What's New
Ask God which town
Where to from here?
CCMBC National Director attends 2022 ICOMB Summit
MCC Canada and MCC Manitoba sell shared property...
The world appears to be growing darker
Sharing a new and unified language
6 reasons to attend the MWC Global Assembly...
One too many
Just one more
A safe place in Winnipeg
Home Life & Faithfeature articles Working at healing and renewal

Working at healing and renewal 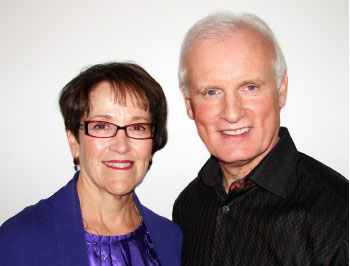 God did a miracle with Abbotsford’s Central Heights (MB) Church, Bruce Gordon declares flat out. God took a hurting church family in the midst of some changes: the healing and renewal worked among them is “nothing short of supernatural.”

Gordon is a pastoral specialist, one of a growing number of pastors who focus on church transitions. Canada’s Mennonite Brethren provincial conferences are starting to embrace this niche form of pastoring during times of leadership change to renew churches, intentionally and systematically.

When change occurs in a church, says Gordon, its pace may be slow or more dramatic. It may not be noticed, or it may be very clear depending upon circumstances. It’s natural at such times for members to experience a sense of loss, even grief and the feelings that go with it (hurt, distance, resentment, or sadness). A new face, to act as facilitator and guide, can make an amazing difference.

Transitional pastor proponents, like Ron Toews, leadership development director for the Canadian Conference of MB Churches, see times of change as great opportunities to restore identity and foundations in a church – while renewing it for mission. Under Toews’ leadership, the conference already has a small number of these specialists at work. He is now busy forming a network of transitional pastors so they can share their wisdom and encourage one another, adding to practical discoveries on renewing a church body for its next years of effective ministry.

Bruce Gordon and his wife Denise are just concluding a two-year commitment at Central Heights (CHC). The church’s pace of change started slowly, spanning many years, but it sped up at the last. Years ago CHC had a weekly attendance in excess of 1,000 people. But Gordon says CHC experienced a decline in numbers, along with other issues, resulting in a loss of momentum, organizational clarity, and ultimately, unity.

Through it all, Gordon says, CHC never lost its core group of members who kept praying for God’s miracles at their church. And now, with God’s answer to those prayers so clearly in their sights, the congregation has recommitted to its call. The people of Central Heights have re-emerged together in God’s love and grace, ready for the ministries God has in store for them.

That’s one element that convinces Gordon that God did miracles among them. CHC had prayed for unity. Now, members eagerly await the start of newly-named lead pastor Tim Klassen’s term. The church called him in dramatic unity – a 99.2 percent affirmative vote!

For Bruce and Denise Gordon, their two years at Central Heights have been a personal blessing. There were costs, they admit, but the blessings were rich. As the “new faces,” they involved themselves closely with the people of a church that they came to love – “passionately.” They don’t want to leave CHC, but they must. “We always said 18–24 months,” Gordon explains. “A limited timeline is part of what makes transitional pastoring effective.”

The Gordons came to Central Heights after helping their own church in Tsawwassen, B.C., through a leadership change. Gordon built his expertise by guiding parachurch organizations like Campus Crusade and other groups through leadership transitions. So, it was natural to help out their home church. But accepting the transitional pastor invitation at Central Heights marked the first time he and Denise applied their gifting in a church they had not been attending.

This specialized ministry embraces eight foundational elements to transitioning a church, but those elements will always vary according to local need. Toews says, “There are intentional check-points to guide a transitional pastor’s work with a church, its structure and functions. But this is still pastoring and it needs wisdom and a lot of prayer.”

Gordon says the first four elements he addressed at Central Heights involved healing and forgiveness, dealing with the emotions that seem inevitable when leadership changes. Closure is needed before one can move ahead, he says. Another major piece of ministry is to restore trust.

Bruce and Denise Gordon facilitated many honest, prayerful, sometimes tearful and forgiving discussions between past and present leadership – and even brought long-past CHC leaders into the process. “The result of those times together was miraculous,” says Gordon. “It was like the Holy Spirit was freed up to move among us, and we watched God do amazing things.”

Other elements on the “to-do list” included clarifying administrative structures within leadership. “It’s surprising how commonly elders or directors and their staffs do not have a clear understanding of who is in charge,” says Gordon. “Not having that discussion can lead too easily to misunderstandings.”

Transitional pastoring in Canada arose from the multi-faceted approach of Outreach Canada, an organization formed in the 1970s. Recently, the Christian and Missionary Alliance in Canada recognized the value of fostering a transition pastorate. Now, CCMBC is embracing it. Toews says the Alliance is generous in sharing its expertise, similar to how the MB church planting network (C2C) has extended its training and encouragement to planters outside of Mennonite Brethren circles. 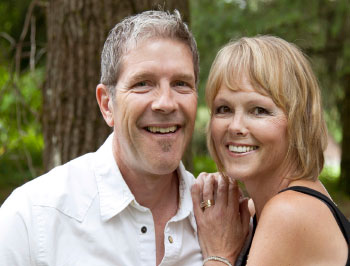 It’s important that transitional pastors have support and the insights of others who are doing similar, specialized work. Gordon affirms the need to have experienced outside people to talk with during a transition process that necessarily has its ups and downs. His group of associates would ask him, “How are you thinking right now?” Such straightforward discussions, he said, cannot be overvalued.

Although there is a body of knowledge about transition, says Toews, the job is complex: there are assessments to act upon, it’s often emotionally intense, and nothing seems simple. There is no formula, but there are guideposts, and for the most part, it’s fulfilling work.

“Healthy, effective churches are built on healthy relationships,” says Toews. “Times of transition can provide meaningful chances to rebuild a foundation and an identity for years of great ministry together – if we take the opportunities God provides.”

A garden of giving