“We are very proud of our distinguished alumni. We take pleasure in presenting awards to such fine individuals to help recognize their contributions to their communities and to the church,” says CMU interim president Earl Davey. “It’s great as well to have this opportunity for current students to get to know our alumni, who were all shaped in important ways by their faith-based university education and experiences.” 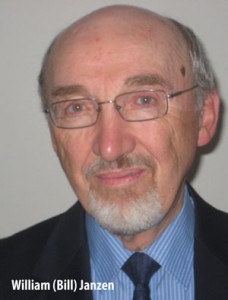 Over a 33-year career as the founding director of Mennonite Central Committee (MCC) in Ottawa, Bill Janzen played a significant part in peace and justice initiatives in Canada and abroad. Opening the Ottawa office in 1976, Janzen took a lead role in advocating on issues of peace and justice to the Canadian government with a number of coalitions.

Two significant projects stand out for Janzen during his career. In 1979, he played a key part in negotiating Canada’s first master agreement for the private sponsorship of refugees. That same year, he authored a report for U.S. Congress on undocumented Mennonite settlers in Texas and Oklahoma. The report led Congress to pass a special bill granting those individuals permanent resident status. Janzen was also involved in helping to found the Canadian Foodgrains Bank.

“I always found Bill to be a voice of calm, reflective reason in the Ottawa tempest,” commented Bill Blaikie, retired Manitoba Member of Parliament, upon Janzen’s retirement in 2008. “He is one of the best examples I can think of for Christian witness and advocacy in the political process.”

Janzen began his studies at Canadian Mennonite Bible College (CMBC). “CMBC was very important in my formation and education,” he notes. In 1970, he earned his master of arts in international development from Carlton University’s Norman Patterson School of International Affairs. He completed a second MA in biblical studies from the University of Ottawa, and received his PhD in political theory from Carlton University in 1981.

Janzen is married to Marlene and they have two adult children. He is an active member of Ottawa Mennonite Church.

Leaving the mountains in her home province of B.C. to attend Canadian Mennonite Bible College (CMBC) on the Prairies was a significant move for Bonita Sawatzky. She wondered what she would do with her life, what she believed about God, and how she would fit in. “CMBC was a great place,” says Sawatzky. “It gave me the ability to think critically as to what I read and heard in the world and in the church.”

Always having a love for learning, she wrestled from infancy with her other love, being active. Born with a spinal cord disorder that affected her arms and feet, she decided to attend University of British Columbia (UBC) and study physical education with the idea of developing methodologies and technologies that would enable people with disabilities to participate in physical activities. She went on to complete a master of arts at UBC and her PhD at Simon Fraser University. Her scholarly work focuses on understanding the biomechanics of human movement in children and adults with spinal cord injuries.

Passionate about her work, Sawatzky began her career as a research assistant in surgery and orthopedics at B.C.’s Children’s Hospital. Today, she leads research work in her field of expertise as principal investigator with ICORD (International Collaboration of Repair Discoveries), an interdisciplinary spinal cord injury research centre. Her role is to develop a rehabilitation laboratory that assesses movement strategies in those with spinal cord injuries.

Sawatzky is married to Brian Wixted; they worship at Peace Mennonite Church, Richmond, B.C., where she has served in church leadership and worship leading. 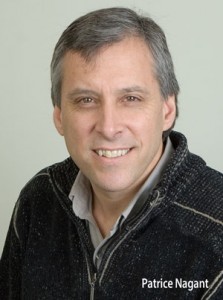 Patrice Nagant is passionate about evangelism and church planting. He and his wife Cindy Bucci gave their lives to Christ in 1980 and joined a church north of Montreal, where they grew in faith. Busy with their interior landscape business, Nagant pursued theological education part-time and at schools including Emmaüs Institut Biblique et Missionnaire, Switzerland; Acadia University, Montreal; and ETEM.

In 1999, they sold their 20-year-old business and moved to Winnipeg to study at CMU. Nagant graduated in 2001 with a BA in theology.

Continuing to oversee development of new churches, since 2005, Nagant and Bucci have also partnered with David and Patricia Miller in planting L’Intersection, in Terrebonne, Que.

Currently, he oversees the C2C Network in Quebec. Nagant and Bucci have three married children.

Award-winning poet Sarah Klassen was born and raised in Winnipeg. She is the author of nine books, including 2012’s Monstrance and the High Plains Award-winning short story collection A Feast of Longing, and contributor to 11 anthologies. Her debut poetry book, Journey to Yalta, received the Gerald Lampert Memorial Award.

“If your notion of a poet is someone who is awash in sentiment and woozy with emotion, reading the work of Sarah Klassen is a useful corrective…. Her observations have unusual clarity and her language is generous and precise,” says Sue Sorenson, assistant professor of English at CMU.

Klassen graduated from Mennonite Brethren Bible College in 1962 with a BA, and earned a BEd at the University of Manitoba in 1971. She taught in elementary schools and later taught high school English.

After retiring in 1990, Klassen continued to teach English as an additional language at Lithuania Christian College. Teaching EAL also took her to Kharkiv, Ukraine, allowing her to visit Barvenkovo, the city from where her maternal and paternal grandparents departed for Canada in the 1920s.

Klassen is a former poetry instructor at the CMU School of Writing. Currently, she is a poetry editor for Prairie Fire and reviews editor for Rhubarb magazine. She attends River East MB Church, Winnipeg.