What's New
Caring for our brothers and sisters
A model of humility and servanthood
Dad’s secret of contentment
Discipled unto mission
On Evangelicalism: Why I am still an Evangelical...
A faith unfaltered by time
A vaccine for grief
Hope Matters
Walking through Lent with Qohelet (Ecclesiastes)
Update on Multiply’s General Director Transition
Home PeopleAppointments Transitions March April 2017 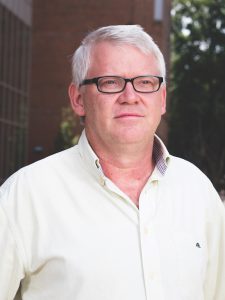 Rudi Plett was appointed associate director of ICOMB (International Community of Mennonite Brethren) in 2017. Rudi will assist director David Wiebe on global assignments and minister in Latin America while also serving MB Mission as regional team leader (Latin America). He has served 17 years as a pastor, most recently at Mennoniten Brueder Gemeinde Concordia, Asunción, Paraguay. He earned a BA at Instituto Bíblico Asunción in Paraguay and studied graduate theology in Germany. Rudi and Ruth Ratzlaff de Plett have 5 children.

In 2016, Richmond Bethel underwent a transformation into Church On Five. Bethel grew out of a Sunday school project of Vancouver MB Church begun in the 1940s, formally organized as Richmond Bethel in 1970 and began services in a new building in 1972. The facilities were extended to serve the congregations of Richmond Chinese MB and Richmond Christian School. After much prayer and discussion, Richmond Bethel joined with neighbouring Christian and Missionary Alliance congregation The Way to form a new entity, Church on Five in 2016. Rob Inrig serves as lead pastor with Deb Judas as associate pastor.

Janelle Hume was appointed director of Mennonite Brethren Church of Manitoba’s School of Leadership, starting Apr. 18, 2017. Janelle has served with MB Mission and Canadian Mennonite University. She has a BEd and is studying at MB Seminary in Winnipeg. Previous director José Luis Moraga is now serving as discipleship pastor at Springfield Heights Mennonite Church, Winnipeg.

Michael Anderson began as pastor at Faith River Christian Fellowship, Saskatoon, October 2016. He has an MDiv from Canadian Baptist Seminary at ACTS. He and Leanne Janzen have 1 daughter.

Alan Harstone began as lead pastor at Northwest Community Church, Meadow Lake, Sask., Nov. 16, 2016. He studied at Taylor University College and Seminary, has pastored in Baptist and Evangelical Free churches, and has served on mission boards and taught at Horizon Bible College. He and Grace have a total of 7 adult children.

Greg Allen joined St. Ann’s (Ont.)Community Church as lead pastor July 2016. Greg has 25 years of church leadership experience. He graduated from University of Waterloo with a Bachelor of Environmental Studies and from Canadian Theological Seminary with an MDiv. Greg and Kelly have 2 married children.

Cheryl Scott began as administrative assistant/bookkeeper at MB Seminary Feb. 1, 2017. Cheryl is completing 8 years with CCMBC as account representative Mar. 31, 2017, and will transition to full-time with MB Seminary Apr. 1, 2017.

With a mixture of gratitude and sadness, the board of MCC Canada announces the retirement of executive director Donald Peters effective Sept. 30, 2017. Don is the longest serving executive director of MCC Canada, having begun his service Sept. 2, 2001. From 2008–2012, he guided MCC Canada through the New Wineskins process, a time of re-visioning and restructuring. Prior to his term as executive director, Don served as principal of Mennonite Brethren Collegiate Institute, Winnipeg, and as MCC representative for Brazil with his wife Elaine 1988–1993. “Don modelled true servant leadership and commitment, and was always just as comfortable travelling in rural Saskatchewan as he was speaking to government or trekking through Zimbabwe to visit a partner,” says board chair Peggy Snyder.

Matt Unruh resigned as associate pastor at Mountain Park Church, Niagara Falls, Ont., at the end of 2016 to take on the role of community life pastor at neighbouring Cornerstone Community Church.

Henry P. Klassen retired from Gospel Chapel, Grand Forks, B.C., where he served 1997–2016. Read “How Beautiful Are the Feet: A Tale of Two Slippers” on mbherald.com for his reflections on ministry.

Canadian Mennonite University announces three faculty appointments, starting July 1, 2017. Jonathan Dueck: vice president academic and academic dean. Jonathan holds a PhD in music from the University of Alberta. He has taught at George Washington University, Duke University, University of Maryland, University of Alberta. He is coeditor of The Oxford Handbook of Music and World Christianities and author of Congregational Music, Conflict, and Community as well as Performing Basketball. A graduate of Canadian Mennonite Bible College, he also took courses at Concord College and Menno Simons College. Rosemary Vogt: assistant professor of business. Rosemary holds a PhD in education, with a concentration in leadership and administration, from the University of North Dakota. She has worked as an instructor at CMU and Red River College, and done consulting work. James Magnus-Johnston, instructor of social innovation/director, Centre for Ecological and Economic Resilience (CEER): Magnus-Johnston holds an MPhil in Economics from Cambridge University and has taught political studies and economics at CMU.