What's New
A FOCUS on Mission
Must Patience Be So Slow?
Harold Jantz: A Heart for the Mennonite Story
Lorlie Barkman: A Life of Creative Engagement
Last Days, First Days
Women in Ministry: Bertha Dyck
January Moment in Prayer “Holy Spirit—Fill Us!”
The Church as the Patient Body of Christ
Advent: Making Much of Jesus: Christmas Day
Advent: Making Much of Jesus: Fourth Advent
Home PeopleAppointments Transitions June 2015

Gracepoint Community Church, Surrey, B.C., said farewell to Jeff Renaud who served the congregation as Bell campus pastor, then community life pastor, since June 2011. He returns to North Langley Community Church (where he previously served 12 years in young adult ministries) June 1, 2015, to serve as pastor for a new campus anticipated to launch in 2016. Jeff and Michelle have 4 children. 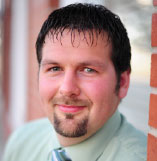 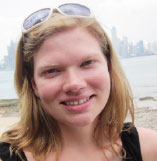 Krause joins CMU as assistant professor of biology. She recently completed her PhD dissertation (on the impact of food security intervention on the health of preschool children in Panama) at McGill University. Her academic background is in ecology and environment. 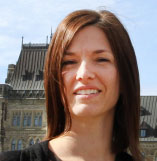 Jennifer Wiebe was appointed director of the Mennonite Central Committee Ottawa Office in April 2015. She has served with the Ottawa office since 2010, as policy analyst for 4 years, and as interim director since September 2014. Jennifer is a graduate of Brock University, University of Ottawa and Conrad Grebel University College, Waterloo, Ont., and was a long-time member of Grantham MB Church, St. Catharines, Ont.

Serving as pastoral elders at Prairie Winds Church, Moose Jaw, Sask., since 2008 and 2009, respectively, Willard Hasmatali and Doug Rempel will continue in church leadership roles but will step back from front-line pastoral work in July 2015. Tim Stabell will take on role of pastoral elder at that time. He recently taught at Briercrest Seminary and previously served with AIM as a missionary in DR Congo (1982–1996), where he will continue to teach 2 months of the year at a Christian university. Tim has a PhD in intercultural studies from Trinity Evangelical Divinity School, Deerfield, Ill. Tim and Susan have adult children. 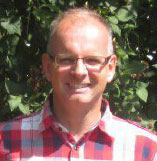 Rick Bayer begins ministry as lead pastor as Gracepoint Community Church, Surrey, B.C., June 1. He has served in pastoral roles for the last 25 years, including a Baptist church in Yorkton and Evangelical Covenant Church in Melfort, Sask.,
and most recently finished a 15-year run in Calgary. He has bachelor and master’s degrees from Briercrest Bible College and Seminary, Caronport, Sask. Rick and Sheila have 2 daughters.

Thanks to a financial bequest from a donor,  served the Alberta Conference of MB Churches as director of caring from January 2013 to April 2015. “We are grateful for the more than 2 years the pastors and leaders of the Alberta conference benefitted from Terry’s experience in care, equipping and resourcing churches for prayer,” says conference minister Paul Loewen.