What's New
Ask God which town
Where to from here?
CCMBC National Director attends 2022 ICOMB Summit
MCC Canada and MCC Manitoba sell shared property...
The world appears to be growing darker
Sharing a new and unified language
6 reasons to attend the MWC Global Assembly...
One too many
Just one more
A safe place in Winnipeg
Home PeopleAppointments Transitions January 2015 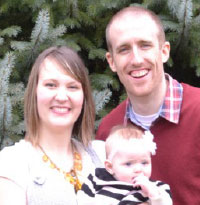 Andrew Eby started as lead pastor at North Peace MB Church, Fort St. John, B.C., Sept. 15, 2014. He holds a master of arts in Christian Studies from ACTS Seminary and has previously served at Maple Ridge (B.C.) Baptist Church for 7 years in a variety of roles. Andrew and Molly have 1 daughter: Lucy. Matt Shantz began as lead pastor at Central Community Church, Chilliwack, B.C., Dec. 1, 2014. The Columbia Bible College graduate previously served the church as pastor of young adults and worship (2010–2013) and as interim teaching pastor (2014). He also served as director of young adults at Northview Community Church (2004–2009), Abbotsford, B.C., and as a church planting apprentice with the C2C Network. Matt and Emily have 2 sons. Jim Nightingale started at Nechako Community Church, Vanderhoof, B.C., as associate pastor in August 2014. He holds a BRE. Most recently, he and his wife Marilou were the pastoral couple at Foothills Community Church, Pincher Creek, Alta. Prior to that, they were missionaries with MB Mission in Brazil and Portugal. Jim previously pastored in Eugene, Ore., and Yarrow, B.C. Jim and Marilou have 3 adult children and their youngest son Zechariah lives with them in Vanderhoof. 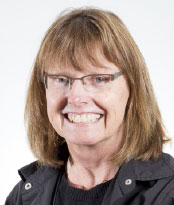 Anne Andres accepted the role of director of library at Columbia Bible College, Abbotsford, B.C., in fall 2014. Anne holds a master of library and information studies from University of British Columbia and has been associate librarian at Columbia since 1998. She has served as a librarian at British Columbia Institute of Technology, University of the Fraser Valley and in academic libraries in the United Arab Emirates and Fiji.