What's New
A FOCUS on Mission
Must Patience Be So Slow?
Harold Jantz: A Heart for the Mennonite Story
Lorlie Barkman: A Life of Creative Engagement
Last Days, First Days
Women in Ministry: Bertha Dyck
January Moment in Prayer “Holy Spirit—Fill Us!”
The Church as the Patient Body of Christ
Advent: Making Much of Jesus: Christmas Day
Advent: Making Much of Jesus: Fourth Advent
Home PeopleAppointments July Transitions 2014 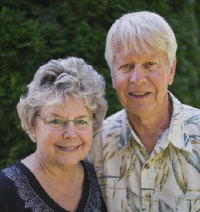 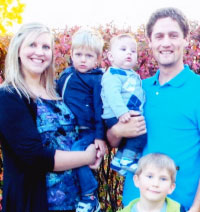 Scott Koop began as lead pastor at Highland MB Church, Calgary, May 26, 2014. Originally from Calgary, Scott has a BA in pastoral leadership from Rocky Mountain College, Calgary, and has nearly completed an MA in leadership and ministry from Ambrose Seminary, Calgary. He previously served 5 years as lead pastor in an Evangelical Mennonite church. Scott and Angela have 3 sons. 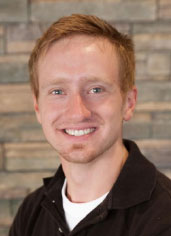 Jonathan Giesbrecht began as pastor of worship arts and community life at Greendale MB Church, Chilliwack, B.C., July 2, 2014. He has a BA in biblical studies with a minor in worship from Columbia Bible College, Abbotsford, B.C., and has previously served with MB Mission’s TREK program and at Northview Community Church, Abbotsford, B.C., as an intern and part-time staff. He is married to Breanna. Previous director of worship arts Gina Balzer completed her service June 2013. 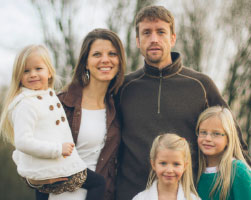 Doug and Deanna Hiebert departed June 2014 for a 5-year term with MB Mission to equip church leaders and build capacity in Burundi. Doug and Deanna studied at Concord College, Winnipeg; University of Waterloo (Ont.) and Brock University, St. Catharines, Ont. They have both worked as teachers and Mennonite Central Committee area representatives for Africa Great Lakes Region (2003–2008), and Doug served as pastor at Cornerstone Church, Virgil, Ont., 1997–1999 and 2009–2013. They have 3 daughters: Madeline, Keza, Avery.

Emmaus Church, Surrey, B.C., held its final gathering Mar. 2, 2014. Members commemorated the ways God used Emmaus church to minister in the Grandview Heights neighbourhood and to help them grow spiritually. The congregation affirmed pastoral teams Dave and Bev Ellis, and David and Alisha McKay for their leadership and blessed them to move forward into new circles of influence. Dave challenged members to be active in new communities of faith, enriched by their experiences at Emmaus. Planted in 2009, Emmaus church met at Pacific Heights Elementary School, Surrey, B.C., with support from the B.C. MB conference and Greendale MB Church, Chilliwack, B.C. The church was not able to achieve financial sustainability.

On a mission to connect with neighbours, City on a Hill, Victoria, met in Jim and Yvonne Mann’s home from 2005–2013, and joined the B.C. conference in 2005. The neighbourhood children were the first to come out, bringing mothers or grandmothers. “We saw people pray for the first time, and together we walked through some of life’s biggest challenges of illness and death,” says Yvonne. “We enjoyed watching people experience a loving God, even expressing their faith in baptisms.” Attendance averaged 12–15 over the years, with a high of 27. By 2012, leaders identified a need for change and decided in 2013 to disband. Members have found homes in a variety of local churches. The Manns are currently part of another neighbourhood church plant meeting in a local community centre.