What's New
A FOCUS on Mission
Must Patience Be So Slow?
Harold Jantz: A Heart for the Mennonite Story
Lorlie Barkman: A Life of Creative Engagement
Last Days, First Days
Women in Ministry: Bertha Dyck
January Moment in Prayer “Holy Spirit—Fill Us!”
The Church as the Patient Body of Christ
Advent: Making Much of Jesus: Christmas Day
Advent: Making Much of Jesus: Fourth Advent
Home PeopleAppointments March Transitions 2014

Waldheim (Sask.) MB Church welcomed Ryan Martin as associate pastor for youth with an installation service Jan. 19, 2014. Having grown up in Philadelphia MB Church, Watrous, Sask., Ryan attended Bethany College for a year and is completing a BA in pastoral ministries at Briercrest College, Caronport, Sask. He served the Waldheim congregation as an intern since summer. 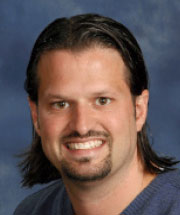 Chris Stevens will begin as lead pastor at Waterloo (Ont.) MB Church Apr. 1, 2014. Lead pastor at The Gathering, Ottawa, since 2005, Chris holds degrees in commerce, psychology and religious education, and previously pastored with the Pentecostal Assemblies of Canada. He is also a graduate of the Arrow Leadership program. Chris and Adrienne have 2 children.

After more than 20 years as pastor to the pastors of Saskatchewan, Ralph Gliege will retire as Saskatchewan Conference of MB Churches director of church ministries in June 2014. Prior to becoming conference minister Sept. 16, 1992, Ralph served as pastor at Hepburn (Sask.) MB (1989–1992); West Portal Church, Saskatoon (1986–1988); Woodrow (Sask.) Gospel Chapel (1978–1986); and as a church planter under Canadian Sunday School Mission in McCreary, Man. (1971–1978). After some time to adjust, he anticipates serving congregations in need of a transitional/interim pastor.  Ralph and Grace have 2 adult children.

Foothills Community Church, Pincher Creek, Alta., closed as of Jan. 31, 2014. Located just east of town, it started as a church plant of Coaldale (Alta.) MB Church with 20 members in 1947. The MB Church of Pincher Creek was dissolved on Nov. 10, 1968, and Alberta MB Home Missions planted a new church named Foothills Gospel Chapel in town. In 1983, the name was changed to Foothills Community Church. Foothills joined with the local Alliance church in 1999 and dedicated a new building Oct. 1–3, 2004. The founding (self-supported) pastor was David A. Durksen. Jim and Marilou Nightingale served as pastoral couple from 2012–2014. The building and assets were given to the Alberta MB Conference for a possible C2C church plant in the future. The church would like to thank Canadian and Alberta MB Conference leadership for their guidance and discernment through the past year.