What's New
Ask God which town
Where to from here?
CCMBC National Director attends 2022 ICOMB Summit
MCC Canada and MCC Manitoba sell shared property...
The world appears to be growing darker
Sharing a new and unified language
6 reasons to attend the MWC Global Assembly...
One too many
Just one more
A safe place in Winnipeg
Home PeopleAppointments January Transitions 2014

Associate pastor at The Gathering, Ottawa, for the past 2 years, Richard Martens moved to Kitchener, Ont., to take on the role of lead pastor at Glencairn MB Church Dec. 15, 2013. Richard previously served as ONMB conference minister and pastor at Evergreen Heights, Simcoe, Ont., and Meadowbrook Fellowship, Leamington, Ont. Richard and Laura have 3 sons. 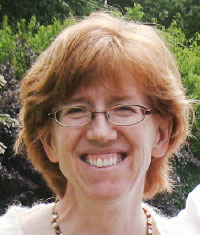 Carol Penner began as pastor at Lendrum MB Church, Edmonton, Jan. 1, 2014. She holds a BTh from Canadian Mennonite University, a BA from the University of Manitoba, and an MA and PhD from University of St. Michael’s College, Toronto. Carol served 9 years as pastor at First Mennonite Church, Vineland, Ont.; 1.5 years at Welcome Inn Church, Hamilton, Ont.; and is a freelance writer and sessional lecturer. Carol and Eugene have 2 adult children. 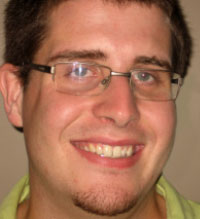 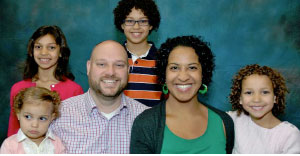 Tim Unruh completed his pastoral responsibilities in the Whistler (B.C.) Community Church, at the end of October, after serving as the lead pastor for almost 18 years. He graduated with an MA from MBBS, Fresno, Cal., and served as pastoral staff at Willingdon Church, Burnaby, B.C., before coming to Whistler. His wife Jeanette joined him in Whistler after their marriage in 1997, and they have 4 school age children. Tim and Jeanette are open to further ministry.

Connect Community Church, Winnipeg, held its last service in July 2013. In 2005, under the leadership of pastor Sean Sagert, 5 families from Westwood Community Church surveyed the St. James community and intentionally built partnerships to serve and “engage people in our neighbourhood who weren’t comfortable in a church setting,” says Sagert. Incorporated in 2010, the church met Sunday evenings at St. James Assiniboia 55+ Centre. “There is a sense of appreciation and pride of what we were able to do, but there’s also a sense of sadness that it has come to an end,” says Sagert.

East Ridge Community Fellowship, Maple Ridge, B.C., held its last service March 10, 2013, concluding a months-long process discerning God’s direction for the future. An outreach by BCMB’s board of church extension, the church held its first public service May 26, 1996, formally organized Oct. 20, 1996, with 32 charter members, and joined that conference in 1997. Founding pastor Harry Loewen resigned in April 2012. Steven Forbes served as part-time interim pastor for the final months. Over the spring and summer 2013, members continued to meet to help each other land in new worshipping communities of fellowship and service.