What's New
Through the conflict, life carries on in Ukraine
A FOCUS on Mission
Must Patience Be So Slow?
Harold Jantz: A Heart for the Mennonite Story
Lorlie Barkman: A Life of Creative Engagement
Last Days, First Days
Women in Ministry: Bertha Dyck
January Moment in Prayer “Holy Spirit—Fill Us!”
The Church as the Patient Body of Christ
Advent: Making Much of Jesus: Christmas Day
Home News Seniors hike for Eden 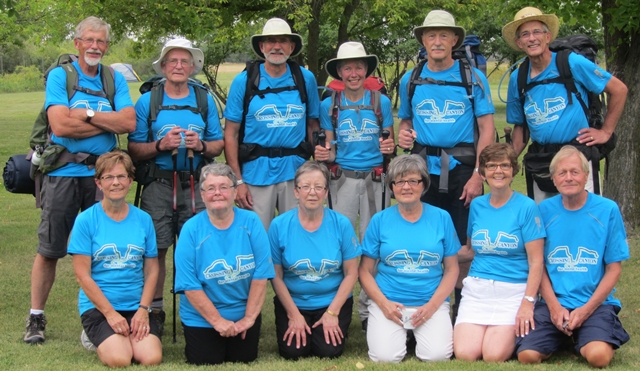 Six “plus-60” individuals from Fort Garry Mennonite Brethren Church, Winnipeg, will hike through the Grand Canyon, Sept. 14–18, to raise funds for Eden Health Care Services’s new housing project on the campus of Concordia Hospital, Winnipeg. The 45-unit apartment building, jointly funded by the governments of Canada and Manitoba, will provide safe, affordable homes for families and individuals whose mental health challenges create barriers to securing housing.

“The stigma [of mental illness] remains today and continues to mitigate against recovery,” says hiker John Janzen. The board chair of Eden Health Care Services grew up in a family that experienced “despair and alienation” resulting from his mother’s mental illness, and is grateful for Eden’s role in her restoration.

“The ‘Group of Six’ want to contribute significantly to providing housing for those who suffer from mental illness and are not capable of providing that safe, affordable place called home without our help,” Janzen says.

“Mental health isn’t a particularly ‘sexy’ issue, and could use some extra visibility and support,” says hiker John Unger. He adds that the death of Winnipeg mother Lisa Gibson and her two children (linked with post-partum depression) raised awareness in the news of the need for support.

Bill Martens – a cancer survivor who has make the trip several times – was the inspiration for the arduous trek, says hiker Dave Loewen. For this hike, Martens will join a six-member care team to provide prayer and logistical support.

The Grand Canyon of the Colorado River is one of the seven natural wonders of the world. “To see creation – it’s so amazing,” says Martens. The difference of elevation from the North Rim to the bottom is more than one mile. “You walk 100 feet and you stop because you get a different view,” says Martens.

The hikers will carry their own food, water, and other essentials for the four-day hike, navigating uneven terrain in hot weather with backpack loads of 14–22 kilograms.

Funds raised will be receipted by Eden Foundation and designated for the Winkler-based organization’s first Winnipeg housing project, scheduled to begin construction in September. Eden Health Care Services will operate the facility, and funding of $11 million haes been secured from the governments of Manitoba and Canada. “Crossing the Canyon for Mental Health” set a fundraising goal of $40,000.

See grandcanyon-rimtorim.blogspot.ca for updates, stories, and photos from the trip.

Who is my neighbour

Put your shoes on and go

When one song doesn’t fit all