What's New
Through the conflict, life carries on in Ukraine
A FOCUS on Mission
Must Patience Be So Slow?
Harold Jantz: A Heart for the Mennonite Story
Lorlie Barkman: A Life of Creative Engagement
Last Days, First Days
Women in Ministry: Bertha Dyck
January Moment in Prayer “Holy Spirit—Fill Us!”
The Church as the Patient Body of Christ
Advent: Making Much of Jesus: Christmas Day
Home Life & Faithfeature articles Put your shoes on and go

Put your shoes on and go

A profile of Salome Hiebert 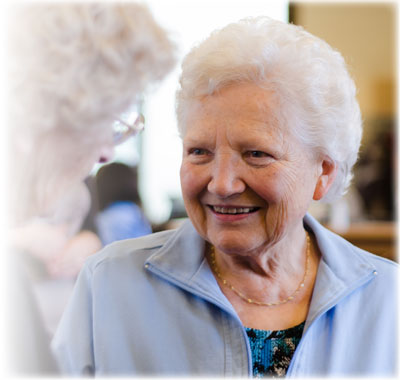 The first paid female pastor in a Canadian MB church never asked for the title. “I didn’t push for it,” says Salome Hiebert, but “if God opens a door for me, I should be willing to walk through. That’s where his promises become so evident to me.”

“There’s something to longevity – to following through with people,” she says.

In 1957, a year into their marriage, Salome and her late husband Jake began attending Fort Garry’s predecessor, the one-year-old Gospel Light Mission Church in downtown Winnipeg. When the church moved to a new location, Salome grieved the loss of First Nations friends who didn’t come along, but she plunged into the opportunities offered by the church’s new proximity to the University of Manitoba: international student ministry.

The Hieberts hosted about 40 students for their first night in Canada, becoming their Canadian “parents.” Their first student was married in the Hieberts’ living room. At four other weddings, Jake walked the bride down the aisle.

One student joined the Chinese Christian fellowship, and within a month, accepted Christ. When he returned to the Hieberts’ home for a dinner, he said, “Last time, you prayed and read Scripture, but why didn’t you tell me about Jesus?” After that, Salome made a point of sharing her testimony and asking each student, “Tell me your story.” When one student asked, “Where can I go to worship with other Muslims?” she offered to find out for him, and “that opened the door wide.”

After Salome and Jake were ordained to the deaconate in 1962, she was invited to become more involved in caring for the church’s women. She visited every new mother with the same gift: she estimates she brought 300 chocolate pies. “Now, those babies are involved in church on committees with families of their own. It’s given me a lot of joy to see.”

Partners in the gospel

The landmark of first female pastor came about for purely pragmatic reasons: in order to offer Salome an expense account, the church had to pay her a salary (beginning with the nominal dollar a year). They turned the former sound booth into her office, so she’d have a place to meet women one-on-one – her greatest joy.

Behind the pulpit, “I never dared call it preaching. I gave devotionals, I led services,” says Salome. “That wouldn’t have happened if the other pastors hadn’t nudged me on.” She can’t say enough good things about pastors who see the individual and encourage everyone to use their gifts.


“Like a partnership in marriage, in the church, men and women learn from each other, ” she says. When Salome took on more responsibility at church, Jake stepped back, saying, “It’s not good for two Hieberts to be on council.” Salome was “on deck,” and Jake became her encourager, a role he revelled in.

“The day of our wedding, Jake said, Your name will always come before mine; when you write our names, it will be ‘Salome and Jake.’ He changed it in the telephone directory, and people could never find us!” Salome says with a laugh. “Prayer is such a powerful reality. Prayer and waiting on the Lord.” If you make spontaneous prayer a habit and keep your eyes open for God, you find him, says Salome. “In church, I saw attitudes change; things were cleared up without a lot of conversation.”

When asked where she’s seen God’s faithfulness, Salome responds, “Everywhere. But particularly, I felt his presence and strength during Jake’s illness.”

Salome loves a challenge (her first job was teaching a one-room school that had run off three teachers the year before), but unlike most problems, in which you work toward a solution and things get better, with Jake’s Alzheimer’s disease, they were told it would only get worse.

“When Jake first realized that dementia was setting in, he prayed God would preserve his mind.” When that didn’t happen, they asked, How do we pray now? “We decided the Lord’s Prayer has everything in it we need for everyday life,” says Salome. So, for years, together, every night, they prayed the Lord’s Prayer.

She still prays the same prayer every night: “I don’t think that’s going to change.”

“We wonder what is required of us in our life of faith,” says Salome, “it’s as simple as relying on Jesus’ words.”

Salome continues to lead the women’s Bible study she began 25 years ago. And she’s always looking for women on the fringes.

One Sunday, she found a woman on the church steps who said, “I came to pray, but I’m not sure if I’m welcome. I’m Hindu.” Salome responded, “Certainly!” “When I got to know her, her landlord was going to put her on the street,” recalls Salome. People from Fort Garry came forward privately with money for her. “She was baptized, and she can’t believe how her life has changed.”

“I’d be the last to say I’ve done everything right; I’ve said things I wish I could bite my tongue off after. That sometimes weighs on me,” says Salome. “When it was difficult, I’d say, ‘God, what can I learn?’ rather than get upset about it.”

Her only wish is that she’d had more time to spend with people. While she enjoyed staying home when her children were small, “I was away a lot in the evenings when my youngest was a teenager,” she says. “Today, I think: we missed out on something. Maybe, on the other hand, we were able to help someone. We tried to leave the results to God.”

Her advice to women entering ministry is “Be ready to do the little things.” Some think making pie or soup is menial, but those unseen acts of kindness can be the most important. “Striving for position doesn’t work too well in spiritual ministry,” she says. “Respond to nudges from others and take advice.”

Salome recalls inviting a neighbour to her Bible study three years in a row before she came. When Jake was ill, this woman kept Salome fed with produce. “You never know what will come out of the courage to put on your shoes and go,” says Salome. “The biggest gift we have to offer is God with us.”

The gift of God’s calling

Women of valour in DR Congo

I am a christian, a member of a Japan-rooted church (80 years ago it started) for 14 years. Before that a member of a MB church in osaka prefecture for 30 years. I started as a christian taught by a missionary couple from North-American MB. This blog awakes me a deep feeling of faith of MB faith style. I love it and think it is true.