What's New
A FOCUS on Mission
Must Patience Be So Slow?
Harold Jantz: A Heart for the Mennonite Story
Lorlie Barkman: A Life of Creative Engagement
Last Days, First Days
Women in Ministry: Bertha Dyck
January Moment in Prayer “Holy Spirit—Fill Us!”
The Church as the Patient Body of Christ
Advent: Making Much of Jesus: Christmas Day
Advent: Making Much of Jesus: Fourth Advent
Home MB HeraldHomepage Remembrance Day 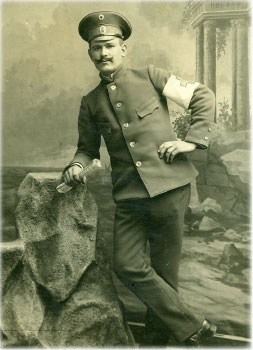 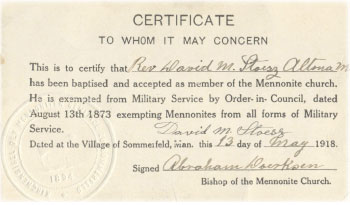 “I am glad that I ever met the conscientious objectors. They meant a lot to me.”

E.J. Swalm records this sentiment from his jailer in St. Catharines, Ont., in Nonresistance Under Test, his brief memoir about his refusal to join the military during World War I.

The elderly man who tended the jail was initially hostile to the young men imprisoned for refusing military service, but asked one of the last prisoners to pray with him to “receive absolution from his sins at the hand of the Lord Jesus Christ.”