What's New
Abortion, the image of God, and faithful witness...
Choosing motherhood: The sacrifice of honouring life
MWC Assembly small but full of joy
Bad back doesn’t hold back MDS volunteer
Transition in CCMBC National Faith and Life Leadership
Leading through the trauma of covid: Part three...
The church distracted: When the main thing is...
Remote wilderness rescue turns into service with MDS...
How open is your mind?
Following Jesus together across barriers
Home PeopleAppointments November Transitions 2013 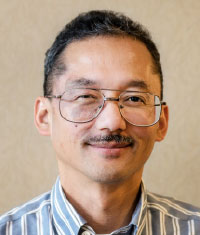 J.P. (John Paul) Hayashida joined the Canadian Conference of MB Churches as director of operations, Oct. 1, 2013., based out of Abbotsford, B.C. He holds a BSc from University of Waterloo (Ont.), and was credentialed as a licensed minister with the B.C. MB conference in 2009. J.P. served 8 years as chief operating officer with MB Mission, and previously worked in consulting, marketing, and training roles with Aspect Computing. J.P and Sandra have 3 children.

Rick Rockwood began as lead pastor at South Park MB Church, Altona, Man., Sept. 1, 2013. Having studied at North American Baptist Divinity School (now Taylor), Edmonton, and trained in chaplaincy, he has pastored a variety of community churches in Canada and the U.S., and has worked in hospitals, most recently as chaplain resident at Alberta Children’s Hospital, Calgary. He and Karen have 2 married adult children.

Robert (Bert) Bell began as pastor of congregational care at Portage Avenue Church, Winnipeg, Oct. 8, 2013. He worked as stewardship representative for the Canadian Conference of MB Churches 2004–2013, and has an MA from Providence Theological Seminary. Bert and Sandy have 2 adult children.

After serving for 9 years in various capacities and as outreach pastor at Christian Family Center, Winnipeg, Cynthia Frazer resigned from her ministry with the church June 1, 2013. Her future plans for ministry are undecided. 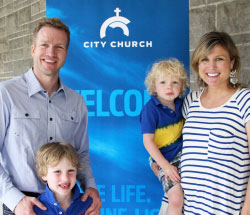 City Church launched in Montreal on Sunday morning, Sept. 15, 2013, with 192 people in attendance. An English church meeting in the midtown area of Montreal at Collège Notre-Dame (across from Saint Joseph’s Oratory), they are primarily reaching Montreal’s largest borough, meaning those who speak English and French, in addition to a densely populated multicultural community. Pastors Chris and Yanci McGregor graduated Dallas Theological Seminary in Texas. Having completed an apprenticeship at The Living Room with Michael and Michele Jones, Chris is lead pastor, and Yanci is creative arts director at City Church. They have 2 children: Sterling, Kingston. “City Church is committed to urgently lead the people of Montreal into a growing relationship with Jesus Christ,” says Chris. “God is stirring in this province, so we want to express our profound gratitude to our MB family and our friends at C2C who are surrounding us with prayer, and partnering with us financially to shine the light of Jesus.” 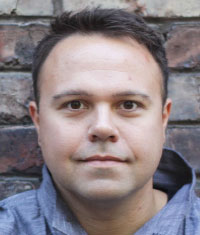 Vancouver’s Christ City Church launched on Sunday morning, Sept. 22, 2013, with 290 people in attendance. The church plant starts in the unique position of having its own building – the recently closed South Hill (formerly Vancouver MB) Church – in South Vancouver. Pastor Brett Landry apprenticed with Westside Church, Vancouver, the sending congregation for Christ City. He earned a bachelor in Christian studies at Christ College, Surrey, B.C. Brett and Alison have 3 daughters. “We are trying to see all people from all nations and all generations come together and be unified by the power of the gospel of Jesus,” says Brett. 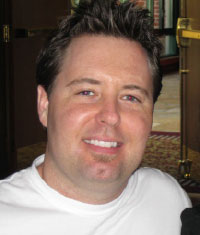 Epic Church in Kelowna, B.C., launched Sunday morning, Sept. 22, 2013, at Martin Avenue Community Centre with some 90 people in attendance. Pastor Monty Scott apprenticed at Kelowna Gospel Fellowship, which will continue to maintain an informal supportive relationship with the plant.  Monty and Denise have 2 children.