What's New
Delete or not to delete, that is the...
Believers bring water for drought baptism
Encouragement to those in the arena
Keeping attention and making an impact: A few...
Open hands to reconciliation
From the editor
Approaching truth and reconciliation with love in our...
MB Seminary offers new MA in Transformational Leadership...
Multiply August Ukraine Updates
Book Review of Return Stroke: Essays & Memoir...
Home News MB Herald editor and communications team lead resigns 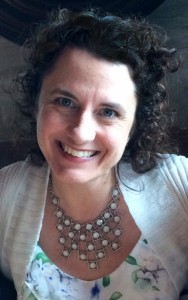 Laura Kalmar resigned from her 10-year  ministry with the Canadian Conference of MB Churches, effective Aug. 21, 2015.

“Laura has been a great team member as we have worked together to communicate God’s activity among us as a family of churches,” says CCMBC executive director Willy Reimer. “Her heart for Christ, the local church and our faith family has been evident in her leadership and her writing. Laura has led well through multiple transitions and I know God will work through her in her new role.”

As editor of the Mennonite Brethren Herald (2005–2015), Laura exercised pastoral gifts (developed previously as children’s pastor at Bakerview Church, Abbotsford, B.C.) within a congregation of 14,500 MB readers across Canada. She guided the magazine through a redesign from black and white to full colour, and presided over the switch from publishing every three weeks to monthly, and more recently to a bimonthly cycle.

Over the course of changes in leadership at the Canadian conference, Laura was appointed interim communications director in 2012. Her title was changed to communications team lead in 2014 as she capably continued to provide cohesion and coherence to the department and external messaging for Canadian MB churches.

Under Laura’s leadership, the Canadian conference also established itself in the social media world, with website redesigns to mobile friendly templates for CCMBC and the MB Herald, and the initiation of Facebook, Twitter and Instagram presences for conference ministries.

“I’ve counted it a privilege to be able to speak into the life of our denomination over the past 10 years, and feel a deep connection to our churches and members,” says Laura. “It’s now time to pass the MB communications torch to someone else. I’m looking forward to being part of the significant ministry of MCC Canada.”

Laura and her husband Jason Topnik are members of Eastview Community Church and have two children, Sophia and Alexander.

MB Herald through the years

The God-bearing life…of a magazine

Thank you Laura for the years you gave to the MBH, for your insights and leadership and sparkle and courage and so much more. It was wonderful to be part of your team for some years. May God bless you at MCC.