What's New
Leading quietly
“I’m Sorry” : Pope Francis addresses a “deplorable...
A matter of love: Reframing abortion
“Any chance you might be expecting a goldfish?”
Abortion, the image of God, and faithful witness...
Choosing motherhood: The sacrifice of honouring life
MWC Assembly small but full of joy
Bad back doesn’t hold back MDS volunteer
Transition in CCMBC National Faith and Life Leadership
Leading through the trauma of covid: Part three...
Home Life & Faithfeature articles “Let’s give them cookies!” 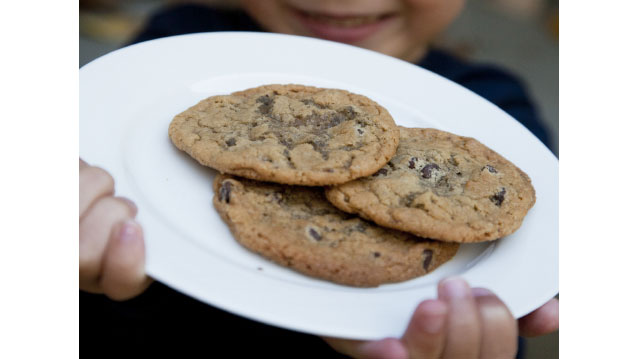 I consider peace and nonviolence a central part of what it means to follow the way of Jesus. I don’t hold this belief lightly, and I realize how complex it can be to maintain such a position in such a violent world. It’s hard to live nonviolently. Just ask my 3-year-old son.

At storytime last week, my son picked the Easter story from a Bible storybook. When we got to the part where there were soldiers guarding the tomb, he was genuinely concerned.

I told him not to worry, Jesus was coming back. (I’m a pastor: I know!) His immediate response: “And I’m gonna fight the soldiers!”

What!?! So much for a teachable moment on eschatological hope! It seems whatever the age, nonviolence is not natural. Now what?

Thinking on my feet in this theological emergency, I brought us back to an earlier part of the story. “I think Jesus would rather we washed their feet,” I suggested.

“That’s what Jesus would want us to do.”

That was enough for him. He liked my idea! Phew… I’d quelled the violent tendencies of my 3-year-old. I showed him nonviolence! was my mental pat on the back.

“Goodnight, son.” (More mental pats on the back.)

At their innocent best, children don’t easily draw lines or limit their sharing (unless toys are involved). If we’re going to wash their feet (i.e., “love our enemies”), well, obviously we’ll give them cookies. In my son’s mind, loving the bad people shouldn’t have limits.

There shouldn’t be limits to loving with peace and nonviolence. It’s a whole way of life as we live and relate to a violent world. Peace, after all, is giving them cookies too!

One very important line from this story is missing! That is, the quote from the title. Confused, I checked David’s blog archives and everything made more sense. :)

Thanks for catching that, Rebekah! It’s there in the print issue; I don’t know what happened to the online copy. It should be fixed now.