What's New
A FOCUS on Mission
Must Patience Be So Slow?
Harold Jantz: A Heart for the Mennonite Story
Lorlie Barkman: A Life of Creative Engagement
Last Days, First Days
Women in Ministry: Bertha Dyck
January Moment in Prayer “Holy Spirit—Fill Us!”
The Church as the Patient Body of Christ
Advent: Making Much of Jesus: Christmas Day
Advent: Making Much of Jesus: Fourth Advent
Home News Good morning, Glencairn!

After 25 years, the church had plateaued at 180 attenders, but a change in staff and direction in 2014 led to amazing growth: some 90 new attenders, of whom 30 have become members and 19 were baptized.

“What blows me away,” says pastor Richard Martens, who began serving at Glencairn in December 2013, is that people who don’t have children are saying, ‘You’re the church with stuff for kids.’” 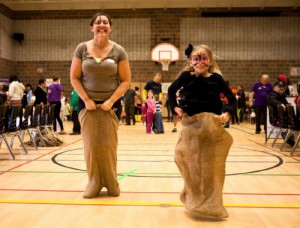 Glencairn had strength in the 50-plus group, but drew few younger attenders. A ReFocusing process in 2013 led the church to pray fervently that God would send youth and families. They are overwhelmed with God’s answer. “We used to have two people in College and Career: now we have 20,” says Ingrid Reichard, pastor of development since 2014.

Dorsch says the elders and the new pastors have “rolling out the welcome mat” to the community, one of the areas identified through Refocusing.

Dorsch and his wife Rachel lead the community outreach team, which, together with Reichard, organized six new outreach events in the last year, including an alternative Halloween party, a family movie night, and a Christmas dinner for the 110 families from Bridges, the church’s food bank ministry.

A community carnival, part of AWAKE Kitchener-Waterloo, drew 800 people. “God is building this positive reputation in our community,” says Martens.

And Glencairn is praying to double the number of life groups, so new attenders will have greater access to community. 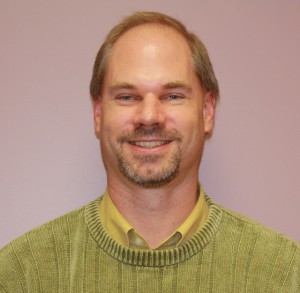 Living in the Bible belt, many people in Kitchener-Waterloo have some church experience, “but it may not be a positive one, and it may be 10 years ago,” says Martens. “We’re drawing a lot of disenchanted people who are reconsidering church.”

Newcomers have created the need for new ministries. A Korean woman found community at Glencairn, and through her networking, 10 Korean families have join her at church. They wanted to learn more English and Canadian culture, so Glencairn started an English as an Additional Language class. Students write down unfamiliar words in the worship service and bring them to class after the service. Four of the Korean families have accepted Jesus as Saviour, including the original woman.

The church has caught the excitement. “In the beginning, we were so concerned about ensuring we had enough volunteers,” says Dorsch. “Now, it’s the last thing we worry about. The swell of support for events is amazing.” Reichard says she won’t be able to teach English much longer because so many other teachers want their turn.

Before a new ministry starts, Glencairn urges the leader to gather a prayer team, so the initiative will be supported.

An answer to prayer

“The answers to prayer are in the small things: seeing a family you recognize from a couple events start to come on a Sunday morning,” says Dorsch. “And hearing stories of folks in the community reaching out to us to find out what event we’re planning next.”

Knowing his two young boys are growing up in the middle of this spiritual vitality is especially meaningful to Dorsch: “God is present whether it’s Friday night event, Sunday morning worship, or Wednesday meeting, and it’s noticeable,” he says. “They’ll learn what it means to be a follower of God and to reflect that in whatever community they’re in: church, school, work and home.”

Glencairn is dreaming about a satellite service or church plant. A building project may be in their future: a large part of their current structure is made up of portables that are deteriorating.

“There’s always the danger of complacency,” says Martens. “Even good changes are really hard on people, and there’s always the pull to rest. We need prayer that God’s vision will be present in our minds.”

“Two or three years ago, we weren’t sure whether this would be Glencairn’s autumn or winter,” says Dorsch, who has attended since he was 10. “To see the turn around and rebirth and new activity is phenomenal.”

“My dream for Glencairn is to grow and further serve the community – whether through supporting affordable housing, or welcoming more newcomers to Canada into our English language program or planting a church,” says Dorsch, “and in doing that, to follow God’s call.”