What's New
A FOCUS on Mission
Must Patience Be So Slow?
Harold Jantz: A Heart for the Mennonite Story
Lorlie Barkman: A Life of Creative Engagement
Last Days, First Days
Women in Ministry: Bertha Dyck
January Moment in Prayer “Holy Spirit—Fill Us!”
The Church as the Patient Body of Christ
Advent: Making Much of Jesus: Christmas Day
Advent: Making Much of Jesus: Fourth Advent
Home News Congolese brothers in Christ build on a dream

Congolese brothers in Christ build on a dream

Elders who grew up together are capping their lives of service with a building project to carry on their work in health, peace, education 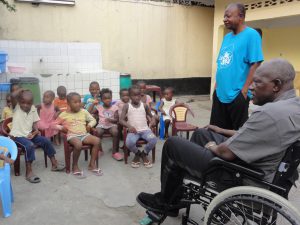 I learned to know Pakisa Tshimika and Pascal Kulungu when they were students at Fresno (Calif.) Pacific University and I was professor and academic dean. Since retiring from full-time teaching in 2002, I have been privileged to walk alongside them as they have served the church and society in their home country, the Democratic Republic of Congo.

Growing up together in the village of Kajiji, each has pursued dreams of helping others. Tshimika directed Africa programming for Mennonite Brethren Missions and Services, coordinated health projects for the Congo MB Church and served as associate general secretary of Mennonite World Conference from 2001 to 2009. Kulungu was a hospital administrator and later finance director and professor at the Christian University of Kinshasa, cosponsored by Congolese Mennonite churches.

Still, both also had other dreams. Kulungu decided to build on his FPU experience. In 2005 he established the Center for Peacebuilding, Leadership and Good  Governance in Kinshasa, combining the dual emphases of his FPU graduate education in leadership and peacemaking with the significant need for good governance in Congo. He has trained hundreds of students, pastors and leaders and members of the civil society of Congo. 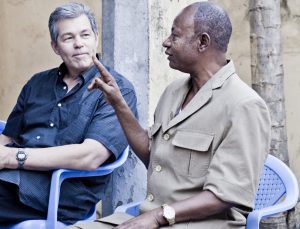 In preparation for the 2006 first free election in Congo since independence, he chaired the Congo Urgent Peace Project Committee of Mennonite Central Committee, which trained some 200,000 Congolese in the dynamics of elections and democracy. Kulungu now continues as director, teacher and trainer of the Kinshasa Centre for Peacebuilding.

Tshimika, on the other hand, took steps toward fulfilling a long-held dream of establishing a training and educational center in Congo and giving the remainder of his life to serving his Congolese people. In 2002 he established Mama Makeka House of Hope, a U.S.-based nonprofit organization committed to health, peace and educational development in Congo. It is named after his mother, whose hospitality has served as a model for him.

Again the two men’s lives are intersecting. Now in their early 60s, they are at the beginning of their elder years. In a culture that respects the wisdom of elders, they are in a strong position to continue influencing and shaping the church and society in Congo. 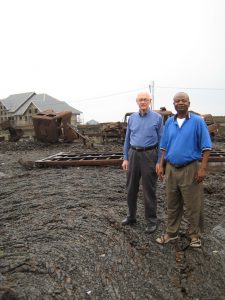 Rising out of the fertile soil of Kinshasa is a growing structure, built on a solid foundation of Congo River rocks, that proclaims something new is happening here. A house of dreams, finally becoming a reality, will contain a seminar room for trainings, a library, dining area, offices, guestrooms and a place for Tshimika and his wife, Linda, to live during their stays in Congo.
Not only will it headquarter Mama Makeka House of Hope, directed by Tshimika, but also the Center for Peacebuilding, Leadership and Good Governance, directed by Kulungu, which now occupies rental space. Already in planning is an inaugural institute led by the two men focusing on their life-long work in health, peace and education in Congo.

Gathering the resources to complete this center is an immediate challenge. Building projects proceed in Congo not with loans that encumber the future but with funds as they become available. The foundation, supporting walls and roof stages are complete and paid for. The next stage is intended to make occupancy possible as windows, doors, plumbing and electricity are added. 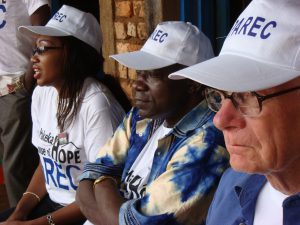 As chair of the Mama Makeka House of Hope board and advocate for the Centre for Peace building, Leadership and Good Governance since each was founded, I have observed the good work of Tshimika and Kulungu. As brothers in Christ, they have never forgotten their people.
In a later stage of lives already filled with significant accomplishments, Kulungu and Tshimika continue to have much to offer. I remain committed to walking alongside both as they give their best to the development of the church and civil society in Congo and build a foundation for those who will follow. 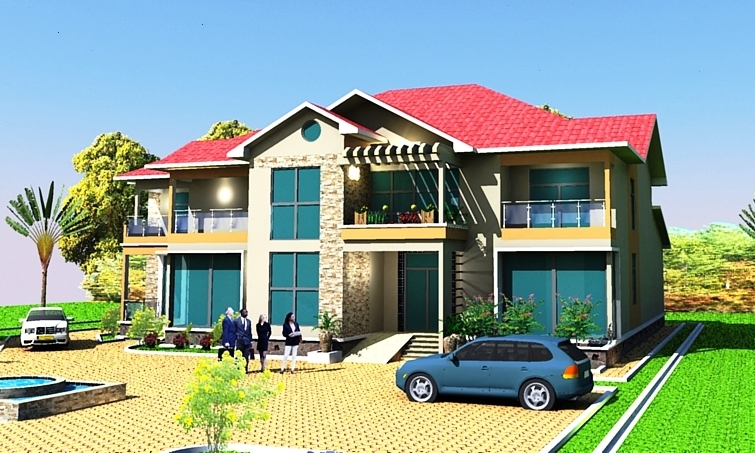 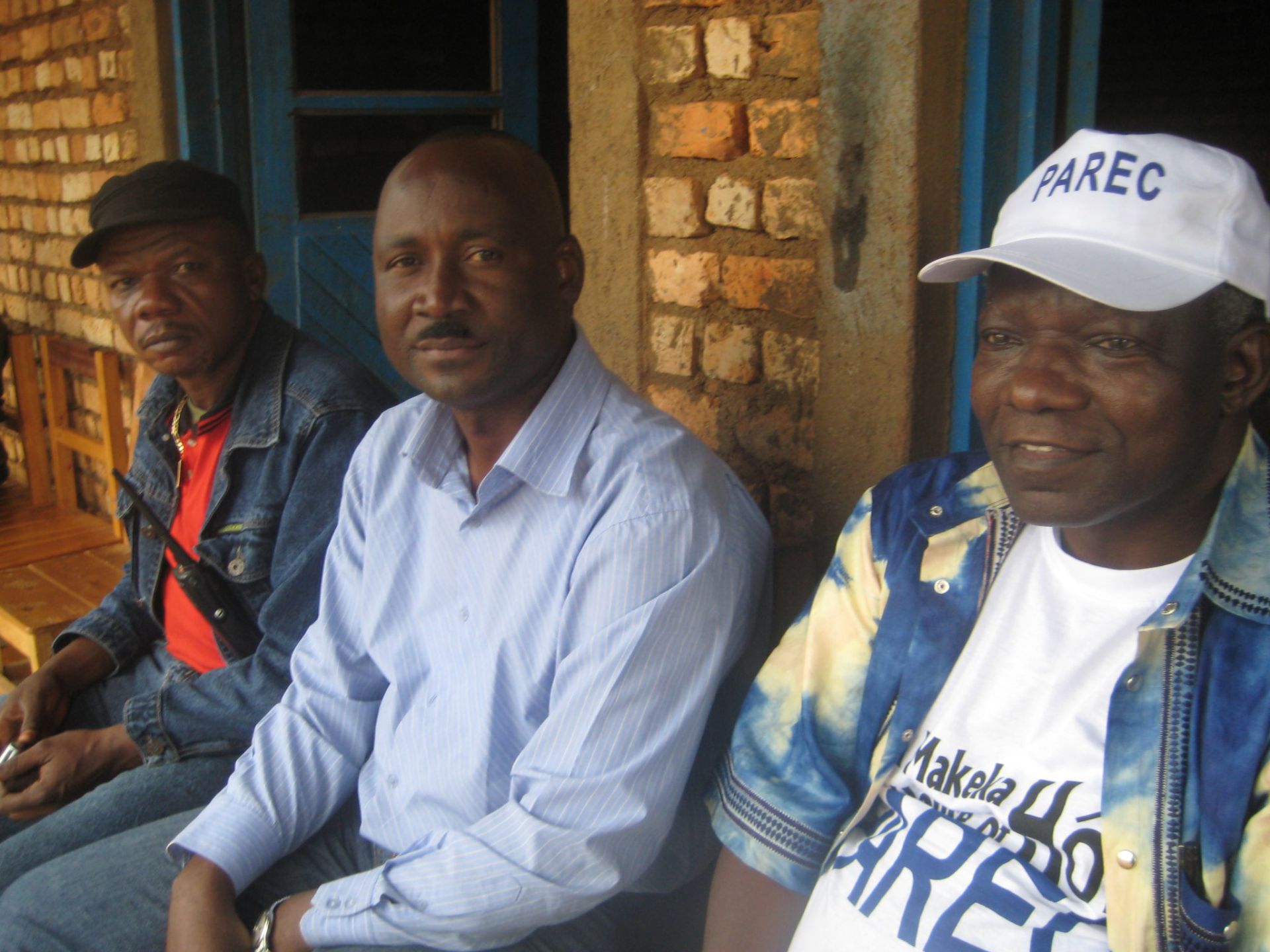 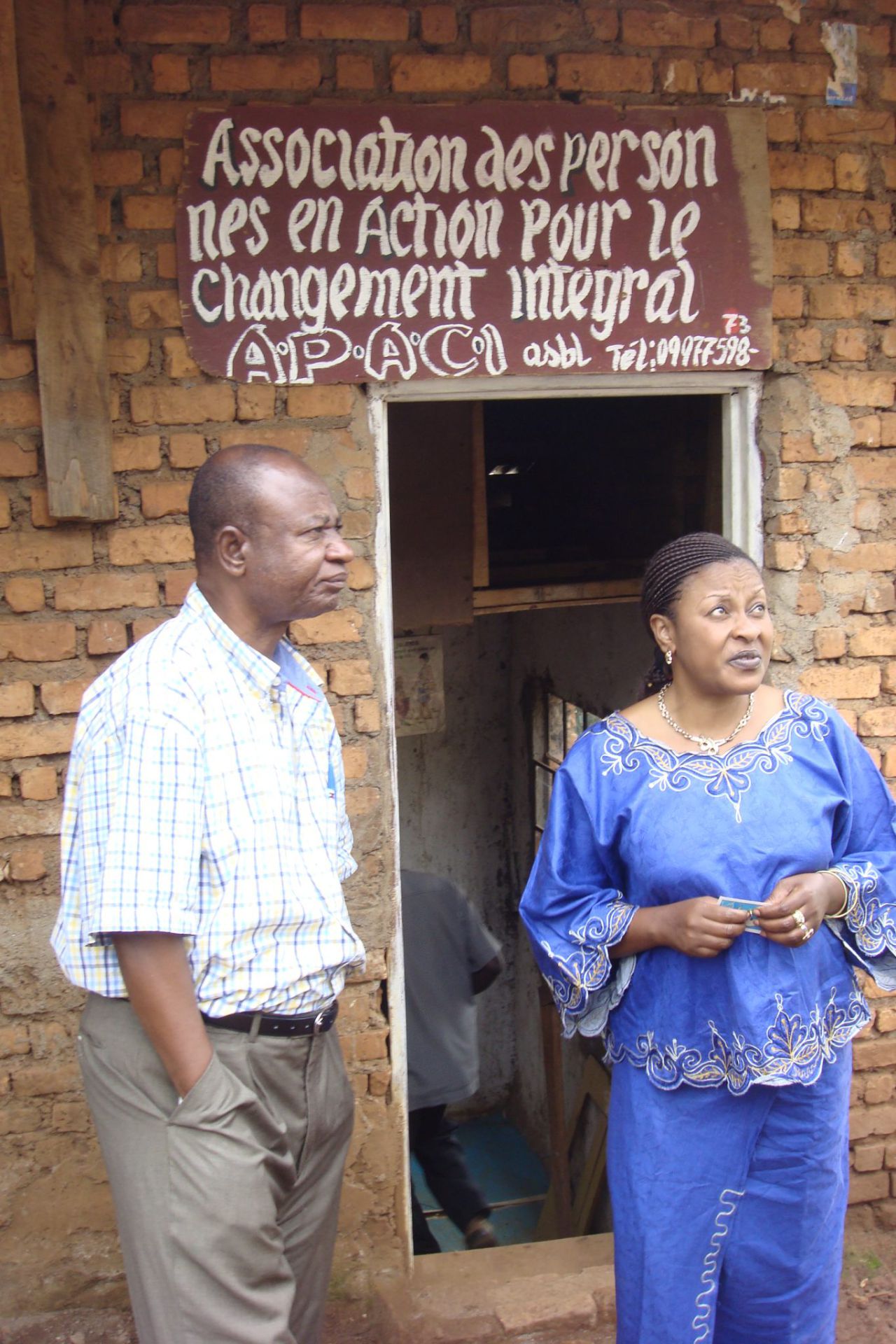 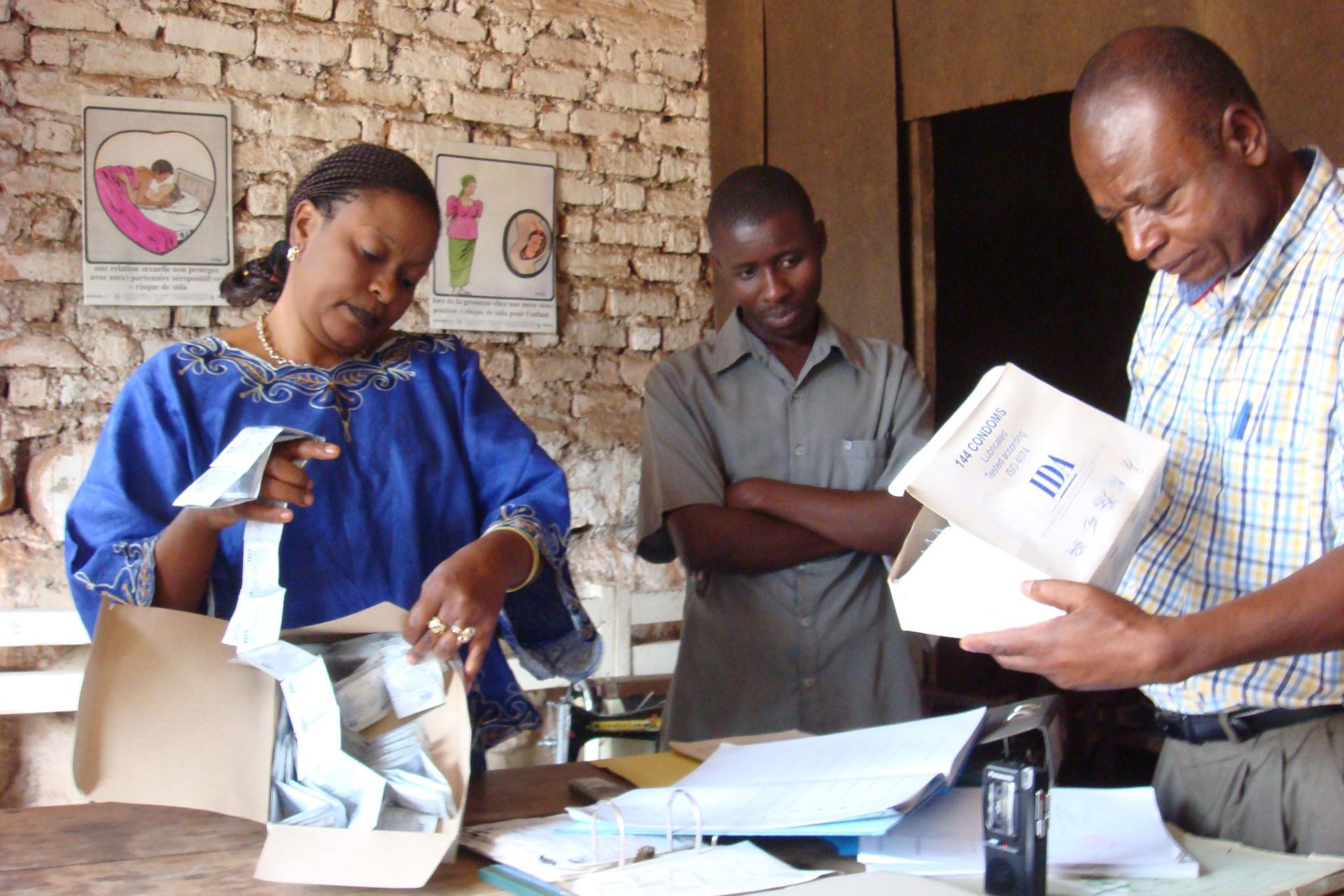 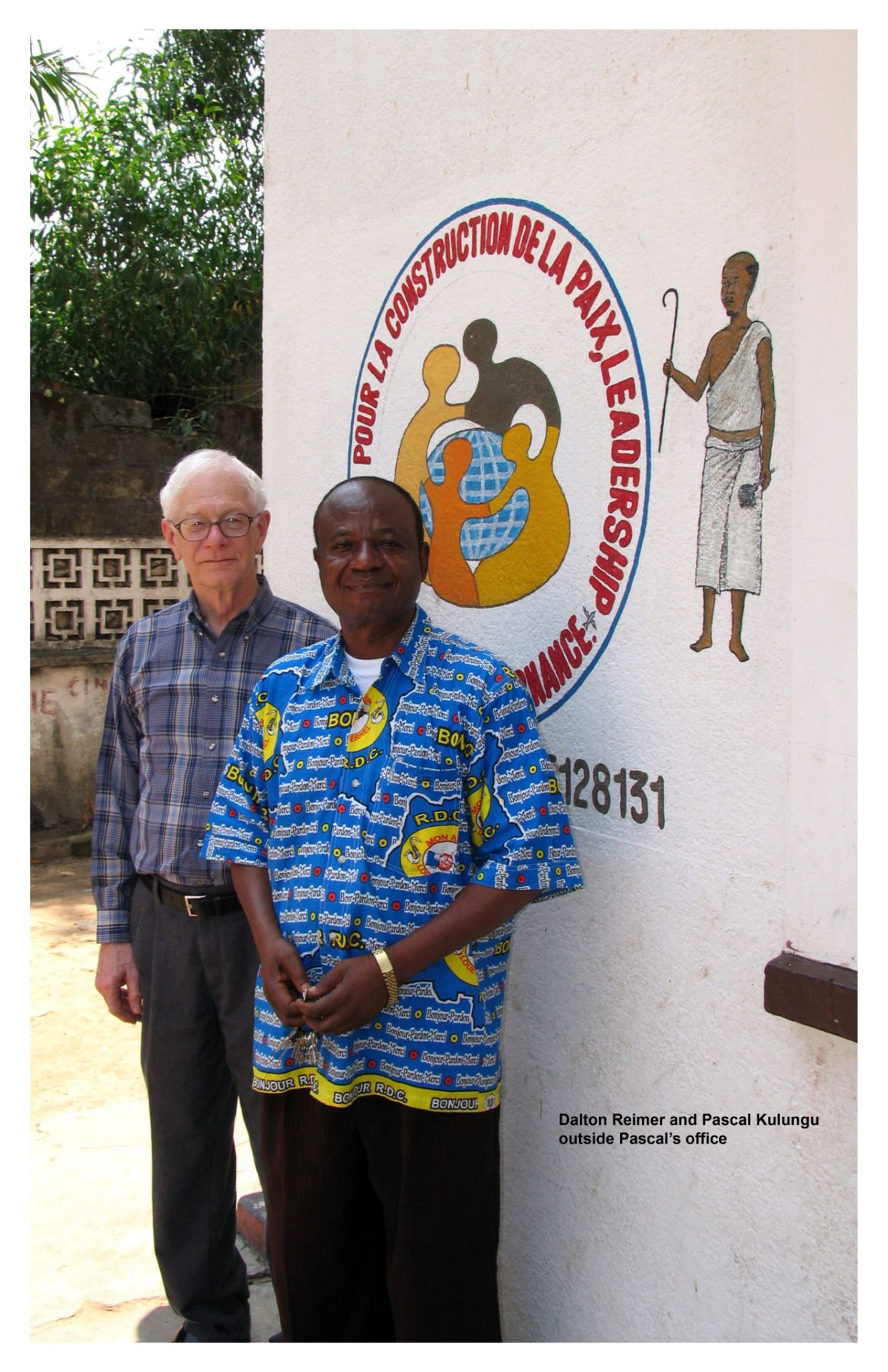 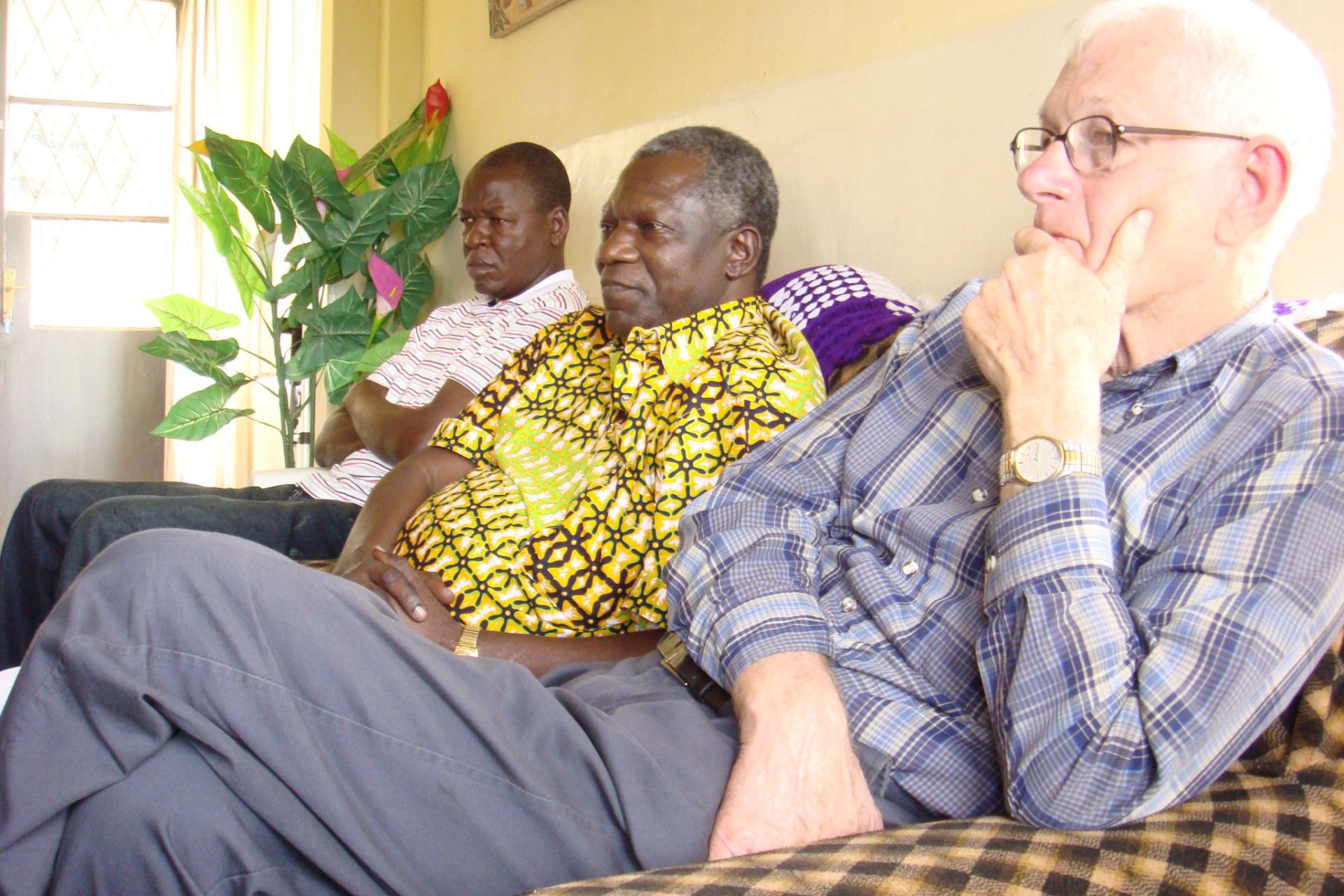