What's New
Through the conflict, life carries on in Ukraine
A FOCUS on Mission
Must Patience Be So Slow?
Harold Jantz: A Heart for the Mennonite Story
Lorlie Barkman: A Life of Creative Engagement
Last Days, First Days
Women in Ministry: Bertha Dyck
January Moment in Prayer “Holy Spirit—Fill Us!”
The Church as the Patient Body of Christ
Advent: Making Much of Jesus: Christmas Day
Home News CMU celebrates class of 2013 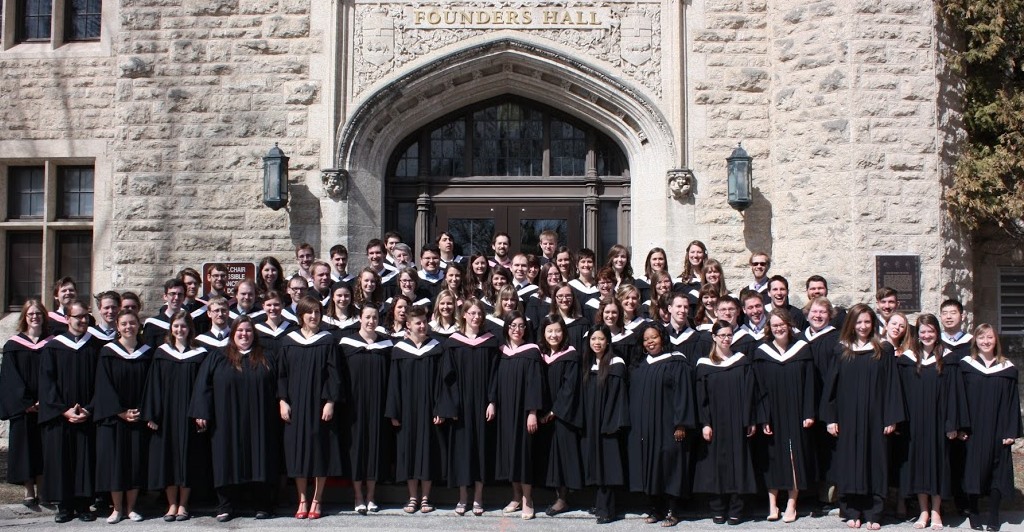 Canadian Mennonite University recognized the accomplishments of its students this past weekend, awarding degrees to 95 graduates and presenting program certificates to two recipients during its 2013 graduation exercises.

The event, held Apr. 28 at Immanuel Pentecostal Church, was the culmination of a weekend filled with reflection, laughter, and tears as graduates and families enjoyed times of sharing through stories, songs, presentations, and meals along with CMU faculty, staff, and current students.

Presiding over graduation ceremonies for the first time, Cheryl Pauls – who became president of CMU this past November – welcomed everyone to the event by saying CMU faculty and staff felt honoured to celebrate the graduates’ achievements.

“These are people who have blessed us with their stories and insights, their passion and inventiveness,” she said. “These are people whose imaginations for new possibilities, and faithfulness as citizens of God’s world, have been growing at much the same rate. For all of these things, we are grateful to God.”

Raya Cornelsen (BA, four-year, Mathematics) gave the valedictory address, speaking about conversation as “the greatest catalyst for change and personal or professional development,” and elaborating that CMU has helped each graduate hone their conversation skills.

She encouraged her fellow graduates to keep having conversations that include reflection, engagement, vulnerability, and excitement.

“As we leave CMU today, we cannot cut off and lock away all that we have learned, experienced, and want to share,” she said. “We are the voices – the pastors, the teachers, the counsellors, the leaders, and yes, even the baristas – who will carry on the least and the greatest conversations that this world has ever known.”

Reg Litz, a professor at the University of Manitoba’s Asper School of Business, delivered the graduation address. Litz encouraged graduates to “think small” – tackle large problems by breaking them into little pieces, and then get one small thing done at a time. This builds momentum that eventually will help get big things done.

This way of thinking will help graduates as they face a world where things like global warming, fiscal deficits, and political instability are realities.

“We do have some big problems – after all, this is a fallen world,” Litz said. “But that said, we are not alone, and our choices matter.”

“Small wins before a big God are still wins that matter,” he added, before congratulating the graduates for their achievements.

“I encourage you to build on the foundation CMU has helped you lay,” Litz said. “I believe that as you look and act, he who calls you will help you find [the] way.” 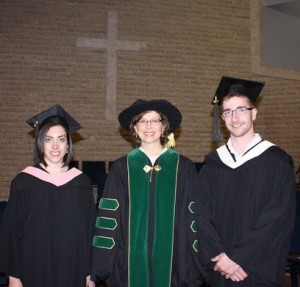 In addition to conferring 95 degrees and two certificates, Pauls also awarded president’s medals to Nicole Richard (bachelor of music therapy) and David Thiessen (BA, four-year honours, biblical and theological studies) in recognition of their qualities of scholarship, leadership, and service.

Also, two Mennonite Brethren students graduated from the master’s program: Ellen Martens (from Boissevain) with an MA in theological studies, and Jonathan Jandavs-Hedlin (from Eastview) with a graduate certificate in Christian studies.

The April 28 service was the culmination of events, including a spring concert and “In Gratitude” student presentation, that made the weekend special for graduates and their families, as well as for current students and visitors.