What's New
Delete or not to delete, that is the...
Believers bring water for drought baptism
Encouragement to those in the arena
Keeping attention and making an impact: A few...
Open hands to reconciliation
From the editor
Approaching truth and reconciliation with love in our...
MB Seminary offers new MA in Transformational Leadership...
Multiply August Ukraine Updates
Book Review of Return Stroke: Essays & Memoir...
Home Life & Faithfeature articles Beyond the next iPhone

The communication challenge and opportunity of our era 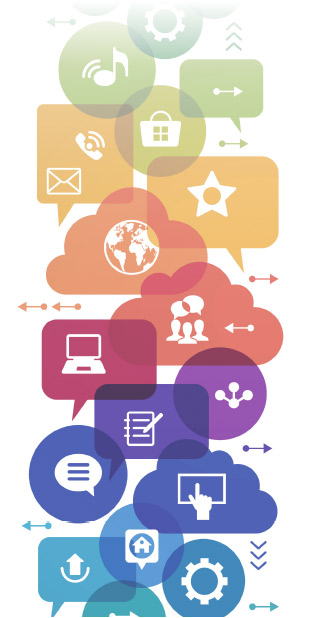 Every now and then, the shape of my summer weekend aligns just right so that at 8:45 a.m. on Saturday morning, I find myself heading down a neighbourhood street in search of a garage sale sign and the next true find.

One of my ongoing curiosities during these adventures is the technology bins, offerings of tube TVs and 1980s boombox stereos. There’s a kind of nostalgia I enjoy in rummaging through boxes of corded phones and cables.

The other effect of these excursions up people’s driveways is the pronounced reminder that society is changing; evolving technology has a keen way of signalling that. As yesterday’s most sophisticated and cutting-edge devices become today’s junk, we have opportunity to make a decision how we will navigate this ever-shifting realm of communication possibilities.

When we begin making choices about communication tools and strategies in our personal lives, in our local church and beyond, understanding our era matters.

In 2006, Henry Jenkins articulated well both the complexity and opportunity of the emerging internet and digital age in his Convergence Culture: Where Old and New Media Collide. Almost a decade later, we are experiencing some of the challenges and promises he foresaw of this era’s technological advances.

One key characteristic of this age is the shift from a broadcast (e.g., TV) to a network (e.g., social media) model of communication. Until recently, content has been produced in a centralized location and distributed via predetermined channel to a mass audience. This is a one-to-many model.

Now we’re moving into a many-to-many model where content production is not centralized and people can interact with the content and each other across a multitude of digital platforms.

The challenge of this new era is that all communication between people becomes more complex. Not knowing who is where, when and on which platform means that we cannot be as confident in believing that our messages are getting to the people with whom we want to connect.

Coupled with this complexity is the ongoing irony of technology’s promises for a better future. I always smirk when I see the billboards of a large telecommunications company whose slogan reads, “The future is friendly.”

The ad implies a glorious and sublime future if only we take on the contract for one of their latest devices. Remarkably, my future continues to be hampered by the mind-numbing intricacy of the sign-up process and asterisked features.

Technological advances have always tempted us with a kind of eschatological hope that suggests “old is passé and ineffective” and “new will save you.” They tempt us to uncritically adopt whatever is deemed as the latest and greatest. They offer a false sense of confidence in technology to address profoundly relational needs.

While there is complexity and challenge in the new era, there are also favourable, fascinating possibilities.

The reCAPTCHA project of Luis von Ahn illustrates ingenious implementation of a many-to-many opportunity. He is a Guatemalan entrepreneur and an associate professor in the Computer Science Department at Carnegie Mellon University (the other CMU). He and his team asked the marvellous question: what kind of good could I create if I had access to just a tiny slice of millions of people’s untapped mental capacity?

This untapped capacity is what New York University’s Clay Shirky calls the “cognitive surplus” available to us for the first time in world history as a result of the digital age.

Luis von Ahn noted that every day about 200 million CAPTCHAs (authentication systems) are typed on websites as people confirm that they are humans and not an automated, malicious robot. These systems often present the user with two out-of-focus words that you are asked to retype in a box – something the brain can decipher but computer robots cannot.

Rather than letting these thousands of collective moments of mundane but sophisticated human discernment go to waste, von Ahn developed
reCAPTCHA. It presents the user with two words to type but links your puzzle-solving skills to a book digitization project.

Now when you visit Ticketmaster and prove you’re a human buying a ticket, you’re also helping to solve the riddle about a word a computer couldn’t read in a book that is in the process of being digitized. People’s momentary but highly sophisticated genius is now harnessed millions of times over each day for good, and society benefits from the sharing of knowledge in digital form.

Why am I telling stories about billboards and Ticketmaster logins? It’s because of Genesis 2:19–20, one of the most delightful and compelling moments in the creation story:

This is a remarkable scene, to say the least, where God invites humankind to co-create reality by naming the world. Through our use of symbols, we participate in shaping our very existence. What a creative potential to steward well for the sake of God’s good purposes!

As the people of God invited into this Genesis 2 privilege, are we holding lightly technology’s promise to take us to the Promised Land?

At the same time, do we have the will to carefully discern opportunities for good offered to us by the past and present models of communication?

We do well to think carefully about the promises of our digital age.

—David Balzer is assistant professor of communications and media at Canadian Mennonite University, Winnipeg, and a member at North Kildonan MB Church. To explore his research project, visit omgthedoc.com.