What's New
Through the conflict, life carries on in Ukraine
A FOCUS on Mission
Must Patience Be So Slow?
Harold Jantz: A Heart for the Mennonite Story
Lorlie Barkman: A Life of Creative Engagement
Last Days, First Days
Women in Ministry: Bertha Dyck
January Moment in Prayer “Holy Spirit—Fill Us!”
The Church as the Patient Body of Christ
Advent: Making Much of Jesus: Christmas Day
Home Life & Faithfeature articles 2 jobs 1 calling

The world of bi-vocational ministry

Sixty years ago, my grandpa wore a suit under coveralls so he could go straight from his farm combine to the church. In those days, it was necessary for most pastors to support themselves with other income. Today, full-time paid ministry is the norm, yet some pastors work dual jobs – many in wildly different professions. How and why are these people dividing their time when ministry is already so demanding? 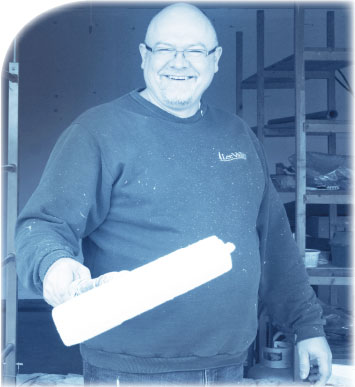 Monty Buhler is a renovator and farmhand. He’s also a pastor. “I let people know when I start a renovation project, if there’s a need at church, that’s where I go,” says Buhler. “But if I turn off their water, I’ll be back to turn it on!”

Buhler has served three-quarter-time at Glenbush (Sask.) MB Church, a church of about 50, since Feb. 22, 2013. In November 2012, he began preaching one Sunday a month, but the congregation fell in love with this “crazy guy.” He now spends 30–40 hours a week on church work and the rest of his time doing renovations and helping a farmer at harvest.

Bi-vocational ministry can opened doors to talk to people who don’t go to church. Some of Buhler’s clients are seniors; some have lost a spouse. Of the eight hours he’s in their home, he may only spend three hours painting or plumbing; the rest of the time is conversation.

“People need someone to confide in,” says Buhler. His own openness about past struggles with pornography, depression and bankruptcy have “opened doors for people in the church to share their secret life, to see you can be broken and it’s okay, to see what God can do with a decrepit sinner like me.”

“My biggest concern is for people in their growth in Christ,” says Buhler. “If they have questions, I want to be there to answer and dig in the Word.”

The demands of two jobs can empty the emotional barrel, but Buhler says church members build him up through encouraging emails and texts and offers of meals. And, he adds, “I have lots of people praying for me. Prayer is the ultimate source of our strength.” 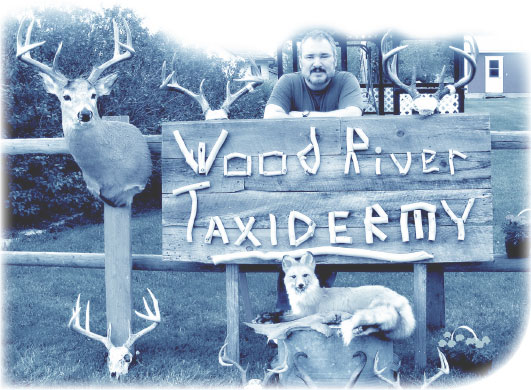 Rick Hawreschuk divides his time between the living Word and dead deer. “We’re in a redneck part of the world,” says the Saskatchewan pastor and taxidermist. “When people see that the local minister has coveralls and boots, you don’t have to go far before people engage.”

Taxidermy gives him licence to talk about hunting stories, where people grew up, places they’ve seen. “That in itself is almost more effective than preaching from a pulpit,” Hawreschuk says. He spends about 20 hours a week pastoring Woodrow Gospel Chapel, a gathering of about 17, and 20 hours a week on his business and working at the local parts store.

“Young people going from high school to college to seminary to ministry struggle with being able to relate to anyone beyond that part of life,” says Hawreschuk. His previous work in ranching helps him connect within an agricultural community, but the working world isn’t the only kind of life experience a pastor can bring. Hawreschuk’s physical weakness due to Guillain-Barré syndrome helps him relate to others’ pain and loss.

Taxidermy is a good fit, both with Hawreschuk’s ministry and his medical condition. Since people aren’t in a hurry for their mounts, he can schedule it into short blocks of time. But there are calls like “My mom passed away,” when he may need to leave an unfinished deer mount, knowing he’ll have to throw it away.

If you’re worried about losing the farm, Kevin Koop can offer you a prayer…and sign off on a good insurance policy.

Koop is paid 22 hours a week to pastor Blaine Lake (Sask.) MB Church and 15.5 hours as an underwriter for Mennonite Mutual Fire Insurance. Half his church hours are spent on sermon and service preparation and the other half on counselling, meetings and administration. “Insurance is gloriously consistent and pastoring is not!” says Koop. “That’s a blessing.”

Being a bi-vocational pastor in a church with an average attendance of 40, and the only resident clergy in town, has opened opportunities for the young Bethany College grad: “It’s phenomenal for me to be here for my age and experience: I preach 25 times a year, I’ve officiated weddings, funerals, baptisms – not things every 26-year-old pastor gets to do!”

Koop’s predecessor at Blaine Lake (1984–2010), Gerry Epp says, “Some people think pastors only work for one hour on Sunday morning! People saw me as someone, like them, who had to work at a job to make a living.”

Epp was a woodworking manager and project supervisor at Menno Industries, a vocational program for individuals with developmental difference, Monday to Thursday 8:00–4:00, which left evenings for family time and preparation for Thursday night Bible study. Message and bulletin prep happened on the weekend.

“I remember being very tired Mondays,” says Epp. “But the jobs were different enough to regularly offset the strain of the other.”

“Every pastor leaves work thinking there’s more they could’ve done,” says Koop. “I have had to come to terms with my limitations faster.”

Koop says the secret to balancing two jobs is lots of communication. His boss is a Christian who willingly shifts Koop’s work days when church emergencies, such as funerals, come up. Both jobs spring from his desire to make a difference.

“Advocates of bi-vocational ministry say it ‘keeps you grounded,’” says Koop, “but being in tune with the day-to-day lives of the people who’ve asked you to be their pastor is a choice you make, whether you work 10 or 20 or 40 hours a week.”

You might expect a new church planter to choose a full-time job that isn’t emotionally taxing, such as pumping gas or bagging groceries – not directing a nonprofit AIDS program.

In 2013, Brian Wiens felt God nudging him to step away from his full-time paid position as pastor of community and mission at Parliament Community Church, Regina, to shepherd Parliament’s new experimental missional community with five other couples. He also leads AIDS Programs South Saskatchewan.

At New Initiative, “we’re seeking to model a movement that doesn’t rely on paid staff, that could have the capacity to grow organically,” says Wiens.
In April, New Initiative baptized a couple, recent immigrants from China, who through relationship desired to “enter into the life we’re living.” Another couple, who aren’t Jesus followers, consider New Initiative “their group” for processing life.

Wiens spends about eight hours a week discipling New Initiative’s leadership team and providing leadership to the larger group, while working full-time as director of a nonprofit that serves people living with HIV, including many injection drug users and those who don’t have a place to live. He says, “It raises questions for a middle class group like ours.”

After 15 years of pastoring, Wiens says, “I realized people weren’t waking up Sunday morning asking what church to go to,” but everyone needs a place to share insecurities, successes and failures.

At his day job, Wiens is conscious of the opportunity to undo misconceptions people have about Christians, such as “The church is irrelevant.” But “maybe that isn’t a misconception,” he says. “Church isn’t as visible from the standpoint I’m in now as it was from my desk at church.”

Rather than hold a Sunday worship service or weekly children’s programs, New Initiative eats and prays together on Tuesdays, serves as families at a care home and intentionally opens their living rooms to each other and anyone God brings. With no paid pastor, everybody pitches in. “This needs to be team-based,” says Wiens.

God in the challenge

In addition to paying the bills, being bi-vocational can open doors to faith conversations by boosting the pastor’s credibility and exposure in the community. It can also stimulate team-based leadership within the church and offer the pastor a regular change of pace. But the challenge of balancing dual commitments is real.

Though the pastors all recognize the necessity of bi-vocational ministry in their own context (often due to limited church budgets), their answers to “Would you recommend it?” differ.

Since there are many avenues for ministry that may get overlooked when the pastor’s time is restricted, Hawreschuk doesn’t suggest bi-vocational ministry unless it’s necessary for survival.

Buhler says he’d recommend being bi-vocational to any pastor: “It puts you in community, and it puts less pressure on the church, especially smaller churches.” Since many people in the community won’t cross the threshold of the church, building other skills within the community can augment ministry.

Epp says, “Do it! It puts you where the people are,” adding, “if you want a challenge, that is.”

Wiens stresses the need for a sense of calling to bi-vocational ministry. “We wrestle with our boundaries as a family, with staying healthy, finding Sabbath,” he says, but he sees this more as an opportunity than a sacrifice.

When asked what he would change, Epp says, “I certainly would have trusted God more! Looking back with 20/20 vision, we can see how God provided each step of the way and worked things out when we thought it was impossible.”

“My wife and I have gone through difficult times,” says Hawreschuk, “but never have we gone without what we needed.” He recalls the day they gave three frozen chickens to a needy family only to have someone show up at their door with a gift of six more frozen chickens.

“I’ll always be a pastor at heart,” says Koop. “The fact that I’m only 22 hours a week is inconsequential. There are challenges and privileges presented by any situation in life.

“You pray and cry your way through it, and God does amazing things.”

Prayers of the people

“Our Homemaker, who art in heaven”