What's New
A FOCUS on Mission
Must Patience Be So Slow?
Harold Jantz: A Heart for the Mennonite Story
Lorlie Barkman: A Life of Creative Engagement
Last Days, First Days
Women in Ministry: Bertha Dyck
January Moment in Prayer “Holy Spirit—Fill Us!”
The Church as the Patient Body of Christ
Advent: Making Much of Jesus: Christmas Day
Advent: Making Much of Jesus: Fourth Advent
Home Arts & Culture Cultural identity and race relations

White Awake: An Honest Look at What it Means to be White 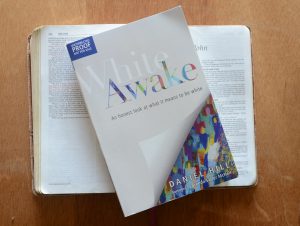 Review by Jared Both

For the past three years, summer has been an explosive time for racial tensions in North America. This August in Charlottesville, Virginia, a white supremacist rally was organized where attendees marched the streets sporting confederate flags, swastikas and semi-automatic weapons.
One woman was killed and more than 30 others injured after violence erupted and a 20-year-old man drove his car into a crowd of counter-protestors. In the same city just a month before, the Ku Klux Klan had also held a rally, with 50 supporters in attendance.

In Chicago, at a rally after the killing of Laquan McDonald in 2015, pastor and writer Daniel Hill joined other Christian leaders and prayed a prayer of repentance for the ways in which white Christians have been complicit in the racism that had led to McDonald’s death at hands of police officers.

Later, Hill’s prayer was replayed in its entirety on CNN and he was invited for an interview. The prayer of repentance had a hit a nerve with many white viewers. After the show, Hill was sent hundreds of angry messages and his social media was covered in complaints from people, many of whom were Christian, who did not see any need for repentance from white people. 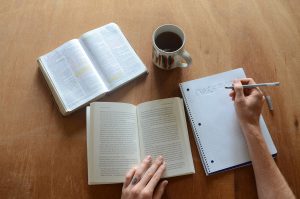 Racism and racial reconciliation has been an largely ignored issue in North American churches. Of course, sidestepping the issue has not made it go away. Especially during the U.S. elections and subsequent Canadian Conservative leadership race, the appeal to white superiority among voters showed the power of racism in North America – and white evangelicals in particular.

Daniel Hill’s book White Awake comes at critical time. It’s a tool to help explain racism to white people – particularly those who don’t recognize that they are part of the problem. Hill explains racism as not a [good / bad], [racist / not racist] dichotomy, but rather as a disease that has infected society which benefits white people in substantial ways.

Article 4 of our MB Confession names the problem of sin in similar way as Hill does in his book. Sin is “a power that enslaves humanity”… “which work through political, economic, social and even religious systems to turn people away from holiness, justice and righteousness.” For Hill, what Jesus Christ does to address the sinful system of racism is create in the born-again believer a “renewed consciousness.” Here Hill references John 3, where Nicodemus (a well respected Jewish leader) comes to ask Jesus questions late at night. Jesus teaches Nicodemus that he must born again with eyes that see the kingdom of heaven. Hill interprets this passage to say that so too must it be for Christians who are “blind” to the sinful system of white superiority. They need to stop trying to solve the problem through blind action and instead “see” the need for white Christians to repent of and lament racial injustice.

White Awake could have benefited from more of an explanation of how this idea has shaped Hill’s underlying theology about salvation. Another issue is Hill’s use of the kingdom of heaven does not include the role of the people of God in a person’s spiritual renewal in the believer’s consciousness of racial justice and how it connects to the church. In Hill’s many examples from his pastoral ministry, it’s clear the church plays an important part. Still, it would have been helpful if more could have been written to connect how the Holy Spirit works through the church to renew the consciousness of the believer. 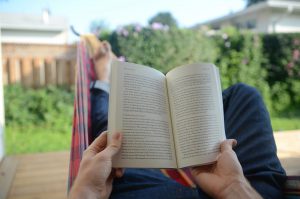 White Awake is a much-needed starting place for conversations about racism and the system of sin that is white superiority. The book succeeds in its use of many first hand and relatable experiences by Hill and his hard-learned lessons are offered to the reader in a humble manner. Another must read is last year’s Herald Press title Trouble I’ve Seen by Drew Hart. Hart’s book offers emotional insight into systematic racism by a person of colour, but it also offers practical suggestions. Let’s pray that the Holy Spirit continues to shape God’s people to greater righteousness through His call for racial reconciliation.

“We must embrace the fact that we are far beyond misbehaved or immoral–we are sick. A sick person can’t cure her condition with hard work or good deeds. The only hope is a cure from the outside. The only hope is Jesus.”

“Colorblindness minimizes the racial-cultural heritage of a person and promises a culturally neutral approach that sees people independent of their heritage.”

[Jared Both is co-pastor of mission and discipleship at Gratham MB Church, St. Catharines, Ont.