What's New
A FOCUS on Mission
Must Patience Be So Slow?
Harold Jantz: A Heart for the Mennonite Story
Lorlie Barkman: A Life of Creative Engagement
Last Days, First Days
Women in Ministry: Bertha Dyck
January Moment in Prayer “Holy Spirit—Fill Us!”
The Church as the Patient Body of Christ
Advent: Making Much of Jesus: Christmas Day
Advent: Making Much of Jesus: Fourth Advent
Home MB HeraldFeatures Finding The Well 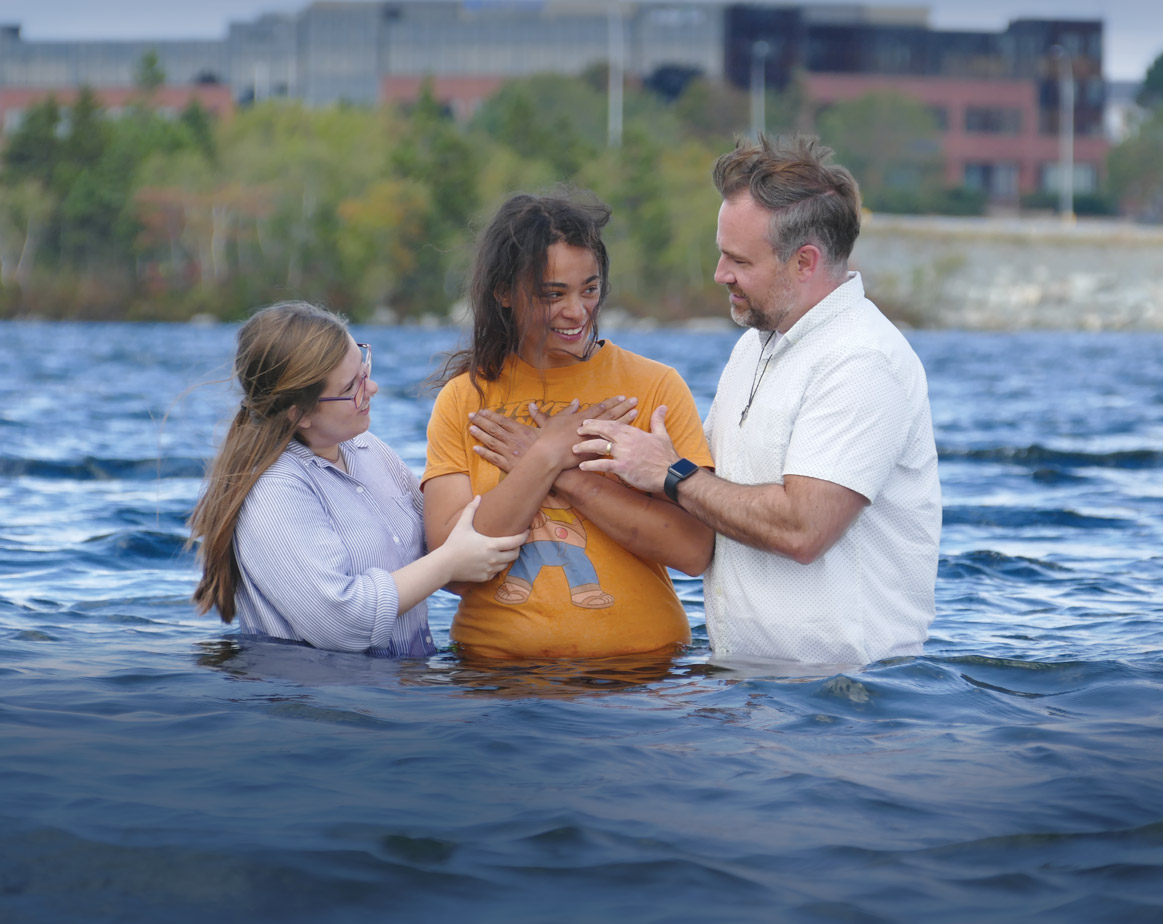 Encountering Jesus at the crossroads

Adam Greely knew that God was calling him and his wife, Suzanne, to plant a church near their home in Dartmouth, NS but was struggling with the name until one fateful walk around Albro Lake. The lake divided the community by class and wealth, and each side of the community had been in fear of the other for many years. Greely knew that where he resided was at a crossroads between the poverty of insufficiency and the poverty of affluence. As Greely walked around Albro Lake, he began to have clarity from the Lord about what his mission was and what the name of his new project would be.

“The Lord brought me to John 4—the story of Jesus meeting a woman who was categorically on the outside in every sense. She goes to the well midday to avoid interaction with her own people and meets Jesus. Her shame goes away and she just wants people to know whom Jesus is, and to share the good news in a way that draws people in. I saw [the lake] being like a well. In scripture wells are symbolic of an intimate encounter, places where new relationships happen,” Greely recounts.

Greely wanted The Well Church to be a place of renewal and new identity for those who attended. His heart desired for people to know Jesus, and see a new humanity defined by Christ, and not by the amount of money in their pockets.

By 2015, Greely was connecting with Christians from both sides of Lake Albro, and had been given great influence within the community. He was hosting worship gatherings in his home and felt it was time to move in a new direction Greely asked the members of The Well at that time to pray about where they believed God was calling their group.

“God said to me, ‘don’t speak. Set out the course and hear people first.’ Unanimously everyone in the room said, we are called to Dartmouth North,” Greely recalls.

Fortunately, Greely and the rest of the group had been in relationship with a local organization called Take Action. The organization had grown its program to over 100 people and had recently been gifted an old school in Dartmouth North. In 2016 Take Action agreed to share the space with Greely and The Well. Within a year the church grew from 17 to about 80 people, with many attendees being from the Take Action program. In the autumn of 2018, The Well moved up the road to a community centre in Northbrook. It was a challenging place with more crime and stigma around the area. The Well lost members, but stayed at their new location with great faith.

One Sunday while The Well team was serving coffee to folks at the community centre, a young lady walked in and started talking to Greely almost right away.

“She came up looking disheveled and launched into talking about her beliefs, and at the time she believed in a bunch of different things but was very intelligent, and I remember thinking, ‘oh wow.’”

The young lady introduced herself to Greely as Lolo.

“The next time she came in, I told her to consider staying for the gathering and again she told me she had PTSD and couldn’t have her back to anyone. I made some space for her and told her I could assure that no one would go back to where she was and nothing was expected of her if she wanted to stay. She stuck around. As I was preaching she was really leaning in. I could tell her level of engagement was really high. She was really thinking and really laughing,” Greely remembers.

A few weeks later, Lolo was continuing to show up to the gatherings. In one conversation with Greely, Lolo mentioned that she had become a Christian.  Greely was surprised and excited by the news. The two went for lunch at a local spot to talk about her journey into faith and what the next steps were for her.

“I started to say, ‘So Lolo…’ and she stopped me and said, ‘You can call me Lauren.’

Lauren had given herself the name Lolo after struggling with her own identity.

“In my conversation with her I could tell that she had a real appetite for scripture and there was a real sense of God speaking to her” Greely says, and he asked her why the change in name. Lauren replied,

“God has been calling me Lauren, and I think that’s important.”

Woman at The Well

In what seemed like no time, Lauren was preparing to be baptized, but knew that there was an important step she had to take first. She told Greely,

“I know that God is calling me to leave my partner.” It was very difficult for her, but knew it was the right decision from God.

Throughout the process of church planting, Greely had kept the story one story in his mind.

“I’ve been praying for a woman at The Well. We are all women at the well! We all have shame and things that God wants to work on. Lauren has a desire to evangelize, and reach the lost. The shift in her life has been amazing.” Greely says with pride.

Lake Albro still has a special place in the life of The Well. Baptisms and new beginnings start there, a declaration that the space and community belong to God. A place we can all meet and encounter Jesus.

Kimberly enjoys writing stories of transformation, faith, and the human experience. She has a Communications and Media degree from Canadian Mennonite University. When she is not writing or working in Riding Mountain National Park, she enjoys cooking, exploring Canadian national parks, and dancing.