What's New
Through the conflict, life carries on in Ukraine
A FOCUS on Mission
Must Patience Be So Slow?
Harold Jantz: A Heart for the Mennonite Story
Lorlie Barkman: A Life of Creative Engagement
Last Days, First Days
Women in Ministry: Bertha Dyck
January Moment in Prayer “Holy Spirit—Fill Us!”
The Church as the Patient Body of Christ
Advent: Making Much of Jesus: Christmas Day
Home Life & Faithfeature articles Unravelling racism

“Who is missing from our tables?” This question has unsettled, challenged, and excited our congregation as we study Scripture together. The prophet Isaiah envisions a diverse future feast of salvation where the Lord hosts “all peoples” (Isaiah 25:6–9). Jesus tells the parable of a great banquet with an inclusive guest list (Luke 14:23). Revelation describes the consummation of God’s Kingdom as a joyous wedding banquet and a hospitable city where the gates are forever open to the north, south, east, and west (Revelation 7:9; 21:2,13,24,25).

Are the doors of our church always and equally open to people of different ethnic backgrounds? What implicit and explicit messages do we send that welcome some people more than others?

If a diverse people will one day dine together in God’s Kingdom, why are the tables in our homes and churches often so homogenous?

Who is missing from our tables? Might racism play a role in segregating our table fellowship?

In the fall of 2017, Cedar Park Church conducted a four-part sermon series entitled Unravelling Racism to explore how the tables we gather around in our neighbourhoods, homes, and church might further reflect God’s diverse future feast of salvation.

Three people shared in the planning and delivery of the series. 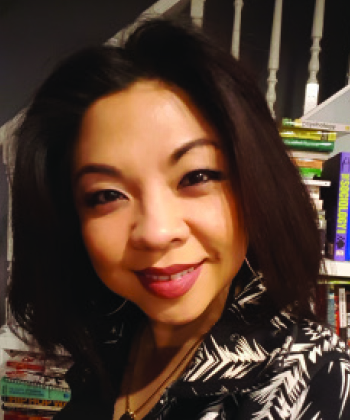 Kate Henderson is a second-generation Canadian whose parents are originally from the Philippines. She currently teaches English and humanities from a social justice perspective in Surrey, B.C. 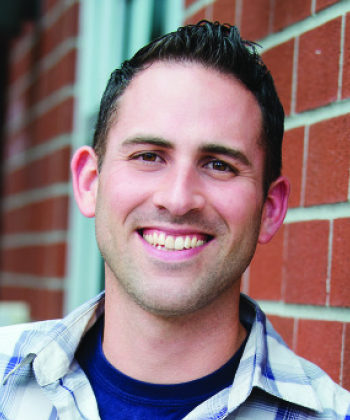 Lee Kosa grew up in the United States, is of Hungarian descent, and is identified as white. He is lead pastor of Cedar Park Church, Delta, B.C. 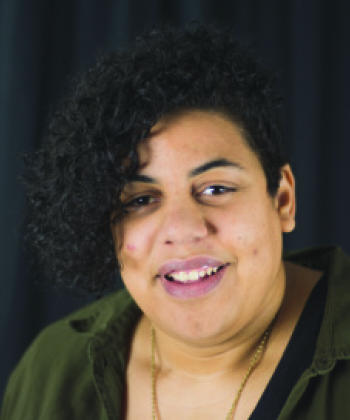 Natasha Tunnicliffe is biracial. Her biological father is African and her biological mother is white. Natasha currently serves as associate pastor of children and youth at Cedar Park.

Advocating for a diverse table

As a person of colour, I found that speaking about racism to a predominantly white audience – especially a congregation that I am still getting to know – was quite a stressful experience. I felt immense pressure to represent my racial group well.

Although I am usually quite comfortable speaking in public as an educator, with the extra weight of trying to not make a “mistake” or come off as a person of colour who is “too sensitive” or angry, I often second-guessed myself throughout the process. I even had a difficult time presenting material that was based on my own personal experiences.

To find the right balance between teaching the framework for racism without pushing people to the point of shutting down, one of the first things we as leaders did was reflect on each of our multiple, intersecting identities with regards to race, gender, and our roles within the church. Acknowledging that all people, regardless of intentions, carry unconscious biases, we felt the most contentious concepts would best be received coming from Lee – a white, male, lead pastor – rather than from Natasha or myself – two women of colour.

“We cannot retreat to the convenience of being overwhelmed.” That sentence gripped me when I first saw it on a sign that white woman held high at a rally in Vancouver one week after the deadly Unite the Right rally in Charlottesville, N.C. That sign, along with the repeated calls from people of colour around North America for white people to take up their role in dismantling racism, moved me to finally address the reality of racism from the pulpit.

I knew I did not have all the answers when it came to addressing racism, but I was no longer willing to use the complexity of the subject as an excuse for my silence. I threw myself into research and felt a profound sense of calling and energy heading into our sermon series.

My naive enthusiasm was quickly dampened when a number of people respectfully expressed disagreement, confusion, and concern after the first message in the series.

I experienced anger and sadness as I witnessed how even though Natasha and Kate felt compelled to hedge their truth (knowing that it would unsettle people), members of the body still struggled to embrace the biblical or contextual relevance of the topic for our community.

I entered into this series with great caution. I had twice spoken at Cedar Park about my personal encounters with racial oppression, and although the congregation was generally receptive to hearing my story, I was occasionally offended by people’s well-intentioned responses. It was clear that racism was at play in our church.

Sharing my story is powerful, but it is not enough to change a systemic problem. Like Kate, I found the delivery process hard. As people of colour, we did not find it easy to deliver messages about racism to a crowd of mostly white people.

In one message, I cited stereotypes associated with “Asian drivers” as an example of subtle racism. People laughed as if it were a joke. They were downplaying or denying the existence of prejudicial views while expressing them right there in church.

Practising what we preach

I spoke about the myth of colour-blindness, and encouraged white people to ask people of colour about their own stories. If you don’t know how someone’s cultural and ethnic background shapes their experience, you don’t fully know them.

I was overjoyed to hear from a congregant (a white, male employer) that – in direct response to this series – he had sat with his employees (mostly people of colour) over lunch and asked them about their experiences of racism in Canada. He also asked how they had been treated at his company. He even shared about an instance when he misused his power in an interaction with one of them. An exchange of confession and forgiveness took place there in the lunchroom.

He ended the conversation by encouraging the group to speak their truth whenever they feel disrespected by someone in the company. He promised that if they felt it was too hard to confront someone, he would stand by their side. He listened and invited feedback about his own actions.

I was encouraged to hear how he was lending his voice and power to unravel racism in the workplace.

Given the complex, multifaceted nature of racism and the limited format of a Sunday sermon, we decided to provide an opportunity for people to further explore the concepts introduced. I hosted our first salon (a meeting to discuss political, economic, and social issues) within a few weeks after our last sermon.

To provide a more intimate and comfortable setting, I held the salon in my home rather than at the church. We started the meeting briefly going over guidelines for our discussion to establish a posture of mutual respect, compassionate listening, and affirmation of our common identity in Christ. The overall goal was to create a safe, non-threatening space for anyone who needed further clarification on, had any questions about, or even took issue with anything we presented during the series.

The meeting had moments of discomfort, but overall was an extremely positive experience.

Following the series, local Cedar Park missionaries Jon and Kim Pelen, who support many Latinx greenhouse workers from Guatemala and Mexico in our neighbourhood, held a Christmas banquet at our church. Jon and Kim were overwhelmed with the number of volunteers who offered to help.

As Cedar Park congregants of all ages dined with Latinx men, enjoying Portuguese-style chicken donated by the South African chain Nandos, I was reminded of the Scriptural image of God’s diverse future feast of salvation.

Why it’s worth it

The sermon series helped pave the way for many people to reflect on the issue of racism, sincerely dialogue about some of the more confusing and controversial parts of racism, and even act on ways to combat it. It has also given our church community a way for us to more knowledgeably engage and develop relationships with others who are racially and/or culturally different from us.

This series has the potential to bring people of different backgrounds closer together by naming the powers that seek to segregate us. There are so many opportunities to hear other’s stories, to truly know people well and to strive to see a glimpse of heaven on earth, an image we see in the book of Revelation of a people ransomed for God from every tribe, language, people, and nation (Revelation 5:9–10).

In his parable of the Great Banquet (Luke 14), Jesus criticizes those who would tamper with God’s egalitarian seating chart, modify God’s diverse guest list, and decline God’s invitation altogether. To engage in the hard and uncomfortable work of unravelling racism from our institutions, neighbourhoods, churches, and hearts is to participate with the Spirit in God’s work of making room at the table for all.

What Does It Mean to be White? Developing White Racial Literacy, Robin DiAngelo, Peter Lang Inc., 2012

White Awake: An Honest Look at What It Means to Be White, Daniel Hill, IVP, 2017

God guides along a twisting path

I have often wondered if the idea of a multi-cultural church congregation and their worship services as being more satisfactorily fulfilling Paul’s injunctions of “neither Jew nor Gentile” was, at times, perhaps its own form of “white” domination. This may sound odd coming from someone who has lived among the poor and marginalized of Latin America for thirty years, but there is an uncomfortable truth that has to be faced by “whites” in this issue. First of all, “whites” often include people of some colour, if they happen to be in charge of the church where “darker” people also go. These issues are all scaled along the continuum of skin colour, and we find in Mexico, all the time, that Latins are very quick to marginalize their indigenous neighbours, sometimes even more blatantly than stories I have heard from North America. Second, as long as the groups within a larger multi-cultural setting are still struggling significantly with identity issues (feeling inferior, in language, expression, education, etc), and are somehow subjected to a congregational life that is conducted primarily in the language and cultural patterns of the dominant group, they will probably never develop good freedom to pursue a relationship (corporate and personal) with God that is, as a starting place, based in their own culture.
Without that, they will only be conforming to outside expectations that this is really what God wants, which is the epitome of “white (whatever shade)” privilege.