What's New
6 reasons to attend the MWC Global Assembly...
One too many
Just one more
A safe place in Winnipleg
When the sent are sent away
Leading through the trauma of covid: part one...
Church of Lithuania supports Ukraine Christians
A mennonite heart for refugees
A great time for building relationships
Multiply announces new General Director
Home News Westside begins new chapter in The Centre 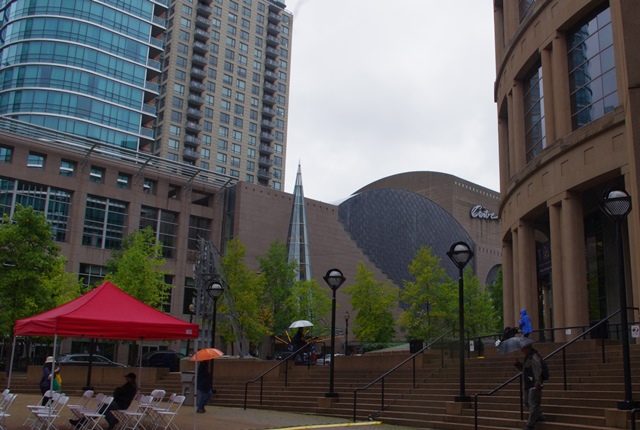 Westside's new location is right in a neighborhood -- of condos. 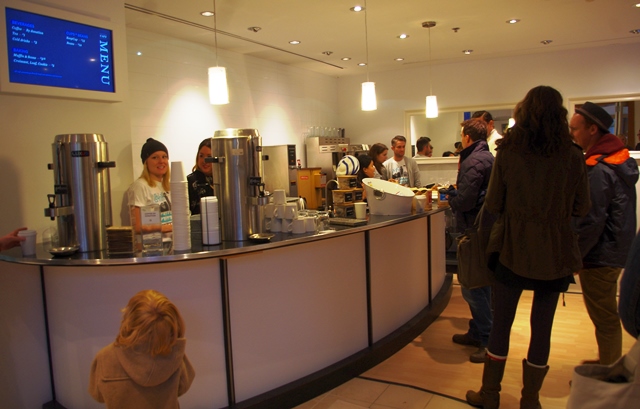 Westside's café, just inside the entrance, serves up coffee. 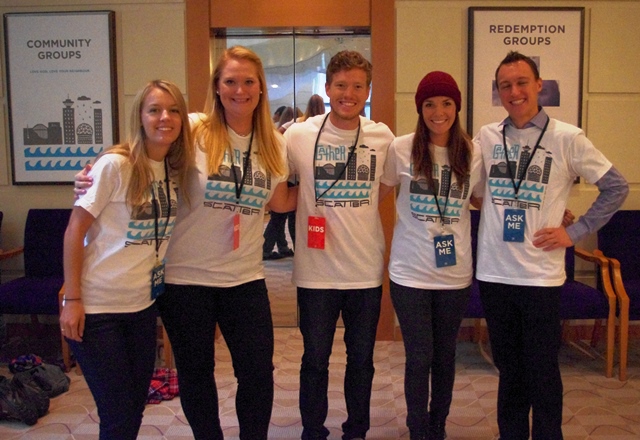 Greeters in launch day t-shirts were easy to spot 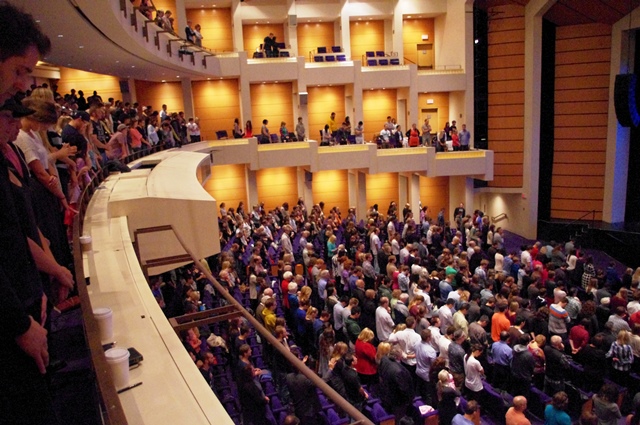 Where once people gathered to watch ballet productions, "Phantom of the Opera", "Avenue Q," and many other attractions, they now gather to worship God. 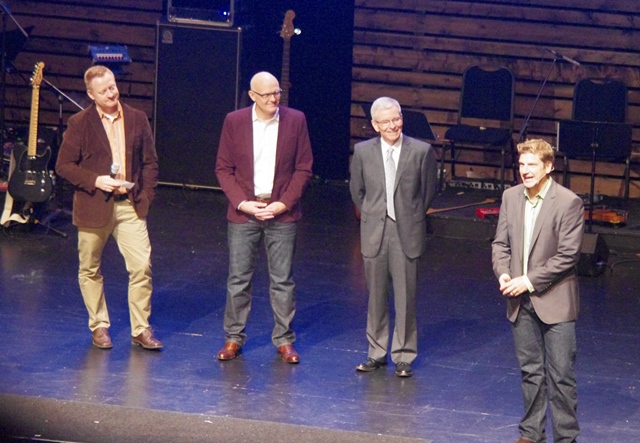 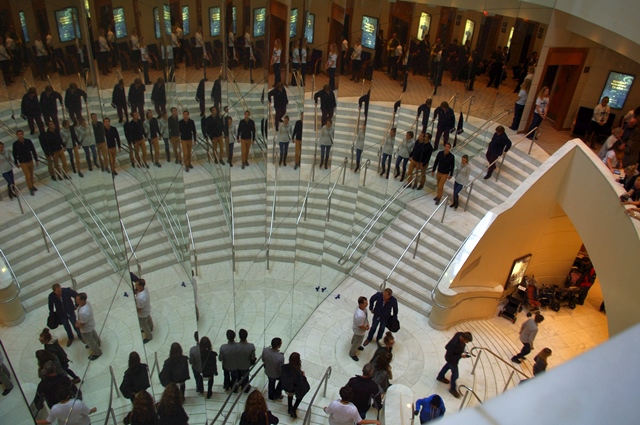 Three-storey mirrors near the entranceway are a dramatic feature of The Centre's architecture. 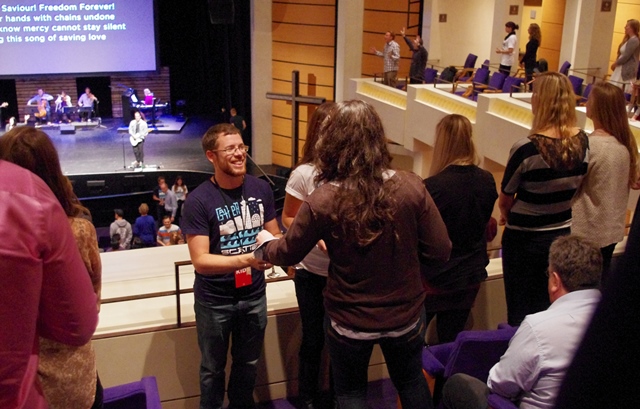 The service ended with prayer and Communion.

Not all the 1,800 seats were taken in Vancouver’s former Centre for the Performing Arts on launch Sunday, Sept. 29, but only a few chairs were vacant as Westside Church held its first service downtown, in the heart of the city. “The Centre” is Westside’s new home.

Lead pastor Norm Funk made it clear that a new chapter has begun in Westside’s life and ministry.

It’s “a downtown chapter,” he said, as he introduced the leaders of three other downtown evangelical churches. Funk paid tribute to the pastors for their work on “three great ministries” in the city’s core. Darrell Johnson of First Baptist, now in its 128th year, was joined by David Koop of Coastal Church and Nelson Boschman of MB church plant Artisan Vancouver that rents meeting space across the street in the iconic Vancouver Public Library building.

“This is significant,” said Funk. “The downtown is an open area of opportunities to bring the gospel to people who do not know about Jesus.”

He said there is a good chance the four pastors on the stage might not agree theologically on all things. “But that would only be on the non-essentials,” he said. “What we do agree on is that most people in this city are lost. We agree the gospel is their hope. The gospel is demonstrated in its power, in spite of people not agreeing on some small issues.

“We are not in competition,” Funk told the congregation. “We are for The Church in this city.” Westside wants to join First Baptist and Coastal and Artisan in what they are doing, he said.

The three visiting pastors prayed for Westside in its new location and ministry. Boschman asked God to unite all four ministries as one family of faith. Koop thanked the Lord “for the way this [move downtown] has played out.” It’s not easy to stand in the darkness as a light in this city, he said. “Let this become a Christian city.” Johnson said, “We believe, God, that you especially dwell where people gather in the name of Jesus. It is with great joy that I claim this as a place where you will dwell.”

Funk in turn prayed for the ministries and leaders of the three churches – and for Vancouver.

Westside started as an MB church plant in 2005 in Vancouver’s Kitsilano district. As the new congregation started its services at Fifth Avenue Cinemas, it moved quickly to plant another church (Reality Vancouver) in 2009. Later, it moved to a larger rented venue on nearby Granville Island, and launched a North Vancouver campus in 2012.

Then came an opportunity that Funk said Westside would never have thought of “in our wildest dreams.” There was a chance to acquire its own space, because “The Centre” was up for sale.

As the move-in proceeds, special rooms for children’s ministry and offices continue to take shape in the theatre structure designed by famous Montreal architect Moshe Safdie. And on the street, windows that once displayed show posters now show Bible verses and announcements about the activities inside.

[…] During Wednesday night’s celebration service, delegates and guests from across the country were introduced to the concept of being the church on mission in the heart of the city. Norm Funk, pastor of Westside Church who are hosting the event, shared the story of his congregation – from its genesis in a downtown movie theatre to its current home at The Centre. (See “Westside begins new chapter in The Centre.“) […]

[…] a gamut of perspectives and geographies simply by taking a walk. Through miraculous provision, Westside Church anchored a gospel beacon at one end of Robson; Dennis believes God could raise the mortgage and pay the taxes on a discipleship training centre […]