What's New
Through the conflict, life carries on in Ukraine
A FOCUS on Mission
Must Patience Be So Slow?
Harold Jantz: A Heart for the Mennonite Story
Lorlie Barkman: A Life of Creative Engagement
Last Days, First Days
Women in Ministry: Bertha Dyck
January Moment in Prayer “Holy Spirit—Fill Us!”
The Church as the Patient Body of Christ
Advent: Making Much of Jesus: Christmas Day
Home News How Tweet it is 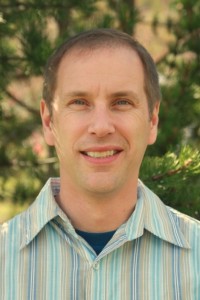 Last spring, pastor Mark Wessner had an idea for sermon time in Westwood MB Church, Prince George. People traditionally sit and listen, he mused. How could he encourage questions? How could he find out what people wonder but do not ask? The idea came to him: in this mobile electronic age – Twitter!

Unlike putting up your hand in class where everyone turns to look at you (an embarrassing deterrent to disclosure), with Twitter, Wessner figured, people could send him a question in a way that was non-threatening. Because Twitter requires each message to be short, questions would be focused.

That’s what happening periodically at Westwood. Starting in May and June, people were encouraged to bring their tablets and phones to Sunday service and ask about what wasn’t clear to them in the day’s Scripture. At the end of the sermon, Wessner had set aside time to refresh his phone or tablet and answer the questions.

The result was so encouraging that the leadership team decided to do it again in fall. This time, they would work in advance so answers could be better prepared.

The fall kickoff, Sept. 9, set the groundwork by looking at the Bereans in Acts 17. (They were the ones who “examined the Scriptures” before deciding issues.) For the next three Sundays in September, the congregation was encouraged to ask questions.

This time, it didn’t have to be tweets. People could use a tear-off sheet from the bulletin, send an email or tweet. There were 53 questions.

Sermons in that month included answers to queries about God, on Bible origins, on whether there is a difference between the Old Testament God and the New Testament God, about creation and evolution. There were also questions on how to live the Christian life, on gifts of the Spirit, on prayer, on the Sabbath, and even on how Westwood does pastoral care (e.g. how does the church care for its pastors!).

The congregation participated actively, seeking out handouts when they were offered.

Wessner said response was positive, and it was fun to do. However, a public forum for questions and answers doesn’t suit every sermon series or topic. He says contemplative studies don’t lend themselves to such questioning, because one is directing questions inward. Wessner has been learning when a “Q&A” format works and when it doesn’t.

Wessner likes to keep track of what people are wondering about, and to engage congregation members – or potential members – in a systematic way. He says some people think Westwood is just trying to bring more people to come to church. But says, “My goal is not to get people to attend. My goal is to get people to meet God.”