What's New
Leading through the trauma of covid: Part two...
Ask God which town
Where to from here?
CCMBC National Director attends 2022 ICOMB Summit
MCC Canada and MCC Manitoba sell shared property...
The world appears to be growing darker
Sharing a new and unified language
6 reasons to attend the MWC Global Assembly...
One too many
Just one more
Home News Passing the baton: MBBS board names new president 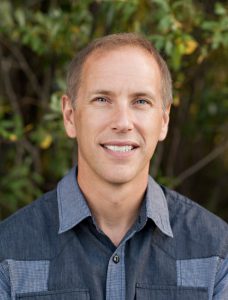 During the January 2016 Week of Prayer, MB churches across Canada were called to prayer and fasting for a new president for Mennonite Brethren Biblical Seminary. On May 25, the MBBS board of directors appointed Mark Wessner as its next president, effective Aug. 8, 2016.

Mark has been a pastor at Westwood MB Church in Prince George for 10 years, the last six as lead pastor. Mark has been active in the life of the MB church, having served on the BCMB conference committee responsible for licensing, credentialing and ordaining pastors, and on the Executive Board of the Canadian Conference of MB Churches.

Concurrent with his church ministry, Mark served as adjunct professor at MBBS and as professor in the American Public University and University of Northern BC. Much of his teaching has been online. Mark also worked for 12 years for the B.C. government overseeing land development.

“We prayed that God would allow us to name a new president by Gathering 2016. God provided, and we humbly thank him,” said board chair Ron Penner. “We believe Mark is well positioned to take the baton of leadership and run the next lap with the MBBS team, educating and equipping men and women to serve Jesus.”

“We give thanks to God for answering the prayers of his people, and for Mark’s obedience to the nudge of the Holy Spirit,” says Willy Reimer, CCMBC executive director. “We know Mark grieves leaving Westwood, yet his love for the local church and her mission is in part why we celebrate his appointment.”

Mark is married to Jennifer, and they have two teenaged daughters.