Do you have a love-hate relationship with anticipation? It is often exciting to wait for a birthday package to arrive in the mail or a distant family member to arrive on your doorstep; however, as time drags on, the anticipation can start to drive you crazy, can’t it?

In fall 2014, the initial dreams and conversations were sparked. As discussions continued and interest increased, our sense of anticipation grew as well. A ministry team was recruited, plans were made, partnerships were formed and paperwork (lots of it!) was completed.

Eventually, after waiting for what seemed to be forever, the first two of the families Westwood was sponsoring from Syria arrived in Prince George in January 2016!

I have since transitioned from Westwood to MB Seminary, but as I reflect on the journey, I have come to see Jesus’ words to “be my witnesses” in Acts 1:8 in a new way.

God stirs the hearts of his people.

Westwood’s sponsorship did not start with Westwood staff. That is significant. Part of Westwood’s DNA is the belief that God calls his people to mission, and often our role as leaders is to simply discern, affirm and equip people for ministry. Because of this belief, it was natural to build a very effective non-staff ministry team that partnered beautifully with our pastoral leadership.

When we carefully respond to the Spirit’s leading, amazing things start to happen.

Sponsorship would have been impossible without MCC. Even though the paperwork was frustrating at times, an effective relationship between the federal government, MCC and our church was critical to achieving the outcome. We also worked closely with three groups: IMSS (our local immigration society), an organic community group that sprang up to help with the Syrian crisis and the media. Our sponsorship experience has been a wonderful example of how the sum is often greater than the parts and that opportunities to be witnesses exist outside our doors. 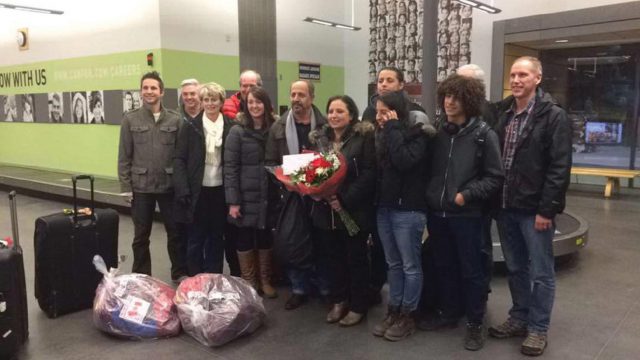 The world is watching us.

In the context of Prince George, the timing of Westwood’s sponsorship attracted a fair amount of community and media attention. One of the most frequent sentiments we heard was, “it is nice to see a church doing something positive.” We now have many stories of people who are not connected to church – even some who are opposed to the idea of church – offering unsolicited encouragement and financial/practical support.

It is great to see church and community work together toward a common purpose. Our sponsorship was one of the “top stories of 2016” for both the local newspaper and TV.

Our mission is not about us.

Our public statements that resonated with the city were that “We need to avoid the Western saviour mentality” and that our new families will have much to offer us as well. We didn’t realize how prophetic that last statement would be. As we quickly discovered, the Syrian families that God has brought to Westwood love God deeply, and the intentional missional seeds of a new kind of ministry are already taking root.

Being a witness is contagious. God’s idea of mission is local, national and global – and it often goes in all directions at once.

The world is watching you.

As you and your church live, lead and witness for Jesus in your particular context, what Spirit-empowered mission do you see that God is stirring? Once you discern the opportunity, jump in with both feet and be a part of what God is doing as he calls you to be a witness in your community.

[Mark Wessner is president of MB Seminary. He lives in Abbotsford, B.C.,  with his wife and two daughters.