What's New
Through the conflict, life carries on in Ukraine
A FOCUS on Mission
Must Patience Be So Slow?
Harold Jantz: A Heart for the Mennonite Story
Lorlie Barkman: A Life of Creative Engagement
Last Days, First Days
Women in Ministry: Bertha Dyck
January Moment in Prayer “Holy Spirit—Fill Us!”
The Church as the Patient Body of Christ
Advent: Making Much of Jesus: Christmas Day
Home MB HeraldColumns Responding to God’s heart for the marginalized

Responding to God’s heart for the marginalized 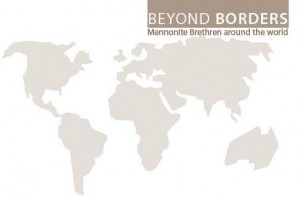 The MB family of faith includes people from all walks of life, and all corners of the globe, as recognized in the International Community of Mennonite Brethren (ICOMB). Our new monthly  column, called Beyond Borders, will bring stories and challenges from Christians in Brazil, Congo, India, and beyond.—Eds

When it comes to missions, what comes to mind for most people is the evangelism of aboriginal peoples, followers of other religions or sects, and people living in remote areas. But for a person like me, who was born and always lived in a metropolis like São Paulo, Brazil, God had another call – to be pastor in this jungle of stones, to do urban mission.

Involvement in urban mission drives home the lesson that God left us work to be done in this immense capital city, which includes people of diverse tribes, from all races and religions. It is the work of followers of Christ to reach those who were rejected by the system, a system imposed by the prince of this world and society in general.
We were convicted by the Lord when we realized there are many in our own city who are condemned to hell because they are forgotten, discriminated against, and rejected – not only by the powers of the city, but even by evangelicals who, caught up in other important work, forget about those who are nearby. We have to look at people who are marginalized as Jesus did, without prejudice or judgement. Much more than that, we need to love and have compassion for the excluded because those people are also the target of Christ’s love.

What emerged was the Coffee at Dawn Project (Projeto CAMA – CAfé da MAdrugada), a group of 12 people from various churches, whose aim is to treat the sex workers of São Paulo as Jesus – both loving them as Jesus did, and caring for them as though they were Jesus himself. The ministry is very hard and is a job to be developed over the long term, because the transformation of lives requires much time.

At the beginning, we went out at 11 p.m. and returned around 2 or 3 in the morning. After realizing that, by this time, the number of sex workers on the streets declined significantly, we started to leave at 9 p.m., returning at midnight.

As the name suggests, we always bring along a snack and coffee. On some occasions, such as Valentine’s Day, we bring chocolate truffles because chocolate is associated with romance, and with couples. The food is really just a pretext for developing relationships with people.

Before leaving, we spend time praying in our community. We ask God for protection because many of these people work armed, carrying knives and other sharp objects. Also, many have a pimp or madam, who acts as a security guard.

We pray that God will send us the right people, with whom we can develop a good conversation. We pray for the salvation of the sex workers, many of whom we know by name. We pray for each other, crying to God that each urban missionary who is part of Coffee at Dawn can be a blessing to everyone they meet.

In these 15 months of work, no soul has been converted. However, many victories have already been achieved by the grace of the Lord. In August 2007, we had the opportunity to use a pizzeria to spend an evening with three girls from our program as well as a transvestite. Some of the sex workers have opened their homes so we can visit them. There are also others who have participated in prayer meetings at our church.

Many of these people say they’d like to leave the life of prostitution but do not because they don’t have a profession. We dream of offering vocational courses and treatments or therapy so they can return to society and live in dignity rather than being viewed as and treated as fringe elements. Unfortunately, we lack financial resources.

These people, whom God loves so much, can be found in large and small cities. Urban mission can be done in your own country, in the capital city, in your hometown, in your neighbourhood, maybe right next door. People everywhere desperately need the love of God, which he calls us to demonstrate!

—Renato de Oliveira Silva is pastor at 1ª Igreja Ev. Irmãos Menonitas de São Paulo. He has a bachelor of theology from Seminário Batista de São Paulo, a degree in letters from the Centro Universitário Assunção, a masters degree in communication from Universidade Metodista and is project coordinator for church revitalization.
Beyond BordersBrazilpovertyRenato de Oliveira Silva
0 comment