True stories of COACH to the rescue 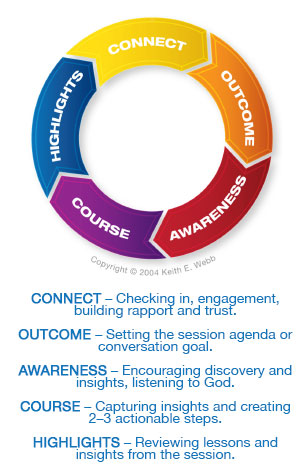 “I bumped up against a sense that there were limitations around what I knew and didn’t know,” says Jericho Ridge pastor Brad Sumner. “No matter how much harder I worked, I wasn’t solving problems.”

This realization led Sumner to explore coaching – first with the Canadian conference-sponsored Ministry Advantage, and now via the Coach Me/Coach Us offered through Leaders2Learners.ca (L2L).

Through these coaching systems, “I got a tool belt and blueprints,” says Sumner.

“L2L offers resources, not solutions,” says Sumner. It’s about “creating a cultural shift” for leaders to seek help when they need help, to develop a pool of peer-related resources and to learn by working through tough questions instead of receiving dictated solutions.

“Coaching had an exponential effect beyond [co-pastor] Keith Reed and me,” he says, for the coaching has gone from individual aspects to more corporate work on church structure and leadership with the help of L2L team member Dave Jackson who brought them to a ReFocusing-style process.

Having an external facilitator who knows the conference culture was a tremendous asset in reorganizing leadership structures for the church whose leaders were tired and struggling to be effective in many roles. “If we can solve structure problems, we can accomplish our mission,” says Sumner. “We’ll do a better job of going, leading, etc.”

Sumner urges people not to disdain resources that are in-house. “We have amazing and skilled people in our own family,” he says. Through L2L, “you can draw on the best resources in our family.”

But it’s not for everyone. “We had to clear space on our calendars [as individual pastors and as a congregation] to do this stuff,” Sumner says. Coaching takes work, dedication and “you must be willing to become intentionally uncomfortable,” he says. “We gave Dave permission to ask hard questions,” and received “good value” on their investment.

Growing up in a ski resort area in Switzerland, RCDL lifelong learning host Daniel Beutler has been coached in one way or another since he was big enough to strap on a pair of skis. “My earliest recollection is of my [ski] coach,” says Beutler. “At different times in my development as a person and as a leader, God has used coaches who either connected me with a resource, facilitated discovery or pointed me in the right direction,” he says. He wants to help others find that.

The COACH model that undergirds L2L can be used with a variety of content, says Beutler. “You can use it to apply the gospel or you can use it for strategic planning; it’s almost content-free.”

“The tools in my kit are really helpful in all kinds of conversations,” from encouraging colleagues to counselling adult children. “Just like with other skills, with practice they become part of the fabric of who we are; we’re unconsciously using them,” says Beutler.

Though coaching occurs in many professional networks including the C2C Network, Beutler says it’s not a competition. In fact, RCDL and C2C have co-branded several Gospel Coach training events. “You use whatever tool you need; you don’t say ‘I have a Phillips screwdriver, now I don’t need any other screwdrivers.’”

COACH isn’t about self-actualizing says Beutler but “God-actualizing; helping a person or group to fully live out God’s calling and be the best stewards they can be of their God-given opportunities and responsibilities.”

One of the ways it does that is by facilitating connections between people. “It’s about creating relational community, learning connections, mentoring,” says Beutler. He gives the example of a pastor transitioning from an associate role to serving as a solo pastor in a smaller congregation. In L2L’s virtual coffee shop, this person is connected with a coach in another part of the country who has navigated that same experience.

Community is also created through clusters where there is peer mentoring and encouragement around a particular role or set of interests. For example, L2L facilitates regular gatherings between the heads of MB post-secondary schools.

Beutler is excited to see the 160 leaders in the system have created more than 75 clusters (as of Apr. 1, 2014) and many operate in more than one cluster.

“We’re encouraged in that,” he says, as it signals that RCDL listened well to create a tool that meets the needs of constituents in the Canadian conference. “When one person signs up, it’s like another node lights up.”