What's New
A FOCUS on Mission
Must Patience Be So Slow?
Harold Jantz: A Heart for the Mennonite Story
Lorlie Barkman: A Life of Creative Engagement
Last Days, First Days
Women in Ministry: Bertha Dyck
January Moment in Prayer “Holy Spirit—Fill Us!”
The Church as the Patient Body of Christ
Advent: Making Much of Jesus: Christmas Day
Advent: Making Much of Jesus: Fourth Advent
Home News Quebec convention 2014 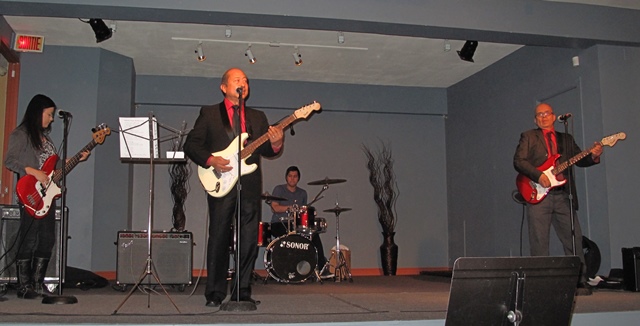 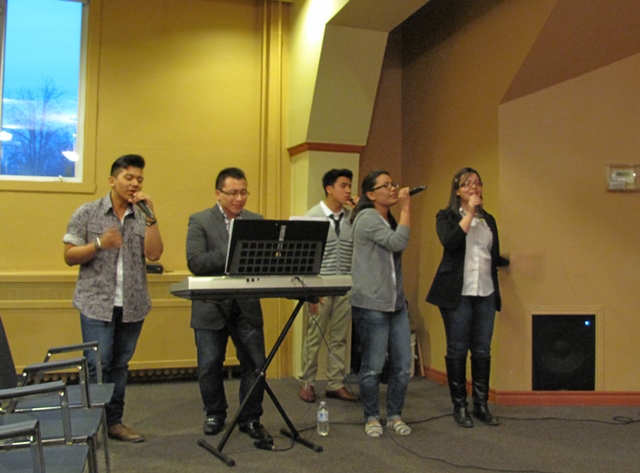 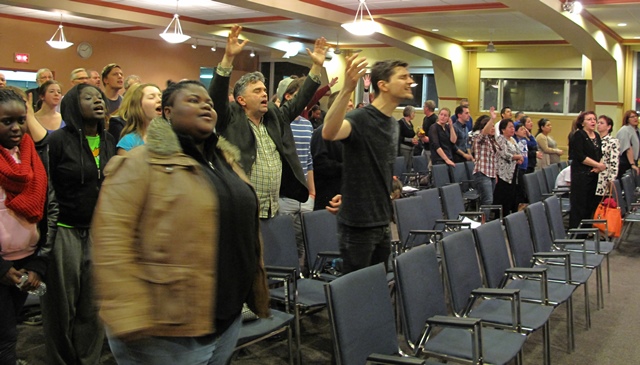 The crowd at the inaugural Friday night session of worship and prayer included MB youth and national BFL members. 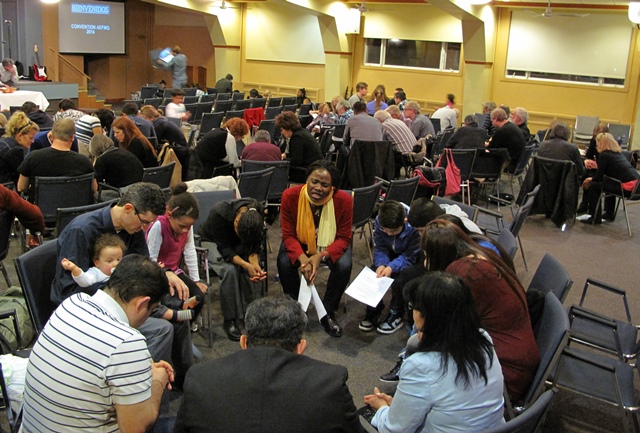 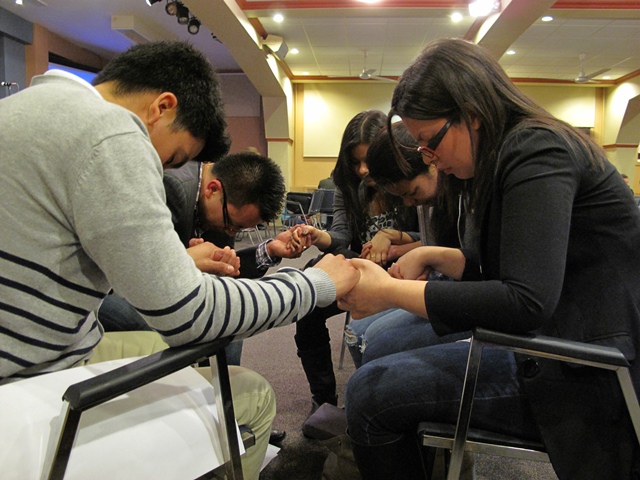 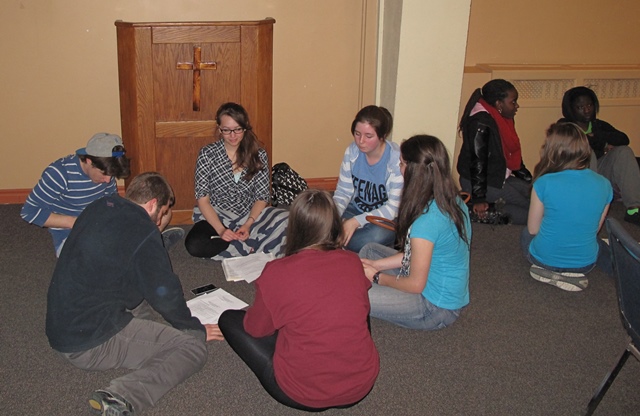 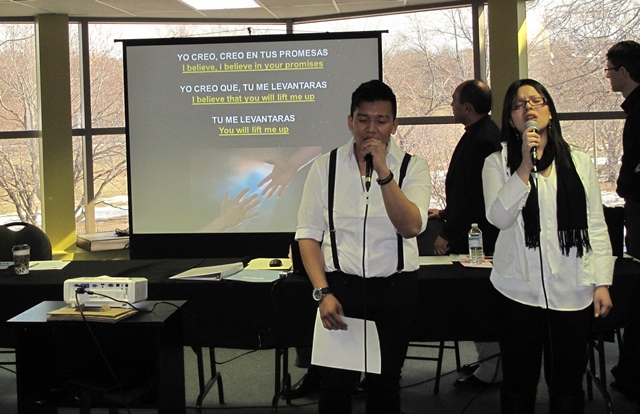 “How good and pleasant it is when God’s people live together in unity!” With these words from Psalm 133, host pastor Carlos Saavedra of Les Ambassadeurs Chrétiens (Hispanique) opened the annual convention of Quebec churches (AEFMQ) Apr. 11–12, 2014, at Église chrétienne de Saint-Laurent, Montreal. “Live this verse in talking, singing, dancing,” he said. 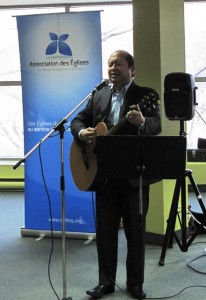 For the first time, AEFMQ’s annual convention included a Friday night session of worship and prayer, attended by youth and delegates. Jaime Barran led his music team from Les Ambassadeurs in electric guitar-driven worship through Spanish, French and English.

Interim moderator Bruno Synnott challenged the gathering reference to 1 Chronicles. “God’s promises are still active,” Synnott said, “and he has called us to bless all nations.” Churches must take up the call to be God’s answer to problems in the world.

“We want God to breathe on our churches and fill us with his Spirit,” said conference minister Stéphane Rhéaume leading into a time of corporate prayer. In small groups, attendees prayed for church health, leadership development and ministries of mission and proclamation. 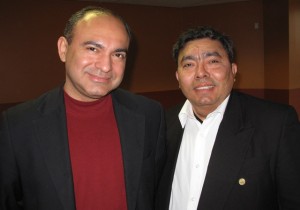 Opening Saturday’s business session, Saavedra said, be attentive; “God will speak to you today.” Reflecting on Colossians 1:15–23, he said, “If Christ is sufficient, why seek after other things? Add nothing to Jesus.”

In a workshop, Canadian conference (CCMBC) executive director Willy Reimer presented on “the sandbox” – new guiding principles for the CCMBC executive board – and challenged delegates to set an alarm to pray at 10:02 each day for “Lord of the harvest…to send out workers into his harvest field” (Luke 10:2).

“Leadership starts in the heart,” said Ron Toews, head of CCMBC’s Resourcing Churches Developing Leaders, drawing insights from Nehemiah while presenting on Leaders 2 Learners. “The essence of leadership isn’t how to do things, it’s loving God deeply and reflecting his holiness.”

AEFMQ executive director Gilles Dextraze held a workshop to help churches learn how to walk through the process of incorporation with help from the CQOC (a Quebec body similar to the CCCC). Dextraze recommends incorporation for churches who meet the criteria because it gives them legal status, their own charity number and responsibility for their own governance and administrative affairs. 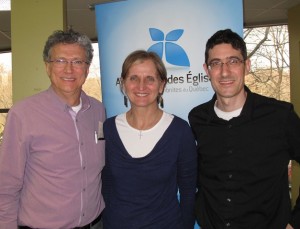 Delegates passed the 2014 budget of $109,550, a reduced number after the 2013 shortfall of $38,084. They also accepted a pastor salary grid, modelled after those used in the Prairie provinces. 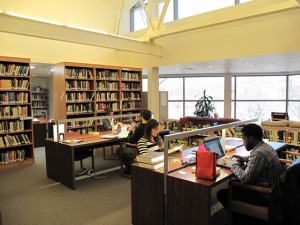 Students hard at work in the ETEM-IBVIE library.

Saturday’s meeting was held at École de théologie évangélique de Montreal (ETEM-IBVIE) because Saint-Laurent’s building was unavailable due to six different services it hosts each weekend.

The Canadian conference board of faith and life, having just completed meetings in Montreal, was present at the convention. Ginette Bastien provided live interpretation into English on Friday night, and Xina Oukil provided simultaneous translation on Saturday. 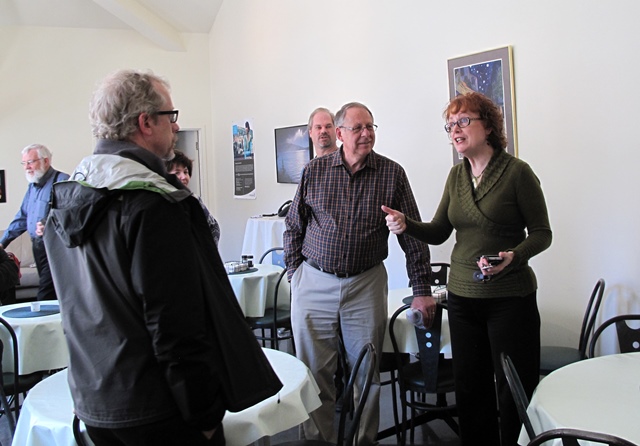 President of ETEM-IBVIE Kristen Corrigan toured the visiting CCMBC board of faith and life members around the large commercial building CCMBC helped ETEM purchase in 2005. Spaces in the labyrinthine edifice were intended to be rented out for revenue to help the school but Montreal zoning laws created obstacles. A council vote in May 2014 may loosen the rules, opening up more possibilities to rent out the space that includes sound-proofed rooms from a de-commissioned radio station. In the meantime, the building has also become home to offices for AEFMQ, Farel Reformed Theological Seminary and MCC Quebec.