What's New
A FOCUS on Mission
Must Patience Be So Slow?
Harold Jantz: A Heart for the Mennonite Story
Lorlie Barkman: A Life of Creative Engagement
Last Days, First Days
Women in Ministry: Bertha Dyck
January Moment in Prayer “Holy Spirit—Fill Us!”
The Church as the Patient Body of Christ
Advent: Making Much of Jesus: Christmas Day
Advent: Making Much of Jesus: Fourth Advent
Home MB HeraldHomepage Plant small? 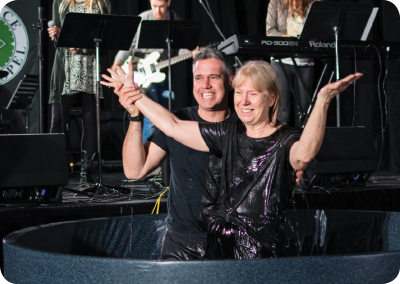 Is church planting only for large churches?

North America is mesmerized by a mindset of bigger and better, influencing congregations to think only large churches can reproduce.

In the book of Zechariah, God’s prophet urges the people to see possibility in humble circumstances.

“Who will despise the day of small things?” (4:10). Zechariah rallies Zerubbabel’s discouraged workers rebuilding the temple with a message: “Not by might, nor by power, but by my Spirit, says the Lord of hosts” (4:6).

The Compass Church, Regina, is an example of what God can do when we take Zechariah’s advice to ignore the voices that say, “You’re too small!”

Blair Allen worked in construction to feed his family while he and Sharon began gathering a small group of disciples in their home in 2010. After multiplying a number of home groups, public services were the natural next step.

The church was small, but from the early days, Blair cast a vision for planting many churches in southern Saskatchewan.

Fulfilling this vision would require intentional leadership development and raising up future church planters. In 2012, ministry interns Luke and Bailey Etelamaki started the journey toward planting the first daughter congregation. 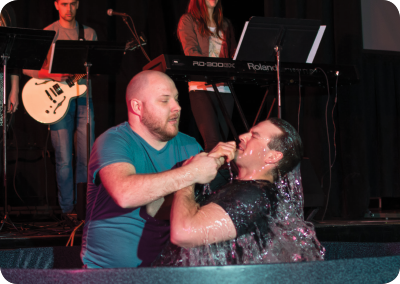 At the same time, two more couples were readying for The Compass Church’s next plant. Cam and Samantha Abbott and Will and Courtney Con joined as interns, attended a church planter’s assessment in 2016 and were approved to plant under C2C.

They have already begun gathering core team members in their target neighbourhood Harbour Landing, Regina. These planters are projected to start a new congregation in this growing community in winter 2017 or early 2018.

The Compass Church refused to use the excuse that they would only be ready to plant when… “we are larger/have paid off the mortgage/have trained more leaders/the stars align.”

May their story inspire many others to multiply!