What's New
A FOCUS on Mission
Must Patience Be So Slow?
Harold Jantz: A Heart for the Mennonite Story
Lorlie Barkman: A Life of Creative Engagement
Last Days, First Days
Women in Ministry: Bertha Dyck
January Moment in Prayer “Holy Spirit—Fill Us!”
The Church as the Patient Body of Christ
Advent: Making Much of Jesus: Christmas Day
Advent: Making Much of Jesus: Fourth Advent
Home MB HeraldColumns The mustard seed 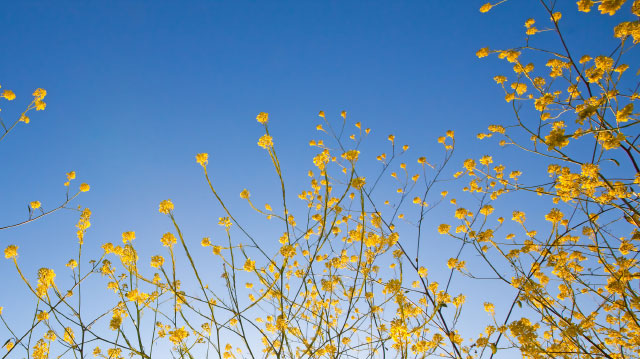 “You probably don’t know me but my Daddy started this church.”

I looked up at the young woman standing in the door of my office and against the darkness outside. I might not have known who she was, but with that clue I knew immediately. Underneath her distress, the beauty I’d seen in old pictures was clearly visible.

“And you dedicated my daughter when she was one, remember?”

Distress poured from her voice, her demeanour and her dress. And the story behind it poured into my office.

“I need to start over and this church is where I grew up. When I saw it across the street, I knew I needed to come in.”

She began like many people: university degrees, good jobs, a relationship and a child.

But like all towns, ours has a bitter underbelly behind the facade of malls and subdivisions. For those drawn into its vortex, abuse, drugs, alcohol and raw sadness do their destructive work very efficiently. That vortex caught her.

She talked about estrangement from her parents, an ex and a daughter she loved.

And so we talked and cried together and tried to cobble together a plan that sounded realistic.

But I’ve heard sad stories far too often, and I know that plans made in safe places – even with the deepest sincerity, and the best of intentions – are fragile little things.

“You know where to find me. I know your mom. I think I can help. At least I’m willing to try,” I said as she stepped back into the dark night. My words sounded puny even as I spoke them into the darkness.

I wasn’t surprised when no call came. That’s how it is. I’ve gone looking for lost sheep, but usually there is nowhere to look.

“You probably don’t recognize me…”

The church service was about to begin and I was touching base as people came in. I knew immediately who she was. It was five years since she’d appeared in the door of my office.

This time, an aneurism had taken its visible toll on her. She had a cane to prop up half a body that was less cooperative than half bodies are supposed to be.

Her natural beauty was, however, undiminished and this time it radiated from her, without restraint.

And it was a long story: a story of moving home with her mother, of fighting off addictions, of being able to see her daughter again, of reconciling with her father, of discovering and then fighting cancer and then the bizarre devastation of the aneurism.

“Why, after all that, would that have to happen?” she asked.

All I could do was share her bewilderment. It wasn’t fair. I have questions too.

Each week, when her health allows, she and her mother sit in the very centre of the congregation and the glow of her victories lights up the room like a the sun.

“There’s one more thing,” she said one day. “I need to be baptized. Do you think we can manage that with my cane?”

No doubt we can!

And on that day she stood up and told her story to us all, as only she can: a powerful story with wonderful fruit and deep roots. A story that is only just beginning.

Then Jesus asked, “What is the kingdom of God like? What shall I compare it to? It is like a mustard seed, which a man took and planted in his garden. It grew and became a tree, and the birds perched in its branches” (Luke 13:18–19).

I feel like one of those birds – and it feels so good.

A former Communist lives for God

What an incredible god we have that answered our prayers!! I will never forget the day I first met her parents in White Spot and I heard the story of a lost daughter and I wrote the 3 names on my napkin and said I wanted to pray for them. Then how her fatehr gave me updates and my life group also prayed. Now the joy of reuniting with family and church as well as the baptism is so encouraging that God is faithful and perhaps someday I will get to meet this daughter. Thanks for sharing !

What a wonderful story of how God builds churches with “broken” people. I have also prayed for this woman and am friends with her parents and am totally moved and so thankful for this wonderful new life she has, even though the journey is probably difficult at times. God bless you and remember God will never leave you or forsake you.