What's New
A FOCUS on Mission
Must Patience Be So Slow?
Harold Jantz: A Heart for the Mennonite Story
Lorlie Barkman: A Life of Creative Engagement
Last Days, First Days
Women in Ministry: Bertha Dyck
January Moment in Prayer “Holy Spirit—Fill Us!”
The Church as the Patient Body of Christ
Advent: Making Much of Jesus: Christmas Day
Advent: Making Much of Jesus: Fourth Advent
Home MB HeraldColumns A journey toward wholeness 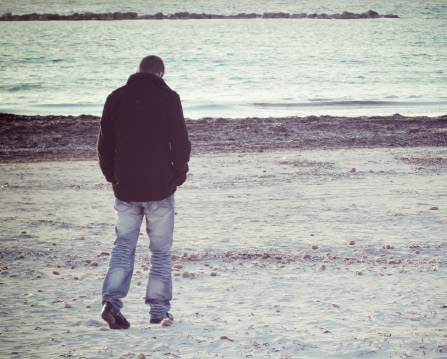 I am a Christ follower who has been a member of a MB church since my teens. I love the church, yet in my youth, its pastoral approach toward sexuality consistently failed to help me. I write my story to give hope to those still struggling and to encourage the leaders in our church as they think about the pastoral approach to these issues.

In my teens, it was silence. I am grateful for my dad’s “birds and bees” talk he gave when I was 12. But after that no one ever spoke to me personally about sexuality.

From the pulpit I heard the message to save sex until marriage. What was not articulated clearly was what I was supposed to do with my sexual desires until then.

Armed only with the advice not to “go too far” in regard to sexual expression, I learned to fear my God-given sexuality. I tried to suppress all sexual desires, which only worked for a while, but did great damage to my soul.

In my early 20s, I summoned my courage and shared with two older men in a pastoral role in my church about these issues. To my surprise, they neither condemned nor rejected me. In fact, they suggested what I was struggling with was normal.

However, these men had little else to offer. Silence and implied shame returned. Without ongoing discipleship, my struggles increased.

In my late 20s, I became involved with pornography. Again, I reached out to men in pastoral roles at my church. This time, a new generation was more willing to talk about these issues, but their solutions were overly simplistic.

With their guidance, I went through a process of extensive confession of sin and renunciation of evil, based on the teachings of Neil Anderson. The confession part – including sharing my struggles with other believers and receiving their support in prayer – was restorative.

Less helpful was the overemphasis on the demonic, and the belief that once we had prayed about it, I shouldn’t struggle anymore.

After that, lapsing into my old patterns produced even more shame. These Christian men had nothing else to offer me; I could feel their frustration rising as I returned again and again for prayer.

Finally I was referred to Living Waters, a 20-week Christian discipleship program designed specifically for men and women who struggle with sexual/relational brokenness.

To my relief, at Living Waters I was welcomed warmly and congratulated – not scolded – for seeking help. What I discovered was that the deep needs in our hearts are intended to be met firstly in an intimate relationship with God, secondly in healthy relationship with others.

One of the greatest truths I learned is that sinful desires are corruptions of good desires. My desire to look at pornography was a twisting of my good desire for intimacy, affirmation and love. I was trying to find satisfaction apart from God.

Living Waters (now called The Journey) emphasizes discipleship, a long-term process. The leaders walked alongside me week after week and taught me that God would speak on this journey.

After giving in to temptation, I was beating myself up. I could have avoided this sin if only I had spent more time in Bible reading and Prayer!  Then, a thought came to me clearly: “Stop trying so hard…. Let me pursue you.”

In a flash, I knew that I needed to rest in God’s presence.

I had been seeking to save myself by trying to obey in my own strength, or giving up and going my own way. In this moment, God offered another way to face my temptations: give my desires to God and allow him to channel them in new ways.

With the help of a recovery group that offered ongoing support and accountability, I began to experience long-term freedom from my addictive patterns.

I have now had 12 years of sobriety from the things that once held me in bondage. With this new wholeness, I was able to enter into a healthy relationship with a woman and we have been happily married for 10 years.

Motivations of the heart

At the core of my experience was an inadequate understanding of the human heart. First, I believed trying hard to keep the rules would lead to right behaviour. Later, I understood more but only had tools of a one-time, quick-fix nature. Finally, I encountered an approach to life that recognizes the deep motivations of the heart and the need for a long-term plan to grow and mature.

May we grow as a church in our ability to shepherd our young people in his life-giving ways.

—Mark is currently a member of an MB church in Winnipeg

In search of sexual purity