A former Communist lives for God 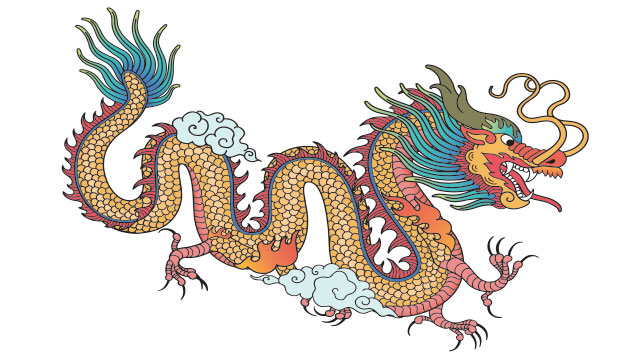 Florence Mo Han Aw translated into English by Patrick May

I grew up in the underground Communist Youth League of China and later became a member of the Communist party in Hong Kong. I left the party, became a Christian and was baptized in Vancouver after immigrating in 1974.

In 2012, my life and faith took a dramatic turn when I published a book called My Time in Hong Kong’s Underground Communist Party.

In March of that year, Open Magazine invited me to the official launch of my book in Hong Kong. I accepted the offer right away, feeling it was God’s will. As I hung up the phone, though, I started to cry. I doubted whether someone suffering from severe peptic ulcer disease since 2006 could endure the 10-hour flight to Hong Kong.

As I was harbouring these doubts, I suddenly remembered: hadn’t our church’s pastor always admonished us to live “with confidence”? What is confidence? It is believing that with God nothing is impossible (Luke 1:37). I offered up everything to God and started preparations for the journey.

During my first three nights in Hong Kong, I slept only fitfully due to ulcer pain. I was worried: would I be able to take part in tomorrow’s book launch? Would I have the strength to speak?

Strangely enough, tossing and turning all night did not leave me exhausted. The pain was gone by morning. Looking in the mirror, I said, “I thank you, dear God. You have indeed been with me always and have taken away my cares and worries.”

Back in Vancouver, I started to experience weakness in my arms and legs and a disorientation that prevented me from standing. Realizing my stomach was probably bleeding again, I called Ted, an acquaintance from church, who dropped everything to take me to the ER. The diagnosis was stomach cancer.

I thought of the wonders of the events of the past months. I was already carrying my cancerous cells when I returned to Hong Kong, yet my disease did not “explode” during my trip but gave me a grace period of a couple of months, even allowing me to hold a question and answer session on my new book in Vancouver.

Thus, I began a long, slow battle. It started with chemotherapy, during which I lost all sense of night and day. I was so weak I couldn’t get out of bed. I prayed to God for mercy. Sure enough, after one course of chemotherapy, lasting three weeks, the oncologist decided to terminate treatment because I could no longer tolerate its side effects.

By early September 2012, the cancerous cells in my stomach had caused a blockage, and I lost the ability to swallow food. I was again admitted to hospital for emergency stomach surgery.

At this time, I felt the heavy footsteps of death. Yet I felt no fear, only a sense of calm. My life belongs to our Creator. Compared with the fear and the sense of being lost I had in 1988 when I had part of my lung removed, I was now much braver. At that time, I was not yet a believer, and I didn’t grasp the true meaning of life.

What I found most reassuring was that I now understood the meaning of sin. I had served the blood-soaked Communist party of China and had worshipped Mao Tse-Tung – these were my sins.

I was able to wake up to my sins because God had rescued me from the precipice. He allowed me to confess my sins in front of him and receive his forgiveness and guidance. I believe when I arrive at my heavenly home, I will face God, and final judgment, with courage.

I was able to enter surgery with a great deal of courage.

But my ordeal was far from over. Since my stomach had been removed, my duodenum was my new “stomach,” albeit a small and ineffective one. A few sips of water, and I’d be full. I grew weak and lost 27 pounds. If I went on that way, my life would be in danger. I didn’t want to pray. Like Job, I felt it would be easier to die than struggle for survival.

My pastor Anthony Law visited me three times when I most needed support, praying for me and using the Word of God to sustain my spirit.

One day, I turned on the radio and the phrase “Living for God” caught my attention. My mood brightened. This would be my source of energy. Every time I felt too sick to eat or stand, I would raise my fist and exclaim, “Live for God!”

I was finally able to return to church. As I entered, I burst into tears of warmth and gratitude. I told my brothers and sisters in Christ that I had been on the front lines of battle and had now returned home. I felt the love of the body of Christ suffusing my entire body with warmth and with energy. I thank God for his love, for leading me to recovery!