What's New
Through the conflict, life carries on in Ukraine
A FOCUS on Mission
Must Patience Be So Slow?
Harold Jantz: A Heart for the Mennonite Story
Lorlie Barkman: A Life of Creative Engagement
Last Days, First Days
Women in Ministry: Bertha Dyck
January Moment in Prayer “Holy Spirit—Fill Us!”
The Church as the Patient Body of Christ
Advent: Making Much of Jesus: Christmas Day
Home Life & Faithfeature articles MB history tour: Chapter One

Suffering for the faith 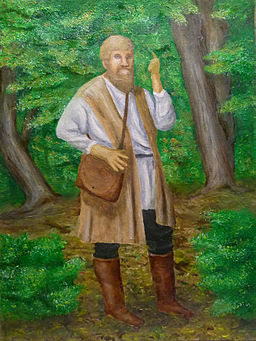 The Mennonite story begins in the 16the century, part of a larger movement known as the Radical Reformation.

“Anabaptist” (re-baptizer) was a pejorative label for one expression of a diverse collection of radical religious and political dissenters who saw themselves “completing the Protestant reformation” started by Martin Luther and John Calvin.

The “evangelical Anabaptists,” as some historians have identified them, were centred in four parts of Europe:

One of the groups emerging out of this diversity was the Mennonites.

These people suffered for their faith!

Estimates vary; 5,000 to 12,000 Anabaptists were executed by drowning or burning.

Key ideas of the Anabaptists:

They shared this with other Protestant reformers. Their captors were often amazed at the knowledge these people (including women) had of the Bible. They emphasized more strongly than the Protestant reformers the role of the Holy Spirit in “illuminating” Scripture.

2. Understanding of the church.

They saw the church as a voluntary community, entered through adult baptism. They rejected infant baptism because it symbolized the merger of church and state. Wanting to keep the church “pure,” they frequently (and controversially) used the ban to discipline people and preserve order.

3. Strong emphasis on Nachfolge (following after) or discipleship.

Their understanding of discipleship was closely related to their understanding of salvation. Unlike Lutherans who separated justification and sanctification, the Anabaptists kept them more intertwined: faith was tested and verified by behaviour. If one walked as Christ had walked, that is, kept His commandments, then one was saved.

The emphasized lifestyle or ethics and the principle of love. This showed itself in offering aid to others, refusing to use military force, and re-distributing wealth.

4. Emphasis on the Holy Spirit.

They talked more about the Spirit than other reformers, and believed they lived in the age of the Spirit. Most, though not all, maintained a balance between Word and Spirit. The Spirit is the illuminator of Scripture, comforter in times of suffering, and the one who transforms sinners into saints.