What's New
Leading through the trauma of covid: Part two...
Ask God which town
Where to from here?
CCMBC National Director attends 2022 ICOMB Summit
MCC Canada and MCC Manitoba sell shared property...
The world appears to be growing darker
Sharing a new and unified language
6 reasons to attend the MWC Global Assembly...
One too many
Just one more
Home News Little glimpses along the way

Little glimpses along the way

The power of longevity in youth ministry 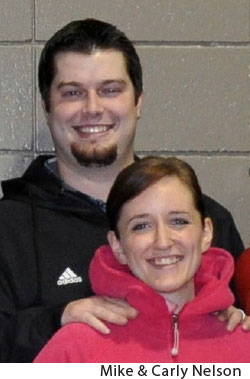 When Mike and Carly Nelson agreed to lead the Grade 6 students at Ross Road Community (MB) Church in Abbotsford, B.C., they thought it would only be for one year. Six years later, having journeyed with these youth (now in Grade 11) from middle to high school, the Nelsons are reaping the benefits of long-term relationships.

Like the apostle Paul to the church in Thessalonica, Mike and Carly can say to their youth: “Because we loved you so much, we were delighted to share with you not only the gospel of God but our lives as well” (1 Thessalonians 2:8).

“If I had started with a new group of students each year,” says Mike, “how well would I really know them?” As the students mature, the potential for relationship with trusted long-time leaders deepens.

“It’s only been in the last two years we’ve really developed deep relationships,” Carly says. Looking back, the Nelsons can see how going through years of ministry are paying off. “You need the middle school crazy environment to get to the serious stuff now,” says Carly.

“Fun stuff” used to be required to keep the students interested. Now, they routinely miss snack time on Thursday nights because they’re engaged in a meaningful small group discussion. The Nelsons’ ongoing investment in the students – and willingness to share about their own failures – has made these times possible. “For some kids, it takes four or five years for them to feel comfortable enough to bring stuff up,” says Mike.

The Nelsons’ commitment to their students goes beyond one evening a week; they’ve shared their lives with their students. “Getting together with them on a regular basis is important,” says Carly. “I try to ask about their sporting events and go to horse shows. It becomes exciting for me because it’s what they’re excited about,” says Carly.

While both admit that it hasn’t always been an easy road, they see the benefit it has been for themselves as well as the youth. “God has taught us a lot about ourselves,” says Mike. By asking questions about the Nelsons’ walk with God, and observing their lives, the youth hold Mike and Carly accountable. “They will see through us if we are not working at it,” says Carly. “I feel like we get a lot more back than we are giving to them.”

As Grade 12 with its attendant endings looms ever nearer for their students, Mike and Carly are preparing for an emotional graduation. “I will take vacation time to see that,” says Carly. “They’re not my kids, but it feels like they are.” The Nelsons don’t plan to say goodbye, though. “The relationship doesn’t stop at graduation,” says Mike.

“You won’t always see the growth of the seed you planted, but you’ll get little glimpses along the way.” 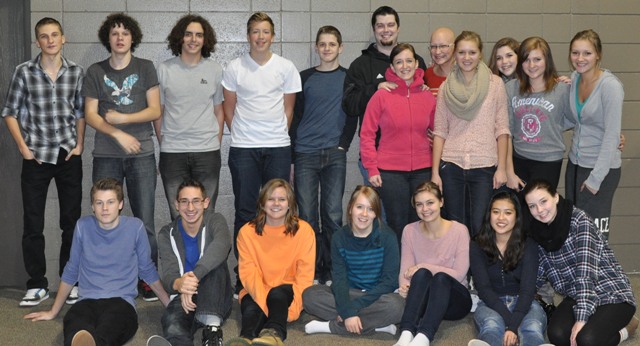 This article first appeared in the BCMB newsletter.