In 2012, when the Hemorrhaging Faith study reported that only four in ten young adult respondents raised in evangelical churches still attend services weekly, a Saskatchewan MB church took the study’s recommendations to heart.

The result? “We have seen about 80 percent or more of our young people stay in the church,” says Greg Wiens, Waldheim MB Church pastor from 2009–18.

“An approach to living the faith that involves passing on the faith to one’s children in everyday life will help them to live out the gospel in tangible ways.”–HF

“We tried to give opportunities for young adults ages 20–30 to serve in meaningful ways,” says Wiens.

In 2013, on spring break, he drove a van of young people 32 hours straight to be among the first to help Mennonite Disaster Service (MDS) rebuild New York City following Hurricane Sandy.

“Out of that trip, I have done eight baptisms over the past five years,” he says.

“Many young adults are drawn to teaching that is readily applicable and challenging. They also want a chance to ask questions and wrestle with what they’re being taught.”–HF

As different generations from Waldheim MB served and travelled to MDS sites together, there was time for youth to share what they were wrestling with, both intellectually and morally.

Wiens explains that many of the youth, especially the more educated ones, were leaving the church because they felt that their faith “couldn’t stand up to what they were learning and experiencing at university.”

“We created a place where young adults can ask tough questions about faith without being judged,” says Wiens.

What made the difference

“We need to create environments where youth and young adults can better experience the love of God and answered prayer by helping them to recognize ‘God events’ in their lives.”–HF 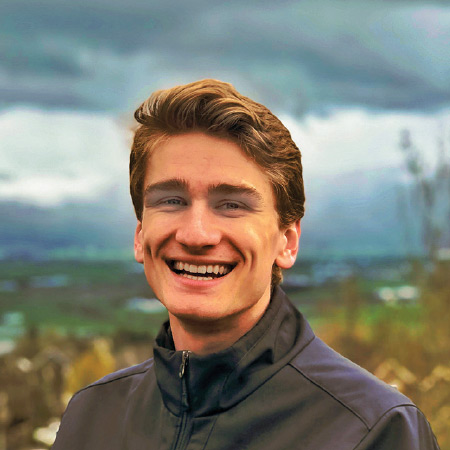 “As a teen, I questioned God’s love and goodness because I struggled with depression,” says 20-year-old Spencer Fehr, who grew up in Waldheim MB Church.

“I felt so materially blessed, and I was a Christian, which was supposed to bring hope, but I felt hopeless.”

“I had felt a call to ministry of some sort and Greg knew it,” Fehr says.

One day, Fehr confessed he no longer felt called to ministry. Wiens asked, “What is different now from when you felt the call?”

Fehr realized that the thing that had changed was his mental health. He’s grateful for his pastor’s response: “Greg walked beside me and focused my attention on God and his will for my life.”
Through what he calls “miraculous intervention,” Fehr found his way to YWAM Perth, where “I finally let God speak into my life and decided to follow his calling.” He’s now in his second year at Columbia Bible College in Abbotsford, B.C., pursuing a BA in biblical studies.

“I don’t know what my future holds,” says Fehr, “but I know I am called to teach the Bible and disciple others.”

“I have seen God through the love of others, his incredible Word, and the ways he has worked through history, miraculous healing, and in the everyday.”

“We need to acknowledge that we don’t have all the answers, and encourage discussions in which young people are free to share openly.”–HF

The key has been patience, Wiens says. “I want things to happen quickly, but in the life of a Millennial, it simply takes time.” As a pastor, he focused on being available, showing that he cared, that he was a safe person to talk to. He cultivated a culture of relationship over judgment.

“Speak truth,” he says, “but not without developing a relationship first.”

RenegotiatingFaith.ca
How can we help young adults transitioning from high school to the next phase in life stay connected to church and faith?

This is the question addressed by a new report: Renegotiating Faith: The Delay in Young Adult Identity Formation and What It Means for the Church in Canada by Rick Hiemstra, Lorianne Dueck, and Matthew Blackaby, and published in 2018 by the EFC, IVCF, YFC, Power to Change, and Truth Matters Ministries. 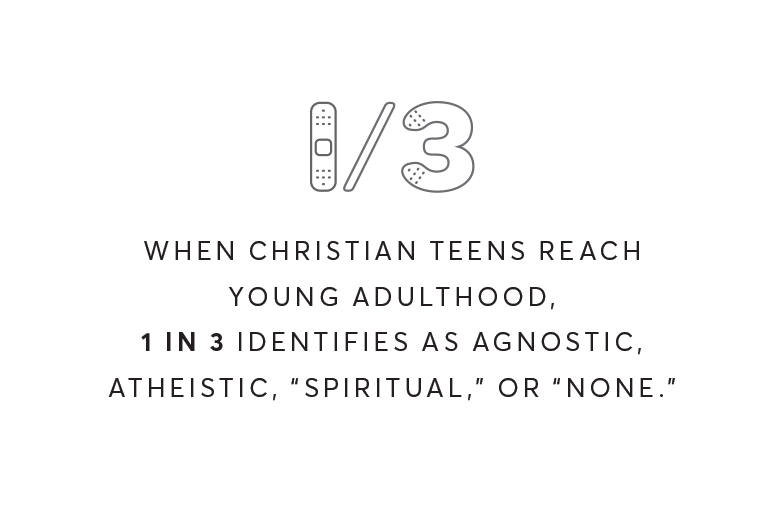 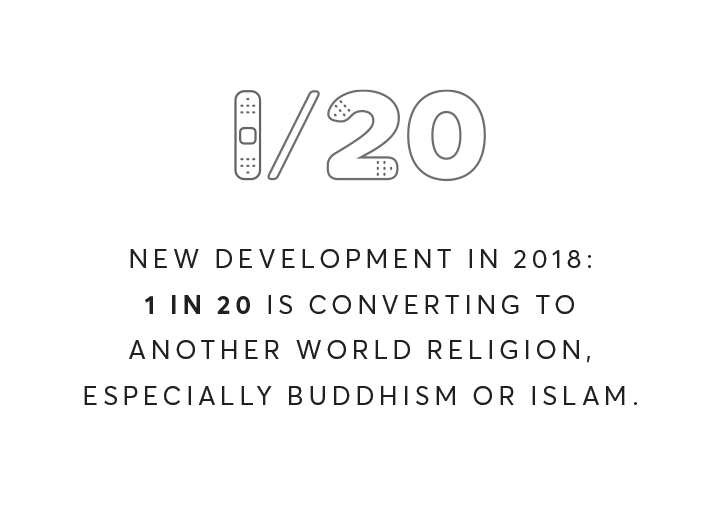 “A job market that demands ever greater levels of postsecondary education means that young adults are spending more time in postsecondary studies, delaying entry into the job market, and, in many cases, remaining dependent on their parents into their twenties….

In some cases, young adults who do not have access to traditional differentiators of place, marriage and profession are differentiating themselves from their parents by rejecting their parents’ faith….

To continue on in a faith community, young adults need to renegotiate their childhood roles as adult roles. Mentors…help young adults forge new roles, to…find their place faster and, significantly, to find that place within the Church.”
—Renegotiating Faith

Young adults who had a home church mentor are

Young adults who attended or served at Christian camps are

Parent on relationship not performance