What's New
Multiply September Ukraine Updates
Volunteers in B.C. honour Leamington woman tragically killed...
Delete or not to delete, that is the...
Believers bring water for drought baptism
Encouragement to those in the arena
Keeping attention and making an impact: A few...
Open hands to reconciliation
From the editor
Approaching truth and reconciliation with love in our...
MB Seminary offers new MA in Transformational Leadership...
Home News Letter-writing campaign launched 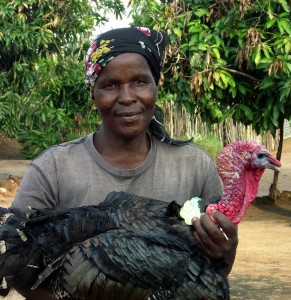 World Food Day is October 16. What’s a good way to mark it? One way is by being part of Canadian Foodgrains Bank’s Harvest of Letters.

Through the Harvest of Letters, Canadians are invited to send a letter to their Member of Parliament to urge the federal government to continue support for agriculture in the developing world.

“Smallholder farmers account for many of the hungry people in the world,” he says. “Focusing on them is an essential part of the fight against global hunger.”

In developing countries, around 70 percent of people who go to bed hungry live in rural areas, and many are farmers themselves, he adds.

“It is widely agreed that investing in small-scale farmers can significantly reduce hunger while also contributing to economic growth and better health and nutrition,” he says.

Although Canada’s commitment to nutrition and food assistance programming has remained strong, its support for agriculture is falling. Through the Harvest of Letters, Canadians can call on elected officials to increase support for projects that help farmers such as Sylvestere Lumbris of Tanzania.

Lumbris supports her family of five children by growing maize on her four acres of land.

Every year in January and February, in the time in between harvests, the family would suffer through a hunger gap.

But then Lumbris was trained in gardening methods through a project implemented by Foodgrains Bank member Mennonite Central Committee.

Now she grows more food, selling her excess vegetables and earning between 4,000 and 5,000 Tanzanian Shillings (about $3 Canadian) a day from her garden.

“Now, when it is dry, I can sell some of my vegetables and buy maize. When my children need shoes or textbooks, I can just sell some vegetables to buy them,” she says.

For help crafting a letter to your Member of Parliament, or for ideas on how to integrate letter-writing into your classroom or church, visit http://foodgrainsbank.ca/harvest_of_letters.aspx