What's New
Through the conflict, life carries on in Ukraine
A FOCUS on Mission
Must Patience Be So Slow?
Harold Jantz: A Heart for the Mennonite Story
Lorlie Barkman: A Life of Creative Engagement
Last Days, First Days
Women in Ministry: Bertha Dyck
January Moment in Prayer “Holy Spirit—Fill Us!”
The Church as the Patient Body of Christ
Advent: Making Much of Jesus: Christmas Day
Home MB HeraldColumns How to wear moccasins

How to wear moccasins

The loudspeakers piped an Indigenous honour song into the warmly lit chapel. A group of excited students and teachers filed onto the stage, dressed in traditional regalia and formal academic robes. The pungent aromas of the pipe ceremony wafted up the sides of the classical pipe organ. Sweet grass and stained glass – cultures were crossing.

I was at the opening ceremonies of the 2016 NAIITS Symposium at Tyndale University, Toronto. The North American Institute of Indigenous Theological Study offers advanced degrees in theology and intercultural studies, holds study symposia and issues academic journals.

But more than that, NAIITS is an Indigenous learning community. Their mandate is to help people walk with Jesus in a transformative way that does not require the rejection of their Creator-given social and cultural identity.

In the Tyndale chapel, I reflected on my own walk with Christ. As a young adult, I’m learning about healthy self-differentiation. I am making decisions about who I want to be: what parts of my heritage I want to embody, and what I want to do differently; where to stand up against culture, and where to embrace it.

But as a white Mennonite Brethren Manitoban man, I’ve never felt the need to entirely abandon my ethnicity in order to have a relationship with Christ. Actually, my work ethic, pacifism, choice to be baptized as an adult and linear-logical worldview have often felt like “the right way” to express faithfulness. But this has not been the experience for every tribe, tongue and nation who encounters Christ.

NAIITS was initiated by a group of Indigenous Christians who found that the evangelical church did not affirm who the Creator shaped them to be. History has shown that Indigenous Christ followers are often coerced to express their loyalty to Christ using Western cultural paradigms – unbeknownst to Westerners who assume that their way is simply “how people do things.”

The NAIITS movement affirms that Indigenous Jesus followers from each unique nation have something to contribute to the community of faith – something that is lost when their faith is contorted to fit Western paradigms and standards. This is reminiscent of Paul’s words to the Corinthians: “God has placed the parts in the body, every one of them, just as he wanted them to be. If they were all one part, where would the body be?” (1 Corinthians 12:18–19).

A significant amount of the NAIITS community’s energy has been spent defending the truth that one can be Indigenous and Christian at the same time, and that celebrating Christ looks different, say, for a Russian Mennonite Brethren and a Swampy Cree. The NAIITS scholars spoke of “contextualization fatigue,” which names how tiring this conversation can be.

This drain on their energy also makes it harder to champion other Indigenous concerns: missing and murdered Indigenous women, ecological justice, land-based approaches to education, the suicide epidemic among Indigenous youth. 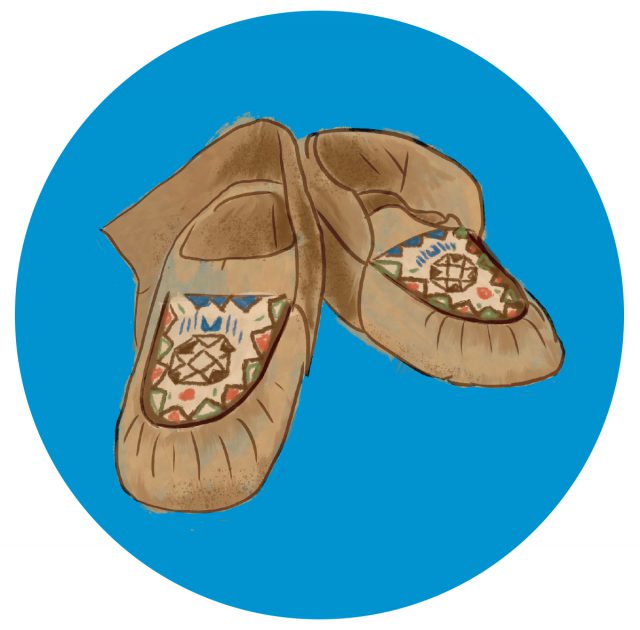 Over some of the meals, I got to know Sam, a young woman from Peguis First Nation. Her story is like many others – at times, she perceived a divide between being a Christ follower and being an Indigenous person. Her involvement in the NAIITS community has given her Indigenous Christian mentors and community. She now has permission to explore her culture.

I also met Kelsey John, a Christian Navajo pursuing a PhD at Syracuse University. In her presentation, Kelsey explained that Indigenous worldviews tend to recognize how interrelated everything is – theology and science, land and society, politics and ecology. This puts her a unique position to speak theologically and faithfully in her academic setting, where her voice resonates differently than Western Christians in conversations about faith.

It was a blessing to meet Sam, Kelsey and others with a rich Christian expression different from my own, and I began to consider where I have prioritized “fitting in” above participating in my Creator-given social and cultural identity.

God creates and welcomes every tribe, nation, people and tongue. God is fashioning a new People made up of every people: the church. This is exciting! Unity in the body of Christ is not assimilationist (uniformity: every body part becomes an eye, or a nose). It is unity among diverse parts.

Getting comfortable with difference isn’t easy. It means reading books written by authors with different experiences than our own. It means listening in on the concerns of communities unlike our own – perhaps attending a Meet Me at the Bell Tower gathering (in Winnipeg), or a political march. It means participating in a worship service whose style we
find “unusual.”

In our walk with Christ, each of us must find a way to make the faith our own – to grow in loyalty to Christ from where we sit, in our bodies, our biologies, our places and circumstances.

Whatever our path, let’s commit to making this journey easier for one another.

—David Thiessen is a member of McIvor Avenue MB Church, Winnipeg. He serves as an apprentice with MB Mission Central Canada.

Well said David. Thanks for this.