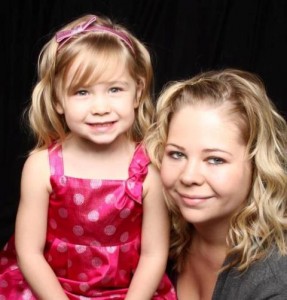 Christine and her daughter Natalie

“If we believe in the value of every life, we need to provide moms not only a pro-life message but support,” says Hannah House executive director Cheryl Plett.

Hannah House Maternity Home is a residential program in the Niagara Region that equips moms-to-be under age 21 to raise their baby or walk through adoption. “We’ve taken the whole crisis pregnancy centre one step further,” says Cheryl. “Let’s provide secure housing while they’re dealing with everything else.”


Christine came to Hannah House from an hour and a half away, 18-years-old and two-months pregnant. She found a safe place to stay, along with counselling, tutoring, parenting skills training and a prayer group.

“Betsy at Hannah House became my personal mentor because I was so far from home,” says Christine of her life coach. “When I was homesick on my first day, she snuck me a contraband Pepsi; that was my comfort of home.”

Christine chose to move out on her own at six months, but felt overwhelmed after her daughter’s birth. Emerging from the NICU with a sick infant, she learned that her grandma, who had raised her, had died, she was overwhelmed. “Betsy came over and packed my stuff,” says Christine. “She said, ‘You’re moving back.’” Christine returned to Hannah House until Natalie was nine months.

At any point during pregnancy, young women move into Hannah House and usually stay at least six months after the birth. The three-storey home has space for up to 12 mothers and 12 babies.

Staff from different churches – Pentecostal, Reformed, Baptist, MB – work together to support the young moms. Hannah House’s tutors help them earn high school credits, and life coaches teach coping and parenting skills. Then they transition women and their babies to safe permanent housing in the community.

For many teens, a pregnancy means losing the few supports they have left. “I think it would shock people to know the stories some young women come to us with, the neglect, the abuse,” says Cheryl.


“Working here has changed my prayer life,” says Cheryl. “When we meet as staff, I always say, ‘it’s a God-sized task’; it’s not something you can do without the Holy Spirit. So many times we’re seeking God for these girls, for finances, the right staff, the favour of God over our ministry in the region and in the churches.”

Hannah House “has made me significantly more compassionate,” says Cheryl. And it’s opened her eyes to how municipal authorities need to address homelessness, poverty reduction and youth at risk.

When Cheryl came to the region eight years ago, she was told Hannah House would never see government funding, but with persistent prayer and relationship building, in the past four years, they’ve received financial assistance through Niagara Region.

Hannah House is not only partnering with churches, but regionally with social services as a recognized supportive transitional housing service licensed by the ministry of child and family services. The centre’s statement of faith announces “We believe in the intrinsic value of life.” They aren’t shy about the fact that they give women spiritual care in addition to the physical, mental and emotional.

“Because we’re clear,” says Cheryl, “Niagara Region is embracing us.”


The success stories aren’t as tidy as Cheryl, and the church, sometimes hope. “Years ago, I thought young women would become Christians and that would fix everything,” she recalls. But “it’s not a quick move to ‘I’m going to accept Jesus, and my life will be fixed.’” Learning life skills and developing healthy relationships is a patient process.

“It is a long walk,” Cheryl says. “Some women go to church; some don’t. Some come in and out of our lives.” Staff lead devotions in the morning and at dinner, and eventually new residents, many of whom identify as atheist, warm up to the idea.

“And every now and then, they’ll ask us to pray for something,” says Cheryl.

“I wasn’t a praying person when I came,” recalls Christine. She says Hannah House made her more aware of God.

Christine first visited Mountain Park (MB) Church, Niagara Falls, where Cheryl’s husband Herm pastors, in 2008, right after Natalie’s birth. People from the church and Hannah House helped her move twice, and when she moved into a furnished home, “Cheryl arranged for me to store all my stuff under the stairs at her church,” says Christine.

Last August, Herm performed Christine’s wedding to Neil, a fellow student she met at Niagara College. “Neil likes it at Mountain Park too. We’re taking a marriage course now,” she says. Betsy from Hannah House was her bridesmaid.

Hannah House’s life coaches “go the extra mile over and over,” says Cheryl. The women often call on their coach to be with them through labour and delivery. And if a child gets sick, Hannah House staff rush to the hospital.

“We meet young women who are 14 or 15 when they become pregnant, and we don’t give up on them,” says Cheryl. “Even after they move out of Hannah House, those relationships carry on.”

“Where would I be without Hannah House? That’s a scary question!” says Christine, who still has dinner with Betsy twice a month. “So many things have happened along the way.”

“We can see the ways God intervened to keep her safe,” says Cheryl.

Okanagan Valley Pregnancy Care Centre: “where we need to be”

Coaching helps young moms get on their feet

Young adults ring in New Year on their...