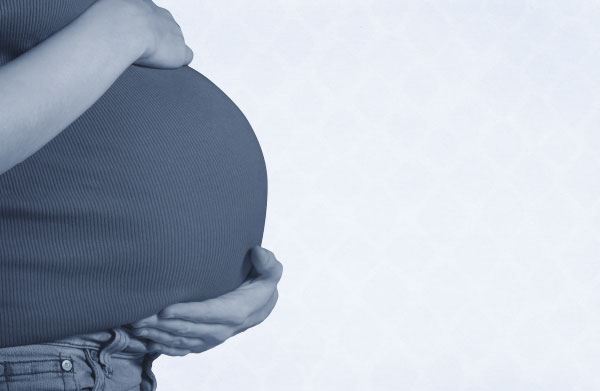 “We can look at a problem and start crying from the hills. Or we can look at solutions,” says pastor Mike Penninga of his church’s decision to partner with the Okanagan Valley Pregnancy Care Centre.

Kelowna (B.C.) Gospel Fellowship has a personal connection: OVPCC executive director Theresa White is part of the church family. “We want to support people we know and trust,” says Penninga, “so that when people see Theresa at church on Sunday, they say, ‘We support her; that’s awesome!’”

“And we have a lot of kids. It fits our ministry to families,” explains Penninga.

“Mike presents it in such a dynamic way, and KGF always goes above and beyond his challenge,” says White. “It’s because he puts our ministry in front of them with videos and testimonies that grab their hearts.”

KGF also delivers Christmas hampers to mothers referred by OVPCC. “We connect volunteers who want to serve,” says Penninga. “The centre has the list of names – they make the connections – and we have resources and people.”

“Five years ago, I came in [to OVPCC], the day I found out I was pregnant [at 18], with so much chaos in my soul, and I left with a peace I cannot explain,” Jenelle told Penninga in a video interview kicking off the 2014 Baby Bottle Campaign. “As soon as Theresa started talking, I knew God was here. She opened my eyes to the joyous side of having a baby.”

It’s not only teenage girls who feel overwhelmed by an unplanned pregnancy: the University of Ottawa’s faculty of medicine reports about half the women in Canada having abortions are over age 25, 36 percent are married and 45 percent already have children.

“We have clients whose husbands have told them, ‘If you have the baby, I’m leaving,’” says White. “They became single mothers because they chose not to abort. They need support.”

Churches can “adopt” a single mother and her children through the centre. “They walk her through pregnancy and special occasions like Christmas and birthdays – opening their homes,” says White.

White loves it when the leadership team from KGF visits the centre to listen and pray with staff and volunteers because “they see that we’re the church without walls in their community.”

“We’re here to protect the life of little ones, but also to protect women,” says White. In the past eight years, the centre has cared for more than 800 women through counselling, meals, parenting support.

“I want to be known as being for young moms and babies,” says Penninga. “So when people ask why I’m not picketing abortion clinics, I can say, ‘I support the pregnancy care centre because they’re helping people in those moments.'”

OVPCC: “where we need to be”