What's New
Leading through the trauma of covid: Part two...
Ask God which town
Where to from here?
CCMBC National Director attends 2022 ICOMB Summit
MCC Canada and MCC Manitoba sell shared property...
The world appears to be growing darker
Sharing a new and unified language
6 reasons to attend the MWC Global Assembly...
One too many
Just one more
Home MB HeraldColumns Four-foot-tall guides to the heart of God

Four-foot-tall guides to the heart of God

Finding salvation in the inner-city 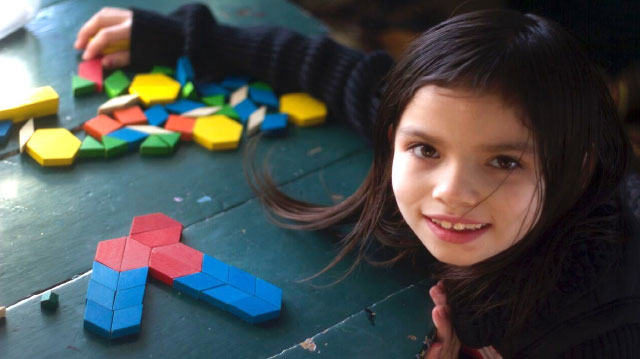 The kingdom of God is a mysterious thing, where wisdom speaks from the mouths of children, and those with the least money are the wealthiest in peace and love.

For five years, I worked at an inner-city ministry called Manitoba House (a drop-in that provides after-school activities and a Saturday breakfast program for children). While the staff, volunteers and I were the ones doing the “ministry,” I discovered that the children and the community also had a lot to teach me.

“I dreamed that God was real”

I was at the park with a group of kids on a Saturday afternoon. While pushing Naveah* on the swing, I listened to her share a dream that she had the night before.

“I dreamed that God was real!” she exclaimed.

“In my dream, God was real and he was walking around my neighbourhood. He gave me a hug, and he gave my cousin a hug!”

Naveah was like most of our kids – four-foot-tall bundles of energy, who didn’t like pancakes unless they were swimming in syrup. They may not attend church, yet these children understand spiritual truths in a way that adults may struggle to recognize.

The message I heard most often was that God is with us. Our Creator walks with us.

An everyday kind of salvation

You could almost say that I was saved while working in the inner-city of Winnipeg. Through the people I met, I learned that God is not as worried about my imperfections as I am.

I was saved from believing I can earn God’s love. At Manitoba House, I learned to ask for help: there was always more that I could be doing, and I could not accomplish the work on my own.

I was saved from believing God sent his Son to die so that I could feel safe and secure.

We worked with limited resources, as is the nature of not-for-profit work: I had to take risks and trust myself, the community and the other volunteers and staff. Our team put aside the need to quantify success by numbers. Instead success was when each child, staff and volunteer was treated with respect.

I discovered joy unrelated to the well-worn condition of our toys and games or the glitter permanently stuck between the floorboards.

We did a lot of dancing. We made dreamcatchers. We ate a lot of tacos (with more cheese than veggies).

The people I met graciously taught me about community, loyalty and putting family first. I learned to think about the difference between faith and culture and how to be respectful in the midst of it all.

“You are in God’s hands”

More than any specific action that I took, listening and being present with people were the most important things I had to offer. Often it was by letting the kids give to me that I gave: dignity, belonging and affirmation that they had something to offer.

Story time had just finished and Phoenix*, who was new to the drop-in, approached me.

“You are in God’s hands,” he declared, a plastic dinosaur in his hands and chili on his face.

“So are you,” I replied, thinking, I’m supposed to explain that to him.

In that moment, it was more important that I listen and accept what he had to teach me than to offer something in return.

Through the kids at Manitoba House, I encountered God. I learned that his love for me does not offer certainty but loyal commitment to walking with me. This is a gift that has the power to cross over the gaps of age, class, culture, gender, race and religion. When I spend time with people in this way, I discover that I am also being healed and saved.

*Names have been changed.

—Aleah Isaak attends McIvor Avenue MB Church, Winnipeg. She is a freelance writer and student at the University of Manitoba. As program director at Manitoba House, she hosted MB youth on short-term mission with SOAR Heartland during spring break.