“When a church goes through a decline in attendance, there’s a grasping,” says Jedidiah Carpentier, senior pastor of Portage Avenue Church, an 86-year-old Mennonite Brethren church in central Winnipeg. “You try more activities to stem the tide.”

“Focused Ministry is not about going to God with an anxious ‘Lord, we need this solved,’” says Carpentier. It’s about saying, “Let’s lay aside our agenda of what church should be or do.”

The answer they received was unexpected, but almost unanimous. 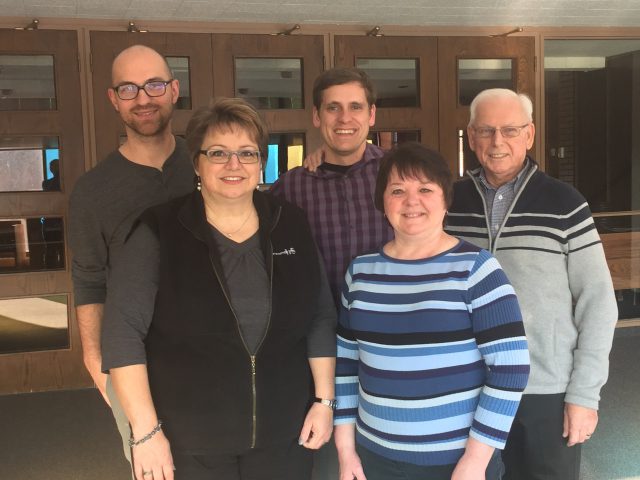 For a month, 16 PAC leaders – with very diverse perspectives – prayed every day as individuals and once a week as a group, guided by a devotional from Habakkuk. And the church prayed for the leaders.

“Council was a bit weary of another fix-it-now program,” says Carpentier. “But the focus on prayer convinced them.”

Oct. 2, 2015, PAC’s leaders discussed questions (provided by DaSilva), which opened the dialogue about what they thought church should be.

After the first session, many expressed discouragement over PAC’s lack of workers and momentum. “The average age of our church is quite elderly, and they’ve tried just about everything under the sun,” says Carpentier.

But part of Focused Ministry is also discussing the church’s positives: “What we do well is prayer: before the service, in the service, during the week,” says Carpentier. They celebrated PAC’s large, centrally-located facility and strong leadership.

“And we have a committed congregation, who, through all the ups and downs, are still here,” says Carpentier. “They love the church and want to see God’s kingdom grow in this community.”

“Just dream – as if there are no hurdles,” DaSilva and MBCM director of church relations Carson Samson told PAC’s leaders on the second day of meetings, Oct 3.

PAC’s leaders thought: What if we could work together with ethnic churches to reach younger generations?

Elton DaSilva had informed PAC about the trend of second-and-third generation Canadians leaving ethnic churches. Ethnic churches face challenges reaching their younger English-speaking generations, especially as they hold onto the “old country” for new immigrants too.

Working together as one congregation, a new, combined Sunday service would be directed at English-speaking youth, and PAC’s facility would host multiple services in other languages during the week.

“A lot of our member are immigrants themselves [from Russia],” says Carpentier. “They have a heart for our ethnic groups in our denomination.”

The hope is that ethnic churches would bring a unique cultural perspective, youthful vibrancy and more workers, while PAC offers their location, financial resources and sense of unity.

Carpentier stresses that this vision is not about inviting other churches to be part of PAC; instead, “this is us coming together to create something new. We need others to help us discover what that is.”

“We recognize we don’t have it all together,” says Carpentier.

“We’d be a lot stronger together than apart.” 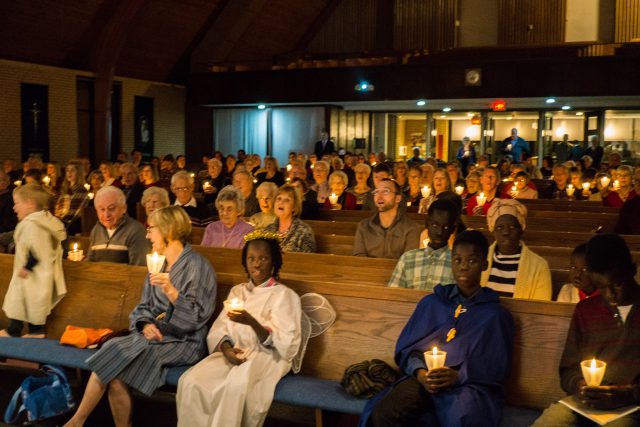 The original plan was complex: “Like good MBs, we wanted to have everything controlled and spelled out!” says Carpentier. “We had to go back to the drawing board a couple times to relinquish control, to say, ‘God, we’re trusting.’”

Mar. 13, 2016, the congregation voted, after praying and discussing the new mission statement in small groups. Leaders went table by table, addressing questions and concerns. It was a very clear yes: 89/2 in favour.

Carpentier calls the consensus a miracle. “That would have never happened if we hadn’t started with intentionally praying, softening our hearts, willing God to stretch us.”

“Working with MBCM has been a huge support for us in beginning conversations and getting us connected with ethnic churches in Manitoba,” says Carpentier.

He recommends Focused Ministry to other churches facing uncertainty: “They’re not alone in this.”

Carpentier stresses, “This is not about saving PAC.” The invitation is not for ethnic churches “to be part of what PAC is doing”; rather, he says, “Our arms are open: come help shape and transform what we’re doing.”

“The direction we’re going wasn’t where I wanted to go originally,” says Carpentier, “but if we’re willing to lay aside our agendas and hear God speak, he gives clarity.”—Angeline Schellenberg

Too busy to learn about Jesus?