What's New
Through the conflict, life carries on in Ukraine
A FOCUS on Mission
Must Patience Be So Slow?
Harold Jantz: A Heart for the Mennonite Story
Lorlie Barkman: A Life of Creative Engagement
Last Days, First Days
Women in Ministry: Bertha Dyck
January Moment in Prayer “Holy Spirit—Fill Us!”
The Church as the Patient Body of Christ
Advent: Making Much of Jesus: Christmas Day
Home News Experience the Bible up close

Experience the Bible up close 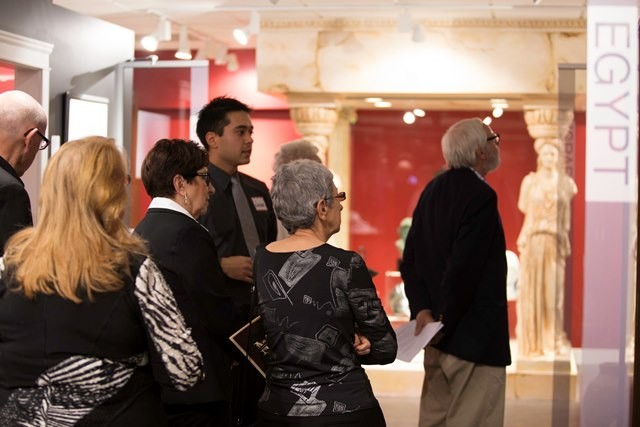 “It’s like a walk through a Bible encyclopedia,” said B.C. conference minister Rob Thiessen after his tour of the the Metzger Historical Collection.

The display, which contains more than 1,200 museum-quality replicas of archaeological artifacts and works of art, is housed in a newly-designed space in Columbia Bible College’s Resource Centre.

Items of note include a replica of the Rosetta Stone (original displayed in the British Museum, famous for providing the key to unlock Egyptian hieroglyphs) and a copy of the Gutenberg Bible, the first mass-produced book in Europe.

Thiessen’s response is in line with the vision of Rev. Dr. Frederick Metzger, who, inspired by a 1967 trip to Israel, amassed and curated the Collection over several decades.

Metzger hoped his artifacts would help the Greater Vancouver community engage with the biblical past in a more meaningful way.

A Christian minister and missionary, Metzger has been honoured for his efforts to rescue Jews in Nazi-era Germany and later to assist more than 4,000 Hungarian refugees immigrate to Canada.

A Feb. 13, 2015, private showing of the collection was attended by Abbotsford mayor Henry Braun, friends of the Metzger family, and members of the Columbia community.

“These replicas bring us as close as possible to the real thing,” said Hans Kouwenberg. “You’d have to travel all over the world to see them in museums.”

Kouwenberg, board member of the Biblical Museum of Canada Foundation responsible for transferring the Collection to its new setting at Columbia, is enthusiastic about its potential for enhancing the knowledge and faith of the local community.

Columbia Bible College inherited the collection after Metzger’s death in 2011, renaming it in his honour. The displays opens to the public Mar. 14, 2015, with an open house celebration 10 a.m. to 4 p.m.

Columbia Bible College is dedicated to equipping people for a life of discipleship, ministry and leadership in service to the church and community. Founded in 1936, Columbia currently serves over 380 students enrolled in five certificate and six diploma & degree programs.