What's New
Leading through the trauma of covid: Part two...
Ask God which town
Where to from here?
CCMBC National Director attends 2022 ICOMB Summit
MCC Canada and MCC Manitoba sell shared property...
The world appears to be growing darker
Sharing a new and unified language
6 reasons to attend the MWC Global Assembly...
One too many
Just one more
Home Life & Faithfeature articles Disappointment in prayer?

In spring 2010, Highland Community Church, Abbotsford, B.C., hosted a three-part series of conversations on unanswered prayer. The following is an excerpt from a panel discussion with congregation member and spiritual director Steve Imbach and author of Can You Hear Me? Brad Jersak, hosted by pastors Andrew Dyck and J Janzen.

Andrew: Some people get to a point where they no longer expect God to change us or the world, so they simply say, “I’m not going to ask. I’m not going to pray anymore.” What would you say to someone who believes that God doesn’t “stick his fingers into our world”?

Steve: I would ask the person to tell me about his or her disappointment. I would then say, “Embrace the disappointment, and offer it to God. Your disappointment isn’t going to stop the activity of the Holy Spirit in your life.”

Brad: I remember bumper stickers with the proverb, “Prayer doesn’t change things, it changes you.” That was supposed to settle us down. But I see Jesus expecting more than that. So I would say, “Let the promises that prayer is powerful and effective bother you. Don’t try to escape disappointment by constructing prayers for which no faith is required, because Jesus isn’t okay with that.”

Andrew: So will God do whatever, whether I have faith or not?

Steve: God works in cooperation with us, but God is still sovereign. I don’t understand all that.

Andrew: Then what is the point of prayer?

Steve: It’s connection, communication, being in communion with God. My prayers often vacillate: sometimes I believe God strongly, and sometimes I doubt him. It’s just about being with God, who wants to be with us.

Brad: Prayer, for me, once felt like leaving an answering machine message for God, and faith was hoping he would check his messages. A prayer was “answered” if I saw a shift in the circumstances connected to those messages.

But there’s something about treating prayer as a face-to-face conversation with a living friend. For example, my brother had this experience of asking God a question and then getting a direct answer. Although he had been a believer all his life, suddenly it hit him: God knows me! My brother literally giggled all night – and he didn’t even receive what he was requesting.

Andrew: So how does “asking prayer” – for myself or on behalf of others – change if God is a person with whom I’m in relationship? 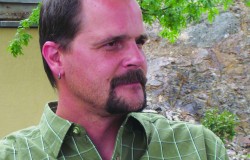 Brad: I was struggling with this problem. If I don’t get what I want, but I do get God, then why not skip the asking part and just go to God? I understand that God doesn’t always do what I ask. So let’s just “do worship and intimacy.”

I came to realize that as I petition, I might not get what I ask, but I will get God in a way that is sufficient for that particular need. For example, in 2008 we had about 35 tragedies where I did not see God answer prayers the way I wanted him to. There were times, I think, where God answered needs in a way that I can’t yet see – so it’s a cross for me; not a place of victory. But maybe that’s it. I saw Jesus sit in the pain with us. Jesus came very close and was in the affliction with us, so that even some of the worst things were the best things that ever happened to us.

J: What you’re implying is that at some point it might be good to stop praying certain prayers, or to at least reframe the way in which we see a situation. How do you know when to change the way you’re praying?

Brad: I’m not saying, “Don’t ask what you want.” I think we have to be able to cry out what’s actually there until the cry is turned to hope or peace.

Steve: I think we need to cry out our disappointments and hurts and sufferings and joys, but we can’t manage the response we get. We can’t control it.

If I need to change what I’m praying, usually it comes by being still with God and listening. It’s often a nudging: Steve, what about this? Or a friend might say, “What about looking at or praying about your situation this way?” 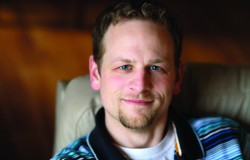 J: What you’re both suggesting is that we should keep “praying the rawness” to God and with others, and it will shift if it needs to change.

Brad: Here’s how I do it. In my heart, I kneel with Christ in the garden of Gethsemane, and instead of watching the circumstances for my cue, I try to watch Christ as his prayer shifts. So when I’m especially desperate, and I’m praying for someone I deeply care about, I see Jesus’ agony, but I don’t get stuck, because he moves from agony to comfort to hope to promise. I just try to stay in sync with him.

J: Taking our cues from Jesus rather than the circumstances in which we find ourselves is a key practice?

Brad: Right, because when I see Jesus go to peace – even though nothing has changed “out here” – I’m like, If he’s at peace, maybe I can be, too.

I’ll ask, “Why are you so peaceful?” Then I’ll see what he says.

Andrew: To talk about bringing our wants to God can seem consumeristic – awfully greedy and proud. Why would we start by talking about our wants?

Steve: Probably because that’s all I know.

Brad: And we’re told to.

Steve: I can’t help but think, If God really does care for me, like I care for my own grandchildren – when they ask me for something it delights me – why shouldn’t I be able to do the same with my Father?

Andrew: So it’s back to relationship. My wants have some kind of a place in a relationship, even though they’re not everything, or even primary.

That reminds me of a woman who once said that sometimes, as she was starting to identify what she wanted in prayer, she would realize that she hadn’t spelled it all out. So she would keep going until she reached a point where she could say to herself, This is what I really desire. That process was a form of confession.

Andrew: Paying attention to our wants is a way to notice where we are at as people. It’s a kind of an honesty check about who we are, even if our wants may need changing.

J: Are you suggesting that we should have a different picture of how Jesus receives our prayers? For example, he’s not thinking, Tsk, tsk, here’s this selfish and annoying kid coming to ask me the same thing again.

Steve: When little children are growing up, they just ask for things. That’s who they are. I’m just a little child and I keep asking for things – probably because life is centred around me. So that’s where I start most of the time. But as you mature, you learn that that’s not all there is to it.

J: It sounds like you’ve learned that Jesus isn’t as hard on our requests as perhaps we are on our own prayers.

J: So what are good pictures of prayer we might hold to?

Steve: One of my favourite images comes out of Isaiah 40, where I’m held in the arms of the shepherd, as a lamb close to his heart. Most of the time I’m peering around, looking at all the things I can get attached to, and not really looking at God. The reality, however, is that I’m still held.

Brad: I used to see myself begging before the throne. Now I see myself as a child on God’s lap. Ephesians says we are now seated with Christ in heavenly realms (2:6), and elsewhere we’re told the enemy and the world are God’s footstool (Acts 7:49). By seeing myself on God’s lap, it’s an acknowledgment of my littleness – but what a safe feeling!

Andrew: If you were to leave people with one thought, what would it be?

Steve: God is good. Will you receive from the hand of God?

Brad: I would encourage people to ask Jesus, “Who are you?” and just let God say who he wants to be for you these days.

Brad Jersak is an author and teacher based in Abbotsford, B.C., where he attends Fresh Wind Christian Fellowship.

Steve Imbach is a spiritual director associated with SoulStream in Abbotsford, B.C., where he attends Highland Community Church.