What's New
Leading through the trauma of covid: Part two...
Ask God which town
Where to from here?
CCMBC National Director attends 2022 ICOMB Summit
MCC Canada and MCC Manitoba sell shared property...
The world appears to be growing darker
Sharing a new and unified language
6 reasons to attend the MWC Global Assembly...
One too many
Just one more
Home News Cookie-cutter-free connection

“The main thing I wanted people to take home is that there’s no difference between Sunday and Monday,” says Dan Unrau, who has been pastoring 34 years. “What does it mean to follow Jesus? That there is no separation between reading the Bible and doing what it says.”

During his term as interim pastor at Fraserview Church, Richmond, B.C., from 2017–18, Unrau wrote a Spiritual Discipline of the Week in the bulletin, suggestions such as “Read the Easter story (John 20:1–18) again, and then write…something that you remember about the Easter of your childhood, or a meaningful family tradition around the season, or an Easter service that sticks in your memory, or an Easter prayer of thanksgiving.”

The Spiritual Discipline of the Week grew out of one of Unrau and office administrator Edith Kliewer’s Friday-morning bulletin-writing sessions. “I’ve always been hand on with the bulletin,” he says, citing their value as teaching tools. An avid reader, Unrau’s ideas were shaped by writers such as Frederick Buechner, Richard Rohr, Henri Nouwen, and Oswald Chambers. 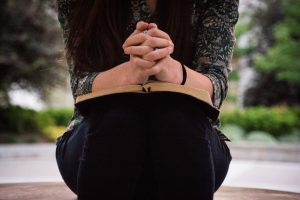 Ingrid Seel appreciated being exposed to such a variety of ideas, both practical and devotional, including reflecting on a

Psalm by reading it slowly three times in one sitting – a new experience for her.

“Certain words stand out the second time, and the third time – you sense that it’s coming more alive as you read it repetitively and meditate on it,” says Seel. “I would like to keep doing that.”

“God speaks to us in many different ways: that never ceases to amaze me,” says Seel. “There’s no cookie cutter for the way we walk with God.”

Active members of a family

Diana Alcock appreciated Unrau’s cue to pray for leaders. “It reminds us we’re bigger than the church; we play a part in the larger world.”

She took seriously his recommendation to read the whole book of Acts and write a paragraph on how her reading informs the life of the church. After comparing and contrasting the churches in Acts to Fraserview, Alcock discussed her observations with the pastors and members of the church council.

“All spiritual practices focus you on the important matters: reading Scripture and being an active member in your church,” she says. “When people say things like, ‘I’m not happy in my church; I’m leaving,’ I tell them: ‘You can be part of the solution. We’re a family, and you can help make it better.’”

A jar of jam in Jesus’ name 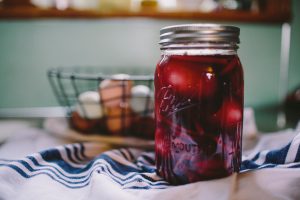 Both women took the bulletin’s suggestion to connect with somebody with whom they didn’t talk regularly. Seel reached out to a family walking through cancer treatment. “I left the family a jar of apricot jam and a note saying I was thinking of them,” she says, “and I prayed for them as I did that.” The family was grateful.

Alcock called a friend in Alberta she hadn’t spoken to for years. “It turns out she needed to hear from me right then,” says Alcock. The Grade 3–6 Sunday school teacher also challenged her students to reach out to someone and then the class discussed their experiences.

“It’s so simple,” says Seel, “but we all need reminders to be thoughtful and show someone we’re thinking of them.”

“We get distracted by noise and haste of daily lives and forget to put spiritual practices into our weeks,” says Alcock. “The bulletins helped us remember what we’re really here for.”

As a result of practising the disciplines in the bulletin, Alcock says, “I’ve become more aware when someone isn’t in church on Sunday, and I reach out.”

“For some people who feel powerless or don’t feel they have a lot to give, it’s an encouragement: ‘Yes, you do!’” she says. “If that’s praying for someone or being there for them, you have a spot in the world that’s important.”

“It helped my husband and myself get through a difficult time,” says Alcock. “Especially remembering to just be, to breathe.”