What's New
Abortion, the image of God, and faithful witness...
Choosing motherhood: The sacrifice of honouring life
MWC Assembly small but full of joy
Bad back doesn’t hold back MDS volunteer
Transition in CCMBC National Faith and Life Leadership
Leading through the trauma of covid: Part three...
The church distracted: When the main thing is...
Remote wilderness rescue turns into service with MDS...
How open is your mind?
Following Jesus together across barriers
Home News Just following the call of God

Just following the call of God

An Olympian-turned-lawyer, an English language educator, a businessman with a passion for international development and a couple who have ministered for more than 45 years in Winnipeg’s North End are the recipients of Canadian Mennonite University’s (CMU) 2015 Blazer Distinguished Alumni Awards.

The distinguished alumni awards celebrate alumni who, through their lives, embody CMU’s values and mission of service, leadership, and reconciliation in church and society. The awards are presented to alumni from CMU and its predecessor colleges: Canadian Mennonite Bible College (CMBC) and Mennonite Brethren Bible College (MBBC)/Concord College.

“The story of the character and quality of a university is made true through the lives of its alumni,” Pauls says. “CMU is honoured by the commitments and courage of this year’s Blazer Alumni Award recipients, and excited to see how their stories will inspire the faithfulness of later generations.” 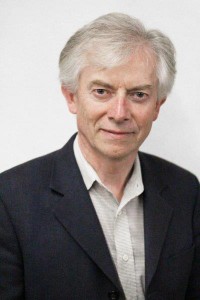 Since graduating from MBBC, Gerry Dyck (’82) has fused his interest in business with his interest in international development to make a difference. Dyck is co-founder and president of Kalora Interiors International, a business that specializes in décor solutions for the home furnishings industry. An offshoot of a multi-national non-profit charity called International Development Enterprises, Kalora was established to match the needs of suppliers from the developing world with the needs of customers in the Western world. Dyck is also involved with the Ontario Board of Church Extension, with a focus on church planting in large urban centres in Ontario. He lives in St. Jacobs, Ont. 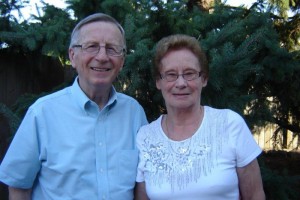 Last year, Arno and Lena Fast (MBBC ‘55) celebrated their 85th birthdays, their 60th wedding anniversary and 45 years of ministry at Salem Community Bible Church in Winnipeg’s West Alexander neighbourhood. At a time when many are enjoying retirement, the Fasts remain committed to their work at the church. Salem was close to shutting its doors in 1969 when the Fasts began working there. Since then, the congregation has grown into a thriving, multicultural mix of 100 adults and children. Arno is currently mentoring his 32-year-old grandson into the ministry role at the church. “We don’t feel we’ve done anything exceptional,” Arno says. “We just followed the call of God.” 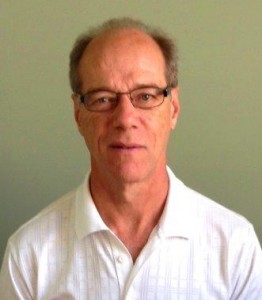 Lawyer, teacher, coach, musician, Olympic athlete – Larry Plenert (CMBC ’78) has worn many hats. His 6’6” frame and prowess on the volleyball court earned him a spot on Canada’s national volleyball team starting in 1973, which led to competing in the 1976 Summer Olympics in Montreal. After a short stint teaching, Plenert finished his Bachelor of Theology and then moved on to law school. Plenert practiced law in Abbotsford, B.C. for 27 years. Since 2008, he has worked as an adjudicator of claims of serious physical or sexual abuse by former students of Indian Residential Schools. He lives in Fort Langley, B.C. 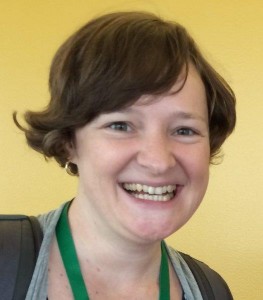 Peacemaking, language, and education are interests that have continually woven together in the life of Cheryl Woelk (CMU ‘03). From 2002-08, she was a Mennonite Church Canada Witness Worker in Seoul, South Korea where she worked as education coordinator at the Korean Anabaptist Center and head teacher at Connexus, the English language school Woelk and her KAC colleagues founded. After earning a Master of Arts in Education, Woelk and her family moved to Saskatoon, SK. She is currently involved in a variety of projects there, including Language for Peace, which brings together teachers and learners interested in the connection of language, peace, and education from a Mennonite perspective.

Pauls will present the awards during CMU’s Opening Program at 7:00 PM on Saturday, September 26 in Marpeck Commons (2299 Grant Ave.) as part of CMU’s Fall Festival.

Prior to the Opening Program, the public is invited to meet and interact with Plenert, Woelk, Dyck, and the Fasts during an event at 4:00 PM in CMU’s Laudamus Auditorium (500 Shaftesbury Blvd.). During this hour, each recipient will be introduced, and each will reflect on their personal and professional journeys.