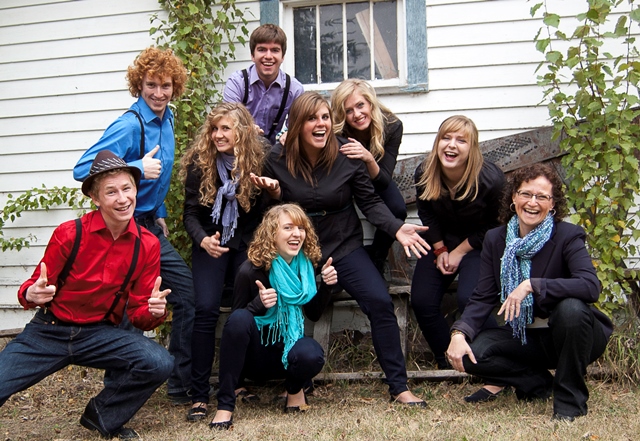 “As you come to him, the living Stone – rejected by humans but chosen by God and precious to him – you also, like living stones, are being built into a spiritual house…” (1 Peter 2:4–5).

These words of Peter written a long time ago, spoke to us during our annual Bethany Players (drama team) tour, Apr. 22–May 6.

We began the trip in a 15-passenger van with lists: destinations, sketches and skits, billets, and students. As we returned, the lists had been transformed into people and experiences, glimpses of the Kingdom, and congregations whom our Christ loves. The miles travelled shaped the team and the performances. 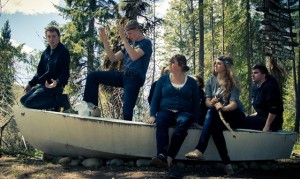 We found ourselves often in creatively constructed, repurposed, or restored buildings: a hospital rebuilt into a farm house, an abandoned public school reclaimed and restored, a small town youth drop-in centre supported by all the surrounding churches, a church in Calgary whose multiple additions adapted to changing needs, a house built for three generations from the trees cleared from the land with room for the at-risk people that their Lord brought to them.

Parliament Community, Regina Christian, The Cube in Herbert, Highland MB, Langley Community, the Sudermans, Steve and Evy’s Hazelnut farm, MEI, Greendale, Highroad Academy, Yarrow, a Starbucks in Chilliwack, Bakerview Seniors, Gospel Chapel, College Drive with the Penners, Crestwood in Medicine Hat. We made so many endearing connections with God’s people across the provinces, coming alongside people for a short while, witnessing how God is already at work among them.

It was wonderful to reconnect with alumni from across Bethany’s history, from David Nickel at Bakerview who attended in 1939, to more current alumni and students who supported us all along the way. We are grateful to all who welcomed us into their homes, and into their congregations.

Our final stop in Crestwood included a tour into an upper room where we had a preview of a new vision for the sanctuary. There were beautiful sheets of glass – deep blue with lighter swirls, tawny yellows, richly textured greens. On the wall were tacked detailed numbered diagrams, like paint-by-number, except these were stain-glass numbers, patterns that pulled together the story of Scripture into an amazing glass and metal series. Some were still uncut, and some already fit into their metal shapes. An artist had designed and planned, the pastor cut the glass, and other artists in the congregation were piecing together the glass and metal into images that moved from creation through to the day that Christ returns and makes all things new. You could imagine the light streaming through the glass, bringing the pictures to life…“you also, like living stones, are being built into a spiritual house.”

May we serve Him faithfully with the gifts that he has given.