What's New
A FOCUS on Mission
Must Patience Be So Slow?
Harold Jantz: A Heart for the Mennonite Story
Lorlie Barkman: A Life of Creative Engagement
Last Days, First Days
Women in Ministry: Bertha Dyck
January Moment in Prayer “Holy Spirit—Fill Us!”
The Church as the Patient Body of Christ
Advent: Making Much of Jesus: Christmas Day
Advent: Making Much of Jesus: Fourth Advent
Home Arts & Culture A trailblazing book about pioneering missionaries

A trailblazing book about pioneering missionaries 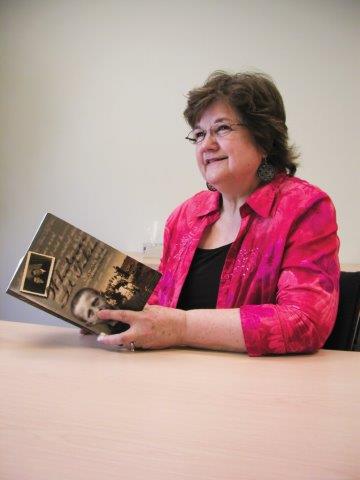 As a missionary in Colombia during the 1990s, Dorothy Siebert saw the dearth of materials available to Spanish-speaking pastors and church leaders. A dream was born to provide a resource for MB leaders and church members throughout Latin America.

Since Colombian Mennonites wanted to learn Anabaptist history, both “ancient” and recent, Siebert wrote the life story of Albert and Anna Enns. Albert, a German-speaking Russian-national Mennonite-faith immigrant to Paraguay, and his wife Anna, whom he had courted by letter, were missionaries with MB Mission and Services International. They pioneered in the fields of mobile evangelism and ministry to Spanish speakers in Latin America.

Many Latin Americans are accustomed to war or prolonged conflict situations in their country, so a belief system that promotes pacifism is “very unique and attractive,” says Siebert. “To be a peaceable people is a novel concept.”

Pushed to the edge

But the Enns’ story is “not all rosy,” she says. A fan of detective stories and biographies about people who are pushed to the edge, Siebert wrote to explore the motivation of this bold, sacrificing leader, not to tell “a nice missionary story.” She appreciates how the couple trusted her by openly sharing struggles and failures, she says. 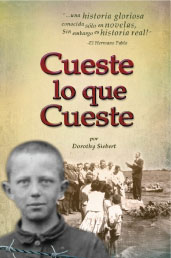 Despite fluency in Spanish and German, which allowed her to wade through hundreds of pages of handwritten letters and journals in those languages, Siebert wrote in English, her mother tongue. Whatever it Takes was self-published in 2001 (sponsored by the Enns family) but re-printed by Kindred Productions in 2004.

Siebert’s intention was always to create a manuscript for translation into Spanish, however. The culmination of that dream happened this summer with the launch of Cueste lo que cueste in Paraguay.

The engaging story was translated by Jorge Quiroga, a Brethren In Christ member and professional translator, from Colombia. Siebert spent the winter working with Quiroga’s drafts and “biting her nails about accuracy” of the story which spans seven countries. (The widespread availability of information on the internet makes it possible to challenge the accuracy of places and dates.)

Siebert is “extremely pleased” with the final product. “The translator was excellent; [the writing] is lyrical and beautiful.”

MBMSI director Randy Friesen has made Whatever it Takes required reading for staff in training, and now Latin American leaders can read it in Spanish.

At the Mennonite World Conference assembly in Paraguay in July, MBMSI distributed 100 copies of the new translation to Spanish-speaking MB conference leaders. A number of Spanish MB conference pastors together with the International Committee for Mennonite Brethren attended a dinner hosted by MBMSI to honour Albert and Anna Enns for their work in Paraguay and Colombia.

Later, at a Spanish church outside Asuncion, a man told Friesen that four generations of his family now follow Jesus after his grandmother became the first convert in the neighbourhood through the Enns’ ministry.

“The transformation of that family…put the Enns story in perspective,” says Friesen.

How to encourage global service workers