What's New
Through the conflict, life carries on in Ukraine
A FOCUS on Mission
Must Patience Be So Slow?
Harold Jantz: A Heart for the Mennonite Story
Lorlie Barkman: A Life of Creative Engagement
Last Days, First Days
Women in Ministry: Bertha Dyck
January Moment in Prayer “Holy Spirit—Fill Us!”
The Church as the Patient Body of Christ
Advent: Making Much of Jesus: Christmas Day
Home Life & Faithfeature articles 5 Mennonite Brethren gifts for our Muslim friends

An interview with Gordon Nickel 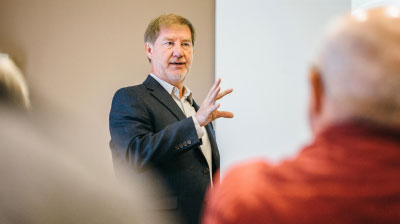 In postmodern culture, it’s considered impolite or disrespectful to disagree on matters of eternal consequence like religion – though the harshest condemnation can be unleashed on trifles like pairing cheese and fish. People are uncomfortable saying anything critical of other faiths in a multicultural society.

Islam scholar Gordon Nickel, an adjunct professor at the University of Calgary, is not afraid to stand up for the truth claims of the Bible, especially in the arena of interfaith dialogue. Raised in South Asia where his parents worked for our mission agency, Nickel completed PhD studies on the Qur’an and speaks Urdu with near-native proficiency. But the MB church member (and former associate editor of this publication) is not afraid to – peacefully – question the teachings of Islam.

The apostle Paul writes in 1 Corinthians 15 that Christ died for our sins, was buried, raised and appeared to many: “This is a verbal message that has spiritual power to save,” says Nickel. “Why would we not articulate the message that saves?”

He urges Christians not to be afraid to speak about the message of the gospel. “When we meet our Muslim friends, they’re the ones bringing [issues of faith] up,” he says.

“I always highlight the beauty of the gospel that speaks to those problems [we see in the world around us] and helps us to see our own faith,” says Nickel.

Nickel’s ability to lovingly but clearly articulate the truth of the gospel has kept him busy for the past three years, methodically but meekly dismantling a Muslim polemic whose accusations against Christianity have been confusing and cowing believers in the Indian subcontinent for more than 100 years.

Nickel’s book project, undertaken at the insistence of a friend and disciple from a Muslim background (see sidebar), is called The Gentle Answer to the Muslim Accusation of Biblical Falsification. Nickel and his wife Gwenyth moved to South Asia at the beginning of 2015 to start up and direct a Centre for Islamic Studies at a major evangelical graduate school.

He enumerates five points that we particularly as Mennonite Brethren can bring when we meet our Muslim neighbours, be they across the street or around the world.

1. A message that saves and a power that transforms

“We have a gospel that saves,” says Nickel, citing Romans 1:16: the power of God that brings salvation to everyone who believes.

“The human heart is set in the wrong direction. We need a power that deals with the heart,” says Nickel.

“This nice young man [who goes off to fight with Islamic State has] a feeling that this is what is required of him as a Muslim. There needs to be a resource that changes the roots, changes deep down, and I believe we have that in the gospel.”

In his 1999 book, Peaceable Witness Among Muslims, Nickel calls the gospel “spiritual dynamite…able to work in the hearts and minds of
people beyond our presence and witness.”

And at the heart of the gospel is peace. “The Christian message is one of reconciliation” – peace with not only God but also our fellow human beings. “When the church shows this reconciliation to the world, it bears witness to the power of the cross,” he writes.

Christians can testify to the work God has done in our own lives to make us more like Christ. Especially in the wake of last month’s violent events in Paris, love in response to hatred demonstrates the power of the gospel.

“The concept of a change of direction, change of heart is something we experience [as Christians] and have to offer to others,” says Nickel.

It’s natural as Christ followers that our witness includes proclamation of our hope and compassion ministries. The book of Acts is full of people “living out the Jesus ways; they’re peaceable, they’re following his example, they’re dying for it, and they’re continually telling about what God did through Jesus on the cross.”

“One of the weakest areas of work among Muslims is disciple making,” says Nickel.

“It’s a long road to stable discipleship because of all the questions Islam poses.” Compound that with the fact that a convert is often rejected by his or her family, and may need to find new employment and a place to live. “It’s a really difficult road from conversion to strong discipleship.”

In the West, Nickel observes, it’s easy to direct a new believer to pastors and programs in a church and think of them as taken care of. But people need others to walk alongside them to model the way of Christ and discover Scripture together. “Guide them through and befriend them and pray with them and cry with them,” he says.

“There’s a big need for Christian workers to stick with these brothers and sisters to maturity,” he says. That is where Mennonite Brethren, who have always understood our faith with an emphasis on discipleship, are well prepared. Nickel observes that many Christians are shy about overt evangelism; however, we can be those who stick with new Christians from a Muslim background for the long term.

“When we do our disciple making, gathering people into the body of Christ, we have this great resource in the law of Christ,” says Nickel. Sometimes we don’t talk about law, because we have been so schooled by evangelicalism in the message of grace, “but in the context of Islam, we really should be talking about law because Muslims are acting out what they conceive as a law from God.”

“That’s got the ring of deity.” After hearing the law of Christ, Nickel says, some Muslims have turned to Jesus, saying, “No one could say that other than God.” But what follows for these converts is the long road of learning new patterns.

The teachings of Christ on behaviour contrast with Muslim teachings, says Nickel. “We emphasize that Jesus is Lord and that means he calls the shots now; he has authority to tell us how to behave. It’s a lordship of one who taught and modelled peace; it’s quite a different lordship, quite a different authority from what Muslims may have known before.”

The spiritual struggle to recognize the lordship of Jesus – whom a Muslim has been taught is but one in a line of prophets – can be significant.

4. The power of the Holy Spirit

“The concept I get from Scripture,” says Nickel, “is that where you have the law of Christ, you have a lordship to Christ and you’re striving to behave like he says, you’re not left to your own resources.” That’s not to say we don’t still fail, but “the Holy Spirit helps us in our weakness, even to pray, it says in Romans 8.”

“We have a power in the Holy Spirit that changes lives; with Islam, there is no concept of a power like that,” says Nickel. There are four references to ruh al-qudus, “but because the concept isn’t there of a spiritual power to help you, they don’t recognize that as the Holy Spirit.”

There is much Christians don’t understand about the Holy Spirit, “but I think we all agree it’s a power to help us do what is right,” says Nickel.

And “that wonderful list of those fruits that come through the Holy Spirit” in Galatians is actually unattainable without the Spirit’s help.

More than that, it is a power to help us testify to the hope we have. Jesus links the Spirit with bearing witness to the truth: “But you will receive power when the Holy Spirit comes on you; and you will be my witnesses in Jerusalem” (Acts 1:8) and “When you are brought before synagogues, rulers and authorities, do not worry about how you will defend yourselves or what you will say, for the Holy Spirit will teach you at that time what you should say” (Luke 12:11–12).

The invitation is not only to come to Christ, but to “come to this community of people who believe like you who will love you and will help you to do what you now want to do,” says Nickel. “I think the world doesn’t quite understand that appeal [of community]” whether a Christian community or that of something like Islamic State.

“To live a bold, cutting-edge life of loving enemies,…we probably can’t actually do [it] except for the help of the Holy Spirit and a community of disciples of Jesus,” says Nickel.

Islam also has the umma, a powerful concept “of being part of a group of the best people in the world” with a proud political identity and confident religious commitment, yet despite its strong power to communicate belonging, says Nickel, it’s not the same as Christian community.

“One of the differences is that the Body of Christ is gathered around Christ. We’re looking to his example, his teaching, and we talk about the movement of the Holy Spirit in the interpretation of Scripture and determining God’s will,” says Nickel. We experience the love of God through the community of believers – friends who encourage us, stand behind us and pray for us as we follow the way of peace.

Read more: Discovering the Son of God: Spirit and truth 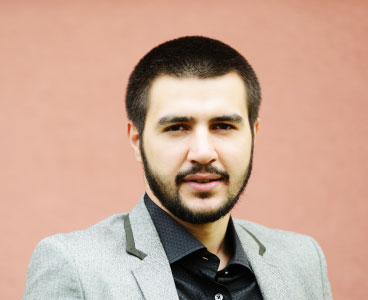 Tips for engaging a friendship with a Muslim

1. Ask about their faith. But don’t start with something contentious like “Son of God.”

2. Ask about festivals and rituals

5. Don’t be afraid to say “I don’t know” to questions about your faith…but then go find out.

The Story of the Great King (A parable of Immanuel in Islamic style)
Gordon Nickel
MB Herald, Dec. 1, 2000

Journeys of the Muslim Nation and the Christian Church: Exploring the Mission of Two Communities
David W. Shenk
Herald Press 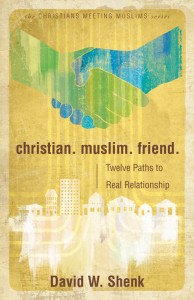 Qur’an and Injil: Reflections on Qur’anic text and commentary