What's New
Through the conflict, life carries on in Ukraine
A FOCUS on Mission
Must Patience Be So Slow?
Harold Jantz: A Heart for the Mennonite Story
Lorlie Barkman: A Life of Creative Engagement
Last Days, First Days
Women in Ministry: Bertha Dyck
January Moment in Prayer “Holy Spirit—Fill Us!”
The Church as the Patient Body of Christ
Advent: Making Much of Jesus: Christmas Day
Home News Foodgrains Bank receives $2.5 million from Government of Canada for Syria Relief 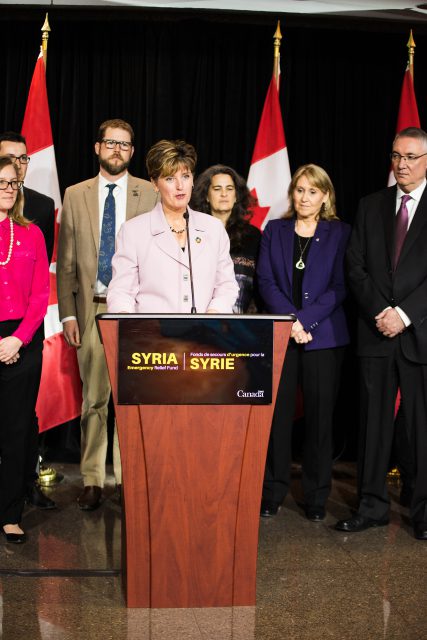 Emergency assistance to 57,000 people a month for five months within Syria

A grant of $2.5 million from the Canadian government will enable Canadian Foodgrains Bank to continue to assist people affected by the conflict in Syria.

Funds from the grant will support programs implemented by Foodgrains Bank member agencies and their partners working inside Syria.

The grant will be used to provide emergency food rations for 11,316 families displaced from their homes by the conflict and those hosting these families (about 57,000 people).

The announcement was made by the Honourable Marie-Claude Bibeau, Minister of International Development and La Francophonie.
“Once again, Canadians have demonstrated their incredible generosity and compassion by helping millions of people still requiring assistance in Syria and the region,” she said. 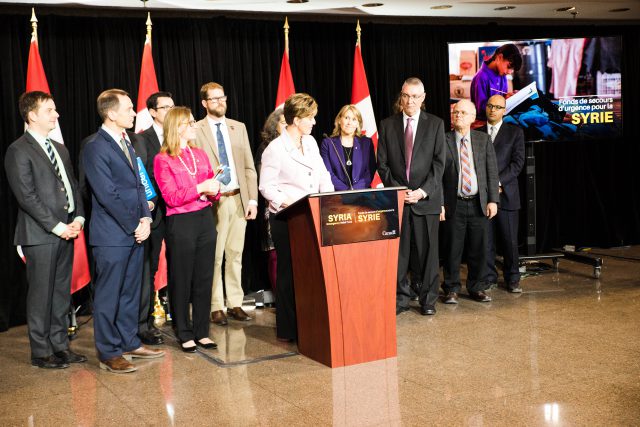 Jim Cornelius, executive director of the Foodgrains Bank, recently met with a group of Syrians who are living inside Syria and who are managing some of the food distributions.

He reports that “they expressed deep appreciation for the food assistance being provided by the people and Government of Canada. Not only is the food desperately needed, it is also a sign that someone has noticed and cares about their plight. It provides hope in a context where it is often difficult to hope.”

Since November 2012, the Foodgrains Bank has provided over $30 million in emergency food assistance for people affected by the Syrian crisis, whether they are still living inside Syria or have fled to Lebanon and Jordan.

With this new $2.5 million grant, the Foodgrains Bank has now received $11.75 million in special funding from the Government of Canada for the Syrian crisis response, in addition to the regular ongoing support provided to Foodgrains Bank-supported humanitarian programs in the region.